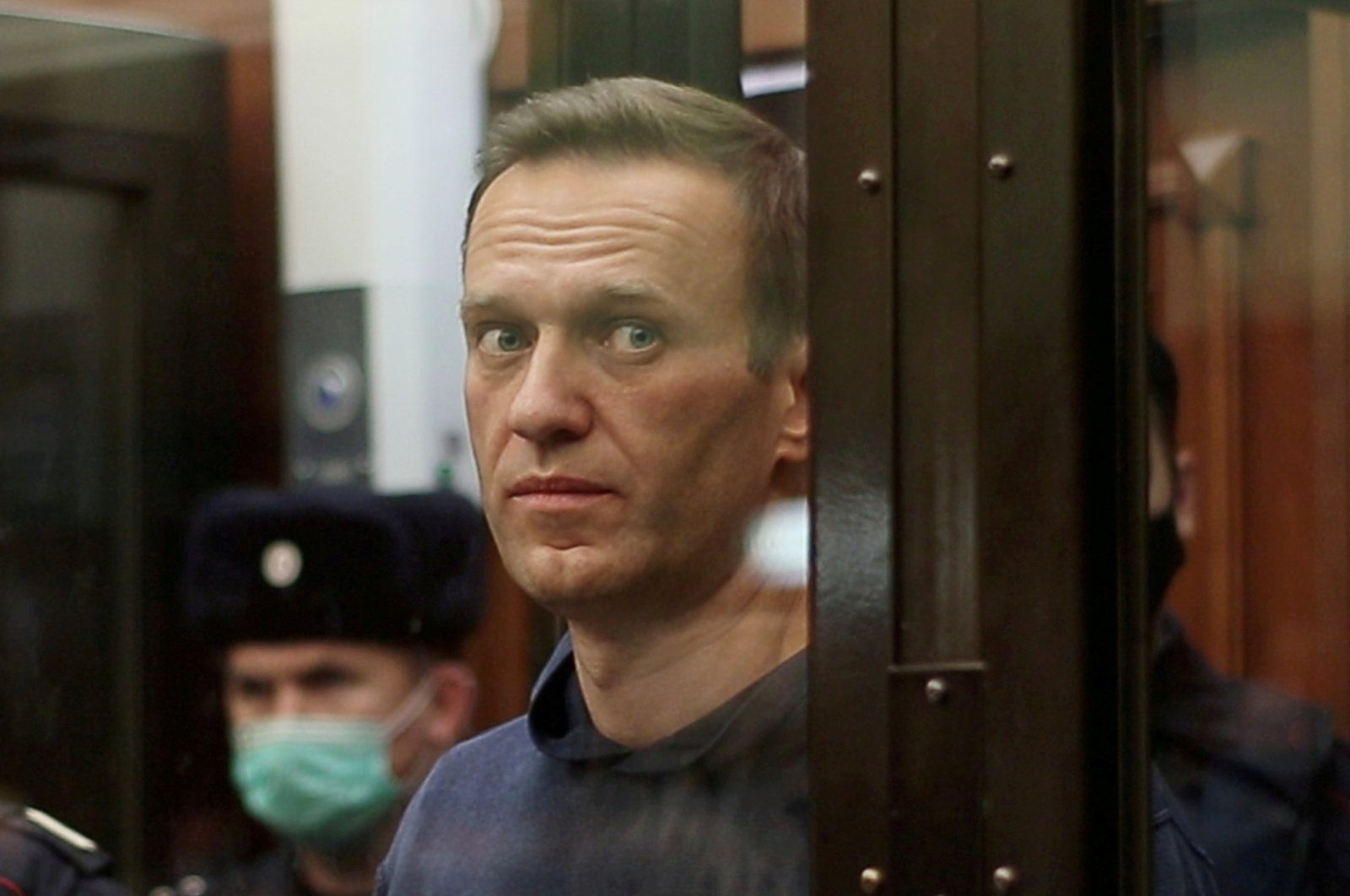 A still image taken from video footage shows Russian opposition leader Alexei Navalny, who is accused of flouting the terms of a suspended sentence for embezzlement, inside a defendant dock during the announcement of a court verdict in Moscow, Russia, Feb. 2, 2021. (Reuters Photo)
by German Press Agency - DPA Feb 05, 2021 3:59 pm
RECOMMENDED

A Russian doctor who treated leading opposition figure Alexei Navalny immediately after the poison attack last August has died at the age of 56.

The deputy chief physician for anesthesiology and resuscitation, Sergei Maximishin, "suddenly passed away," his hospital in the Siberian city of Omsk announced. Maximishin had worked at the hospital for 28 years.

The hospital did not give a cause of death, but media reports said that he had suffered a cardiac arrest.

In November, the head doctor at the same hospital, Alexander Murakhovsky, who had come under pressure for his treatment of Navalny, was promoted to the position of health minister for the region.

At the time, Murakhovsky had only certified that Navalny was suffering from a metabolic disorder, not the effects of poisoning. Navalny accused him of "falsifying" the diagnosis.

Navalny collapsed during a flight on Aug. 20. After a stopover, the 44-year-old was taken to the Omsk hospital. On Aug. 22, Navalny was flown out to Berlin and treated for weeks at the German capital's Charite Hospital.

According to investigations by several laboratories, he was poisoned with the agent Novichok. Russia, on the other hand, claims that it has not been able to prove that Navalny was poisoned and is therefore not investigating the matter.

Navalny himself was arrested after his return to Moscow and sentenced to several years in prison earlier this week for allegedly violating the terms of his probation in a previous criminal case for fraud and misappropriation of funds while in Germany.

Navalny was unable to comply with the terms of his probation as for large parts of his convalescence in Berlin he was in a coma, but when sentencing him to prison time, the Russian judge insisted that the rules apply whatever the circumstances.