Ship that blocked Suez, Ever Given, finally arrives in Rotterdam 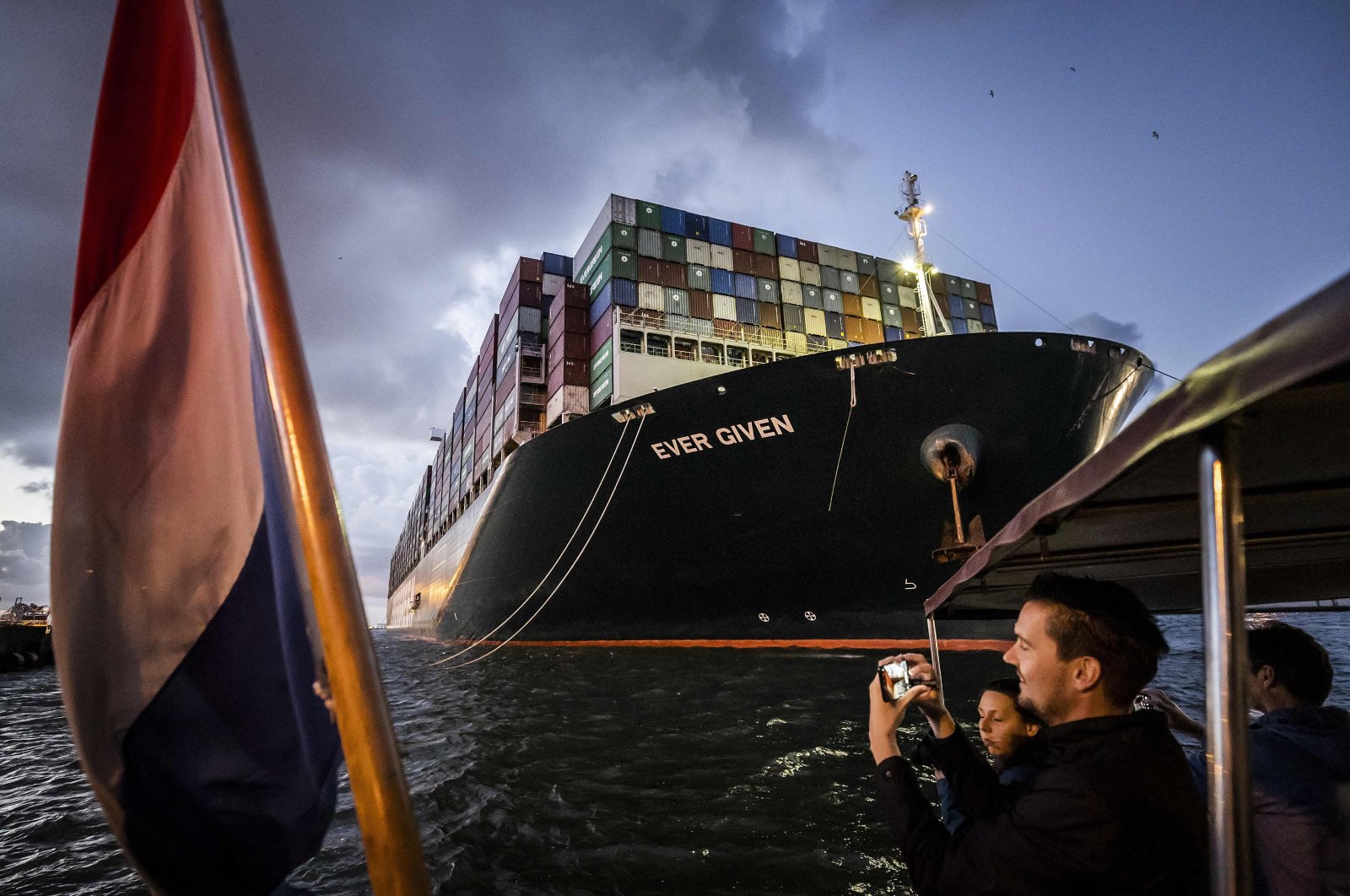 The container ship Ever Given arrives at the ECT (Europe Container Terminals) Delta terminal in the port of Rotterdam, early on 29 July 2021. (AFP Photo)
by French Press Agency - AFP Jul 29, 2021 9:37 am
RECOMMENDED

Better late than never: After more than four months after blocking Egypt's Suez Canal and thus one of the world's busiest waterways, the gigantic container ship MV Ever Given docked into Rotterdam port Thursday.

"It was a great relief to see her and a special moment," said Hans Nagtegaal, the Rotterdam port's director of containers.

"Finally, we can get the job done offloading and hopefully get her back to a normal sailing routine," he told AFP.

Nagtegaal said the Ever Given will remain in Rotterdam until Monday, when she's expected to sail for Felixstowe in Britain, before going to into a dry dock in Dunkirk in France for a further inspection.

The MV Ever Given, which blocked the Suez Canal for six days in late March, finally steamed out of the waterway three weeks ago after Egypt and the vessel's Japanese owners signed a compensation deal.

The nearly 200,000-ton container vessel became wedged in the canal during a sandstorm on March 23, blocking a vital artery from Asia to Europe that carries 10% of global maritime trade and provides Egypt with vital revenues.

After an around-the-clock salvage operation to dislodge it, Egypt seized the ship and demanded compensation from owners Shoei Kisen Kaisha for lost canal revenues, salvage costs and damage to the canal.

Last month, the Suez Canal Authority announced it had signed a non-disclosure agreement with the Japanese firm ahead of reaching a final deal.

Cairo initially demanded $916 million in compensation before slashing that to around $550 million, but the final figure was the subject of tough negotiations.

Egypt, which earns more than $5 billion a year from the canal, lost between $12 million and $15 million in revenues each day it was closed, the SCA said.

In April, maritime data company Lloyd's List said the blockage by the vessel, which is longer than four football fields, held up some $9.6 billion worth of cargo each day it was stuck.