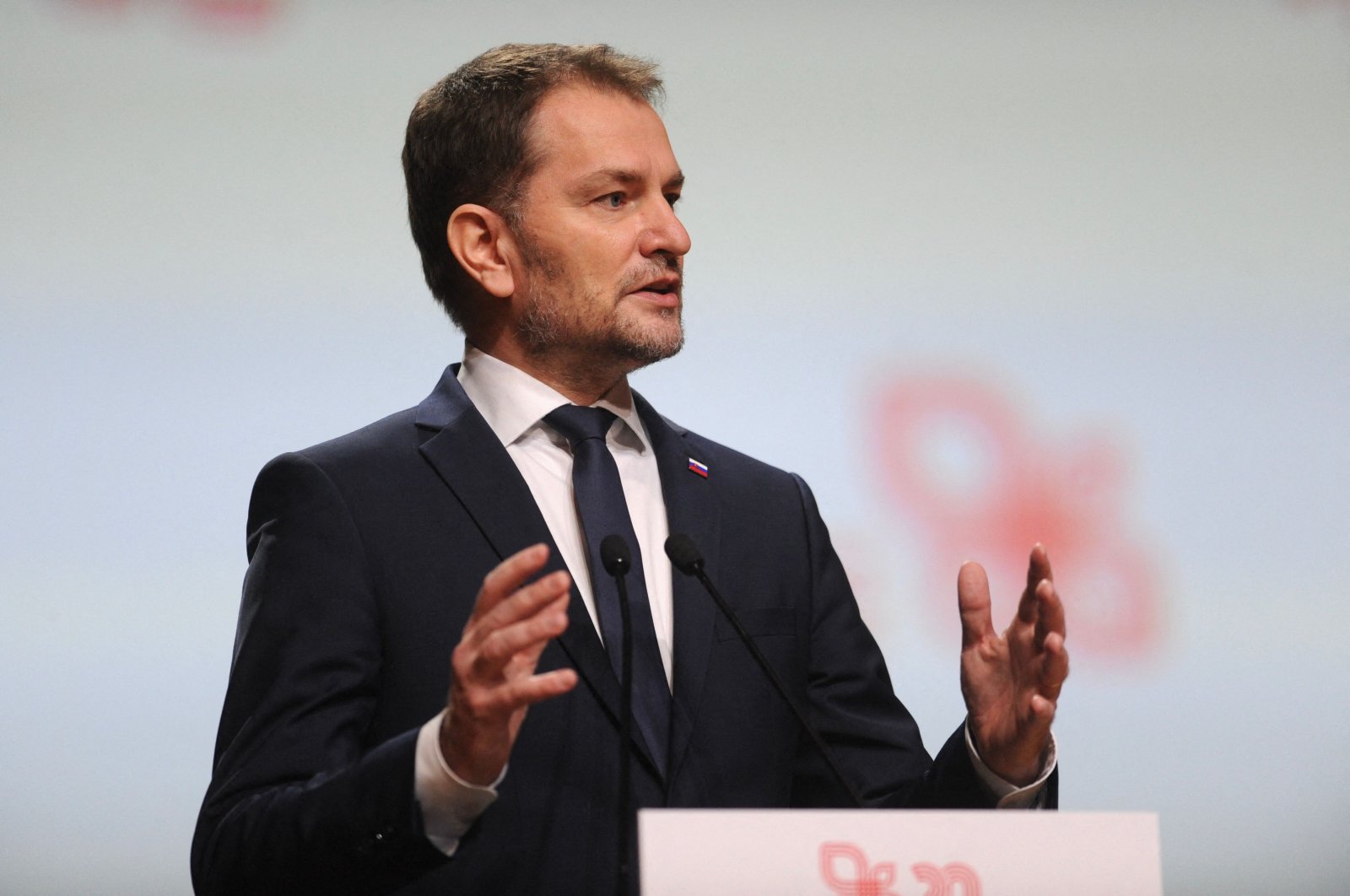 Matovic had agreed on Sunday to swap government posts with Heger to satisfy demands from coalition partners that Matovic leaves the top cabinet position, reported Reuters.

The proposal, welcomed by the coalition parties, could resolve a month-long government crisis. Matovic had said he had decided to drop all previous conditions for his resignation.

He and Heger are from the ruling coalition's strongest party, Ordinary People and Independent Personalities (OĽaNO).

Previously, Freedom and Solidarity (SaS) party leader Richard Sulik had resigned from his government post last week, saying he believed his step "will contribute to solving the government’s crisis.”

Freedom and Solidarity, as well as another partner party in the country's year-old governing coalition, For the People (Za ľudi), had demanded Matovic resign as a condition for the four-party coalition to survive.

They threatened to leave the government if the prime minister did not step down. Matovic said he was ready to do that, if Sulik also resigned, reported The Associated Press (AP).

The two men clashed repeatedly over how to handle the COVID-19 pandemic. Matovic suggested he would remain in the government as an unspecified minister, but Sulik dismissed that idea.

Slovakia has been hit hard by the COVID-19 pandemic, and the crisis erupted on March 1 after Matovic ordered a shipment of Russia's Sputnik V vaccine without his coalition partners' knowledge.

He offered to resign last week but gave a long list of conditions. "We won't insist on meeting any of those conditions ... we want to remove any obstacle preventing the coalition from coming back together," Matovic said at a televised press conference on Sunday.

"Today at the OL'aNO leadership meeting, I also proposed a swap between me and Eduard Heger as finance minister," he said.

The coalition party We Are Family's (Sme Rodina) chairman, Boris Kollar, pledged his support for Heger as prime minister at the press briefing. The Za l'udi party chairwoman, Veronika Remisova, said her party backed Heger too for the top government post.

SaS, whose leader Richard Sulik has been Matovic's most vocal opponent in the past weeks, also welcomed the proposal.

Heger, 44, is a trained economist who worked in various managerial posts before being elected in 2016 on OL'aNO's ticket to Parliament, where he served as the caucus chief.

The crisis hit the country of 5.5 million as it slowly emerged from its worst coronavirus wave to date, which has over-filled hospitals and put Slovakia among Europe's worst-hit countries in recent weeks.

Slovakia has received 200,000 doses of the Sputnik vaccines but has yet to start administering the shots, pending testing of the batch. It would be the second European Union country after Hungary to vaccinate with a product not approved by the European Union drug regulator, the European Medicines Agency.