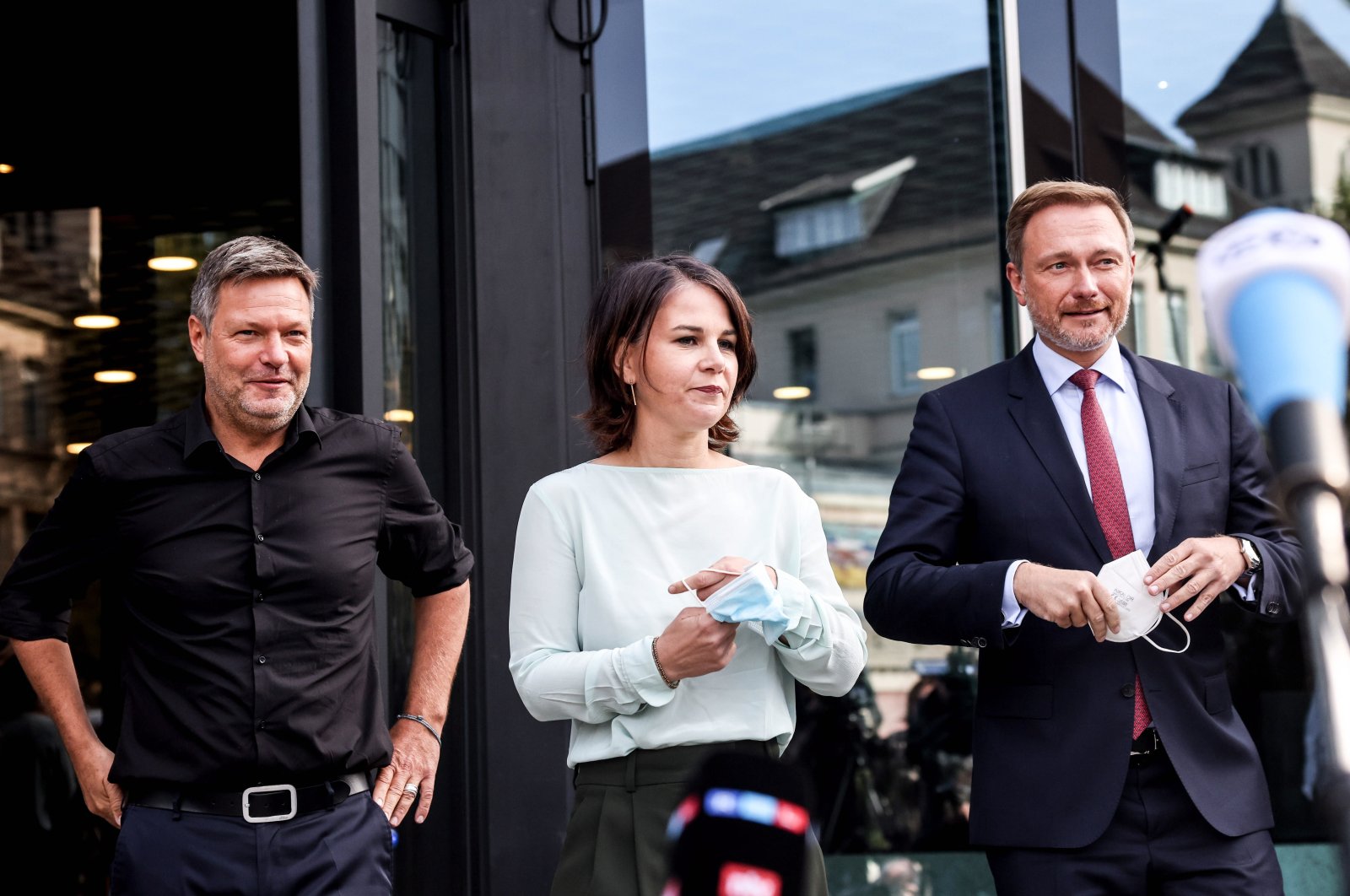 Chancellor Angela Merkel's conservative CDU/CSU and center-left Social Democrats (SPD) face an uphill battle for the chancellery and a new coalition government if they want to continue leading the country as Germany's Free Democratic Party (FDP) pressed the conservatives Sunday.

The conservatives' chancellor candidate, Armin Laschet, has said he wants to form a government, even after his bloc of Merkel's Christian Democrats (CDU) and Christian Social Union (CSU) slumped to a record low result in last Sunday's vote.

The SPD and its candidate Olaf Scholz narrowly won last week's vote on 25.7%, with Merkel's CDU-CSU alliance plunging to an all-time low of 24.1% as she prepares to leave the stage after 16 years in power.

Despite the results, Laschet was undermined last week when the leader of the Bavarian CSU, Markus Soeder, said the SPD would most likely form a government.

The close election result, with no party getting an overall majority, has kicked off a period of complex negotiations that could last weeks or months, with the FDP and the Greens as possible kingmakers.

"The CDU and CSU must clarify whether they really want to lead a government," FDP leader Christian Lindner told the Bild am Sonntag newspaper.

"Some of the CDU's words speculate that negotiations with the SPD should fail first before the Union comes back into play," he said, referring to the CDU/CSU alliance known as "the Union." "That cannot be put upon our country."

The business-friendly FDP and the ecologist Greens, from opposite ends of the political spectrum and at odds on a range of issues, have moved center stage after the SPD's narrow election victory – its first since 2012.

Both the SPD and CDU/CSU conservative bloc are courting the two smaller parties to get a parliamentary majority for a ruling coalition. Polls show voters would prefer the SPD to lead it.

The Greens would prefer the two smaller "kingmakers" team up with the SPD, but the FDP is closer to the conservatives.

The coming days will, in that regard, consist of a busy back and forth between all the parties. First up in what Der Spiegel magazine has described as the "poker game for power" is the SPD, which will huddle with the FDP on Sunday afternoon and the Greens in the evening.

Their rivals, the CDU-CSU, will meet with the FDP on Sunday evening and the Greens on Tuesday.

In a poll for the ZDF broadcaster on Friday, 59% of respondents said they were in favor of an SPD-Greens-FDP coalition, also known as the "traffic-light" combination after the parties' colors.

Only 24% said they would prefer the combination led by the CDU, a coalition known as "Jamaica" after the colors of that country's flag.

Some 76% said they thought Scholz should be the next German chancellor, with just 13% backing Laschet.

In an interview with Der Spiegel magazine Friday, Scholz said it was "clear from every poll that people don't want the (CDU-CSU) to be part of the next government."

"The election result is clear. The CDU and CSU have suffered a historic defeat and have been voted out," he said.

But the conservatives are not giving up, with Markus Blume, general secretary of the CSU, insisting on Friday that "Jamaica has a chance."

The CSU, the smaller Bavarian partner in the conservative alliance, had provoked consternation earlier in the week by conceding that Scholz had won the election and should be first in the queue to form a government.

The stance broke ranks with Laschet, who at that point had not publicly congratulated Scholz and had claimed "no party" – not even the SPD – could claim a mandate to govern from the vote outcome.

Laschet has faced a barrage of criticism over his election performance and his refusal to admit defeat, including calls to resign from within his own party – but has so far given no indication that he plans to do so.

With the SPD and the conservatives scrambling for the affections of the Greens and the FDP, the smaller parties find themselves in an outsize position of power as potential kingmakers.

"For now, Greens and FDP are in the driver's seat," said Holger Schmieding, an analyst for the Berenberg bank.

The two parties have already held two sounding-out sessions, with their leaders posting a much-shared selfie on social media in a show of unity after a secret gathering on Tuesday.

But it remains to be seen "whether they can really choose between the traffic light and Jamaica, and the extent to which they can shape the agenda," Schmieding said.

The two smaller parties are not natural bedfellows, diverging on issues like tax hikes and public investment in climate protection.

After Germany's last election in 2017, the FDP dramatically walked out of negotiations with the CDU-CSU and the Greens, with leader Christian Lindner declaring it was "better not to govern at all than to govern badly."