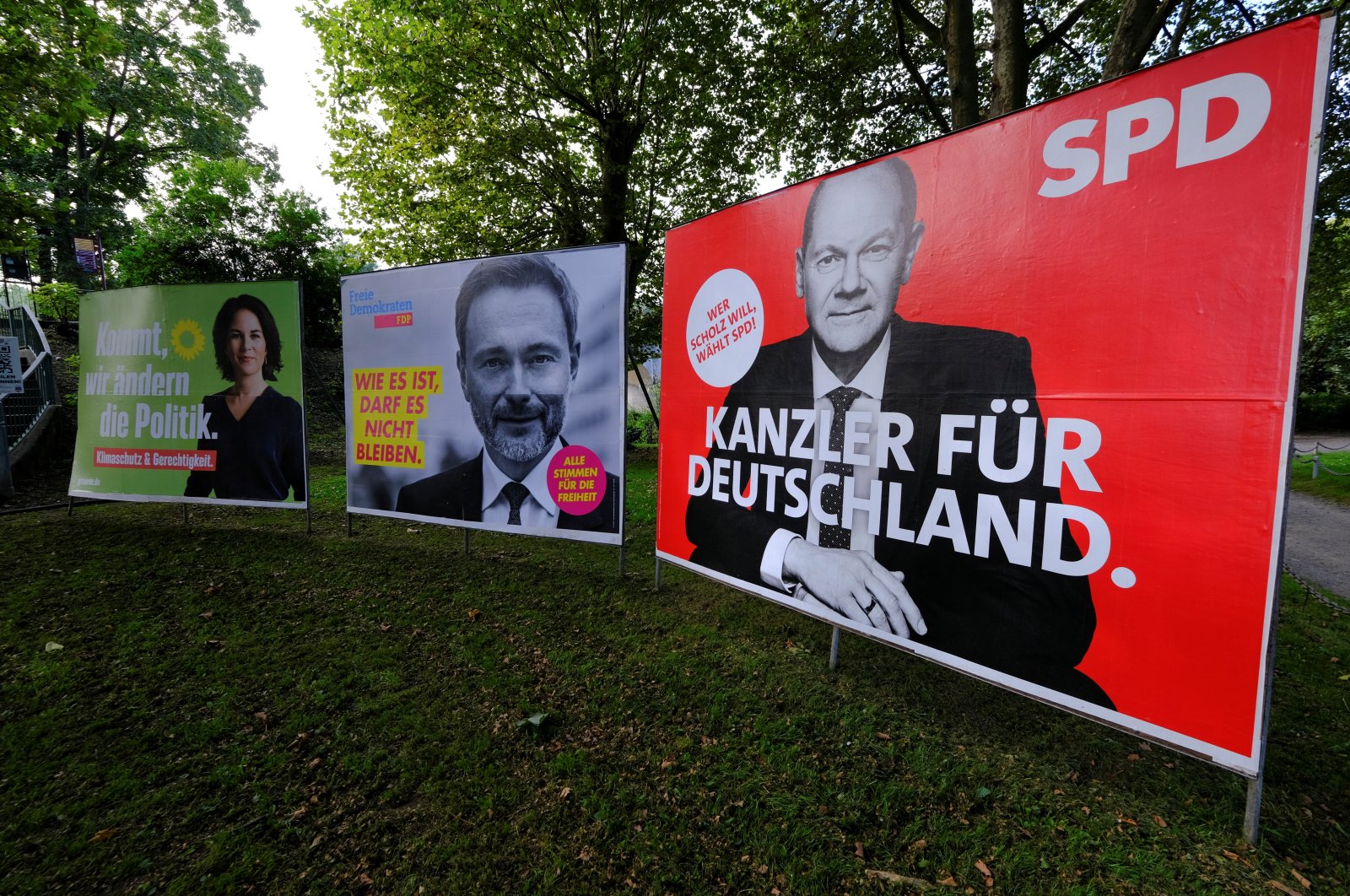 Germany's Greens and Free Democrats (FDP) met and had a good first round of talks, planning to meet again, the Greens said Wednesday, though the two "kingmakers" were at odds over which larger partner should join the new coalition government.

The upbeat message from the Greens' Annalena Baerbock came after a smiling selfie of FDP and Greens leaders together at an initial meeting late on Tuesday went viral, with the coziness of the unlikely allies' meeting sparking a raft of jokes.

The Greens and FDP, who are from opposite ends of the political spectrum and differ on a range of issues, have moved to center stage after the Social Democratic Party (SPD) won Sunday's election by a narrow margin, leaving them seeking partners.

Both the center-left SPD and Chancellor Angela Merkel's conservative bloc, which slumped to a record low result, would need the center-right FDP and leftist Greens as partners to get a parliamentary majority for a coalition government.

Baerbock's Greens favor a three-way tie-up with the liberals and the SPD, while the FDP would prefer the two smaller parties to join forces with Merkel's conservatives.

"The SPD is the election winner after this federal election and therefore it is crucial for us to hold these talks now, but we are talking to all parties," Baerbock told reporters ahead of a weekend meeting with the Social Democrats.

Of her talks on Tuesday night with the FDP, she simply said: "We had a good discussion yesterday."

FDP Secretary General Wissing said he could reveal nothing about the talks with the Greens as the small circle had agreed to stay mum but that a bigger group of people from both parties would meet again on Friday.

After that, the FDP would hold preliminary talks with the conservatives on Saturday, and the SPD on Sunday. He declined to speculate on the outcome but made clear once again that the FDP's preferred partner was the conservative CDU/CSU bloc.

"We have justified this in terms of content, and since the content with which the parties have presented themselves has not changed, of course, this remains our preference," Wissing told reporters.

The photo of Greens leaders Robert Habeck and Baerbock with FDP leader Christian Lindner and Wissing at an unknown location appeared to send an upbeat message about prospects for the parties working together.

"We are looking for common ground and bridges across divisions. And even finding some," read the caption below the photo in which they were all smiling. "Exciting times."

Within hours, the photo went viral and became the subject of many jokes online. Some posts manipulated the images to show the four wearing masks or superimposing the faces of other politicians on top. Others showed the four as a pop band. On one, they sing the 1979 disco hit "We Are Family."

All four posted the photo at the same time in the early hours of Wednesday on Instagram, a popular social media platform with younger voters.

Commentators said the coordinated post showed that the parties were determined to create a narrative in which they would be a central, binding force at the heart of any alliance.

Scholz, currently finance minister in Merkel's coalition, is keen to do a deal with the Greens, which won 14.8% of the vote, and the FDP, which got 11.5%, by Christmas and says he has a mandate from voters to form a government if possible.

Merkel has congratulated Scholz on his election success, her spokesperson said.

The conservatives' candidate to succeed Merkel, Armin Laschet, has also congratulated Scholz on coming first in the election, the CDU said on Wednesday. Laschet had faced widespread criticism for failing to do so earlier.