Spain prepares to phase out lockdown in second half of May 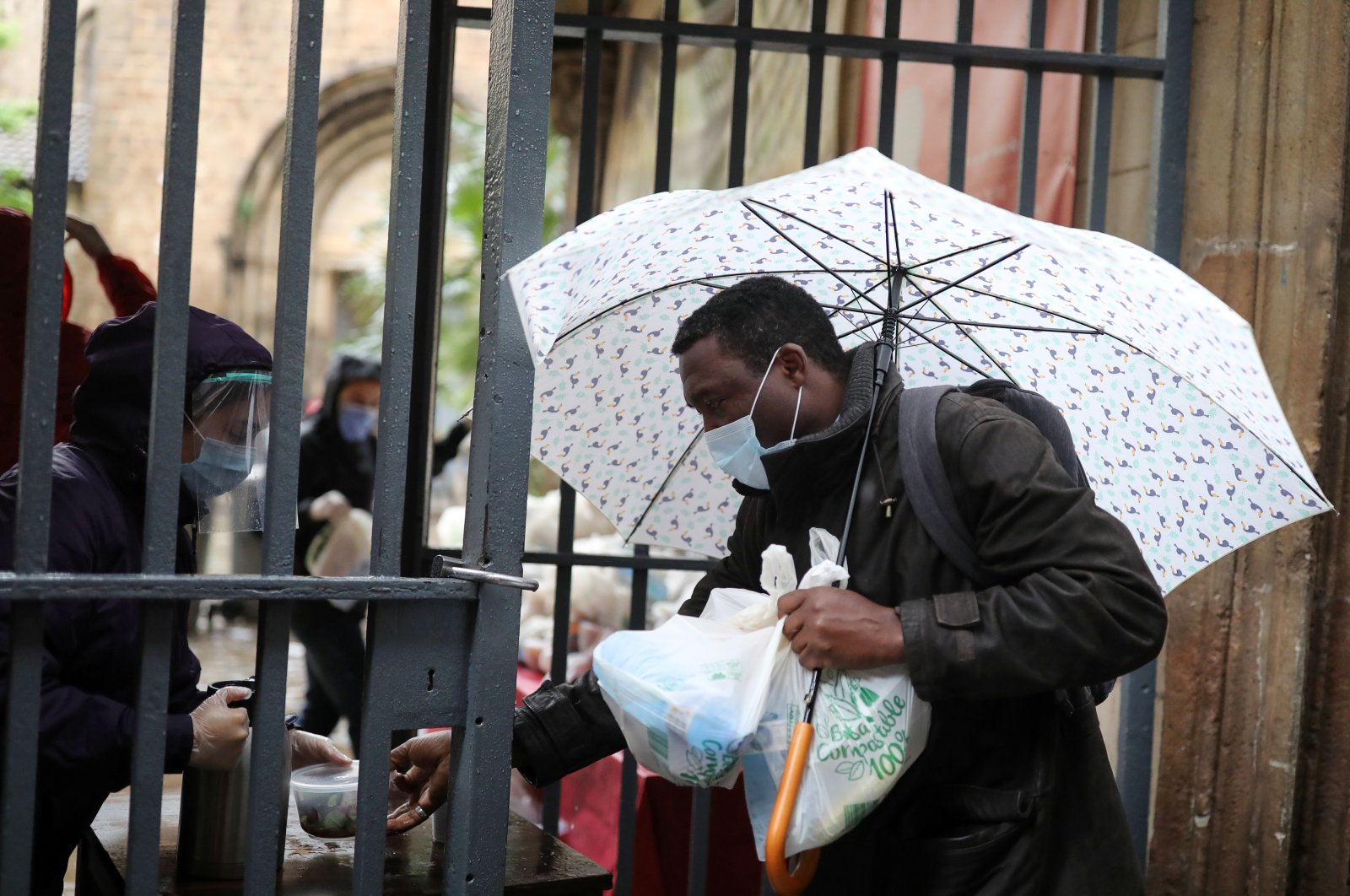 Volunteers give free food packages for a man amid economic hardship outside parish church of Santa Anna, amid the spread of the coronavirus disease (COVID-19), in Barcelona, Spain, April 21, 2020. (Reuters Photo)
by Agencies Apr 22, 2020 10:29 am

Spain's Prime Minister Pedro Sanchez said on Wednesday his government plans to begin winding down the coronavirus lockdown measures in the second half of May.

Restrictions will be eased slowly and gradually to ensure safety, Sanchez said at a parliamentary session where he will ask lawmakers to extend Spain's state of emergency until May 9.

The lockdown was first enforced in Spain on March 14.

The government is assessing already how to roll back one of Europe’s strictest lockdowns, starting from next Monday by allowing children to go out onto the streets for brief periods. Spain’s center-left Cabinet is discussing details on how the measure will be implemented during Tuesday’s weekly meeting.

An eight-week survey of 30,000 households that will be tested for the new virus is also expected to roll out on April 27, allowing authorities to gauge what’s the level of immunization beyond hospitals and nursing homes, where testing has been focused during the peak of the pandemic.

Authorities are also deciding on Monday on price caps for face masks, gloves, hand sanitizers and other protective equipment that has been in short supply.

According to a government special order issued on Sunday, the aim of controlling prices is for citizens to access in "non-abusive” economic conditions the material that experts see as key to controlling future contagion.