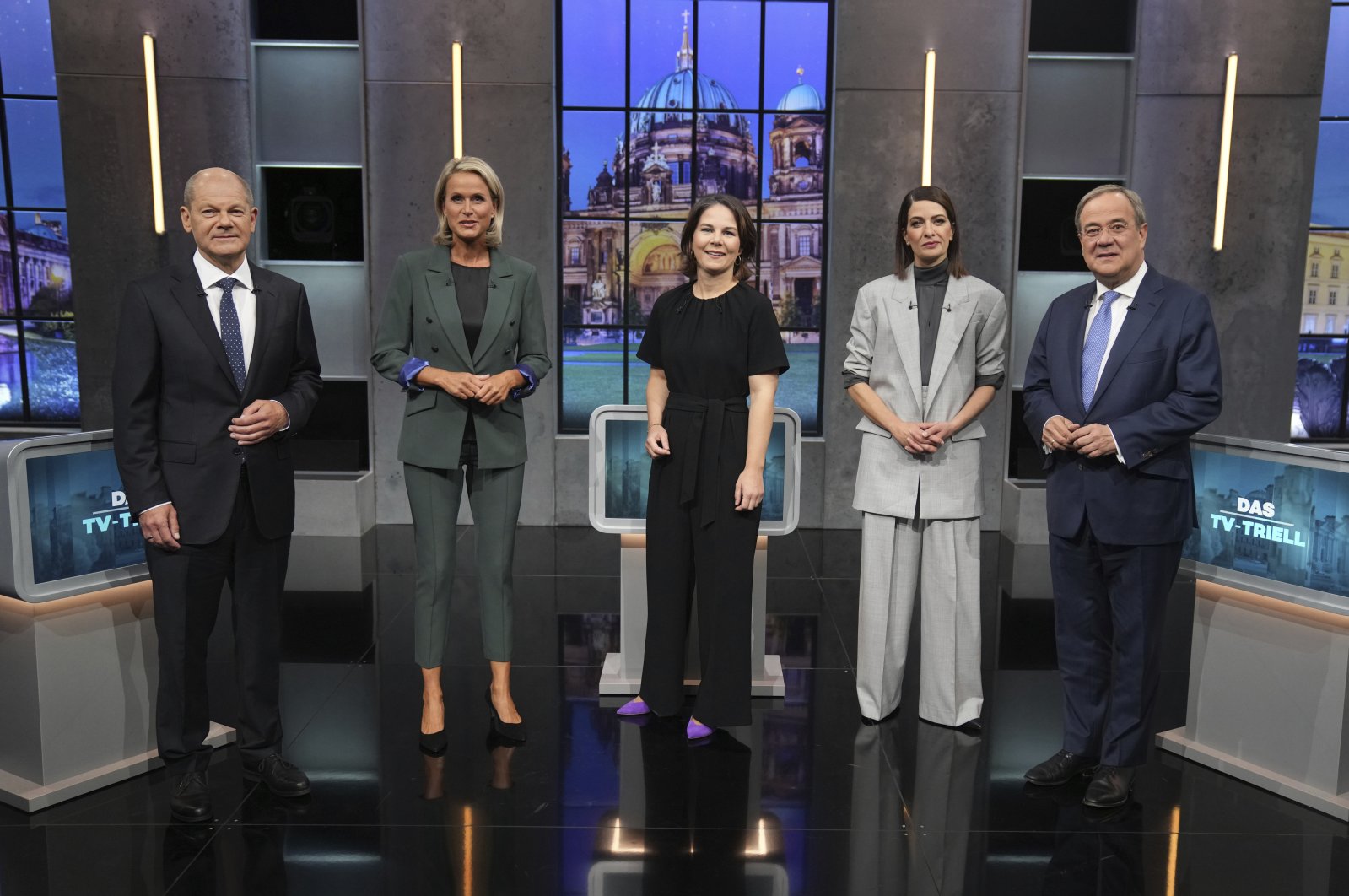 Germany's center-left candidate for chancellor Olaf Scholz was more successful in winning over the public than his two main rivals in a televised debate Sunday evening, a survey by pollster Forsa showed.

According to the snap opinion poll, 42% of the viewers declared Scholz the winner, while 27% said conservative candidate Armin Laschet did a better job.

The environmentalist Green Party’s candidate, Annalena Baerbock, was seen as more successful by only 25% of the viewers.

It was the third and final TV debate among the candidates ahead of the country’s national elections on Sept. 26.

During the 90-minute debate, the candidates mostly discussed domestic issues such as the minimum wage, tax policies, pandemic measures and climate protection.

The Greens’ Baerbock said they are open to various options and may hold talks with all other parties except for the Alternative for Germany (AfD) party. She also disclosed that the Greens do not prefer a coalition with the Christian Democrats, arguing that it would be best for the CDU/CSU to go into opposition.

Conservative leader Laschet said his party is still hopeful of winning the election and would be ready to hold coalition talks with all democratic parties excluding the far-right AfD and socialist Left Party.

German voters will elect a new parliament on Sept. 26, and the result will determine who will succeed Angela Merkel as chancellor since she is not running for another term.

Scholz is leading in the latest opinion polls, but Laschet is still hopeful that his CDU/CSU bloc will win the elections and he will become the next chancellor, as surveys show that many voters are still undecided.

According to a new poll by the Institute for New Social Answers (INSA), the SPD is expected to receive 26% of the votes, five points ahead of the Christian Democrats, with 21%.

The poll, which was published Saturday, put support for the environmentalist Greens at 15%, while the Free Democratic Party (FDP) was polled at 12% and the (AfD) at 11%.

The Left Party was only polled at 6% in the same survey.

While the Social Democrats are leading in most recent surveys, they are far from winning a governing majority, and Scholz will need at least one coalition partner even if his party wins the election.

Possible government scenarios discussed in the media include the continuation of the current "grand coalition" between the Social Democrats and the Christian Democrats, or a three-way coalition led by the SPD and including the Greens and either the liberal Free Democrats or the Left Party.