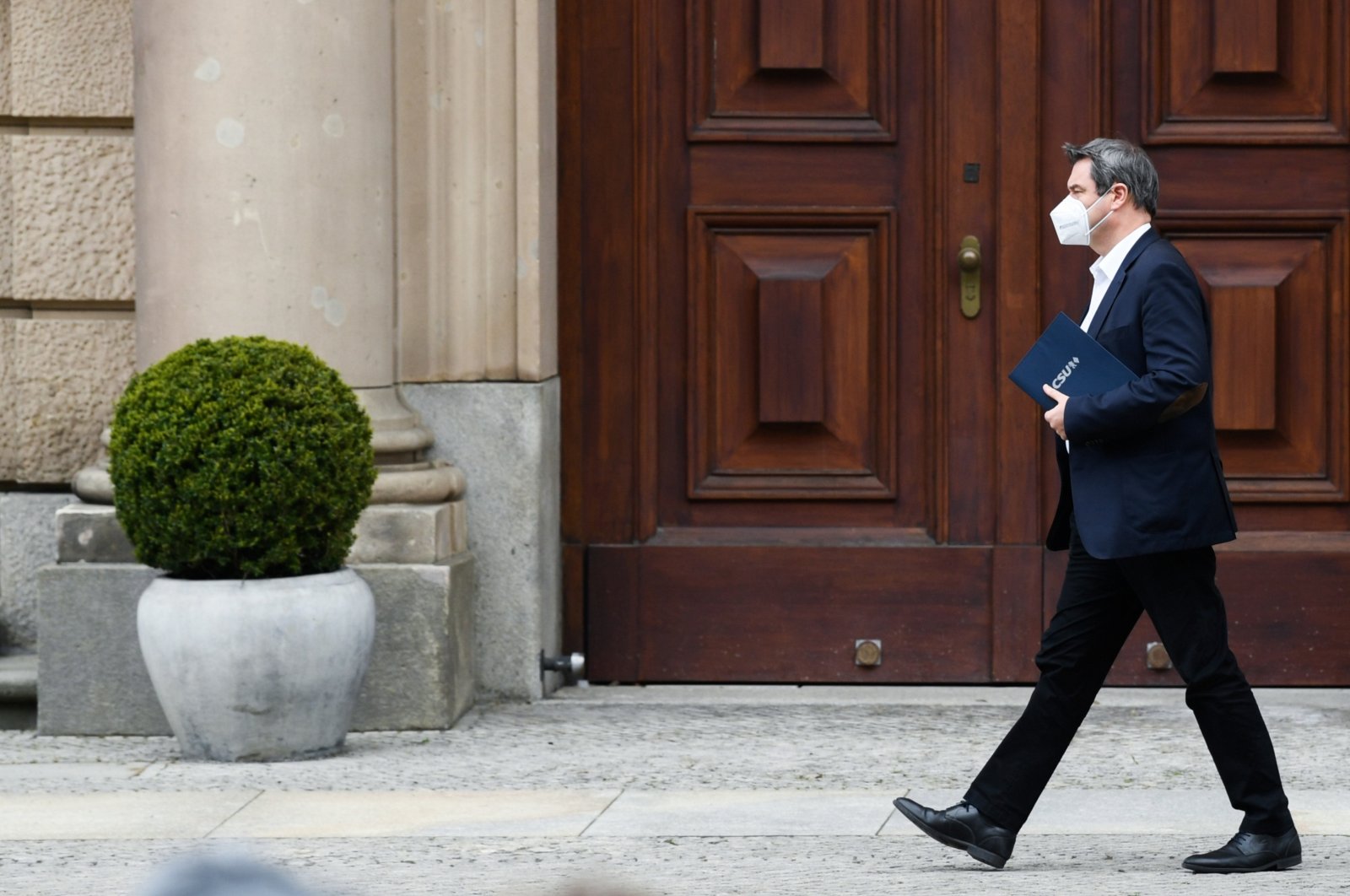 The succession squabble over Chancellor Angela Merkel's job ahead of elections in September has left Germany's once stable ruling conservatives in disarray and on the brink of implosion.

Elected head of Merkel's CDU in January, Laschet would usually be the first choice to lead both the CDU and its Bavarian sister party CSU into September's general election.

Yet his claim to be chancellor candidate has been bitterly contested by CSU leader Soder, who currently commands more support from both the public and conservative lawmakers.

The scrap for Merkel's throne has opened up historic wounds between the two parties and could even loosen their 16-year grip on the chancellery.

With the clock ticking down to the Sept. 26 elections, the bitter divisions poisoning the conservatives spell a rocky campaign ahead for a post-Merkel era.

It also leaves them exposed, with the internal squabbles sapping attention at a time when Europe's biggest economy is struggling to end a raging pandemic that has killed 80,000 and ravaged thousands of businesses and livelihoods.

"The CDU/CSU has not seen a showdown like this for more than 40 years!" wrote Bild newspaper after Soder and Laschet exchanged verbal blows in a meeting with conservative members of parliament.

Yet it is by no means the first time that the CDU and CSU have been at odds over who should take the top job.

In 1980, CSU leader Franz-Josef Strauss was nominated ahead of CDU candidate Ernst Albrecht and his then unpopular party leader Helmut Kohl.

In both cases, the CSU candidate was widely seen as a more charismatic and voter-friendly option, before being ultimately beaten in the polls by the incumbent social democrats.

Both Kohl and Merkel then defied their critics at the next elections, going on to become Germany's longest-serving chancellors.

That could bode well for the currently unpopular Laschet, who has been praised for his ability to "sit out opponents."

Yet while Kohl and Merkel emerged with the conservatives in opposition, Laschet has a tougher job of keeping the CDU/CSU in power as they squabble over the vacuum left by Merkel's departure.

The chancellor has held the alliance together throughout her reign, maintaining her authority even when the CSU openly challenged her handling of the refugee crisis in 2015.

"If the party has nobody behind which it can unite, then things become brutal. It was like that after the Kohl era, and it is like that now at the end of the Merkel era," wrote weekly Der Spiegel in an editorial last week.

The magazine argued that the CDU/CSU would be better off going into opposition, and "finding a new king or queen in peace and quiet."

With the surging Green Party snapping at their heels, the prospect of losing power now looms larger than ever for the conservatives, who have hit new lows in the polls amid a corruption scandal and anger over the pandemic.

Divisions may remain even if they retain power, with lawmakers said to favor Soder and CDU grandees having already backed Laschet.

If Laschet prevails, he will have work ahead of him to win back support within his own party ranks.

If Soder gets the nod, it spells questions for the authority of the CDU's leadership which has thrown their backing behind Laschet.

"There are wounds that will remain, or in any case, that won't heal so quickly as to not leave a mark during the election campaign," said Spiegel.

On Friday, members of parliament from both parties were collecting signatures to force a vote on the issue next week if a unanimous decision could not be reached behind closed doors.

"This is already the third power struggle in the CDU/CSU in the last three years. That shows that the party has lost its orientation, its center," wrote Die Zeit newspaper this week.

Yet others insist that the ever-pragmatic conservatives can still bounce back.

"Whatever happens, both parties will go into the election campaign in a united way," political scientist Nils Diederich of Berlin's Free University told Agence France-Presse (AFP).

"The alliance will not break down just because two people are competing to be chancellor."