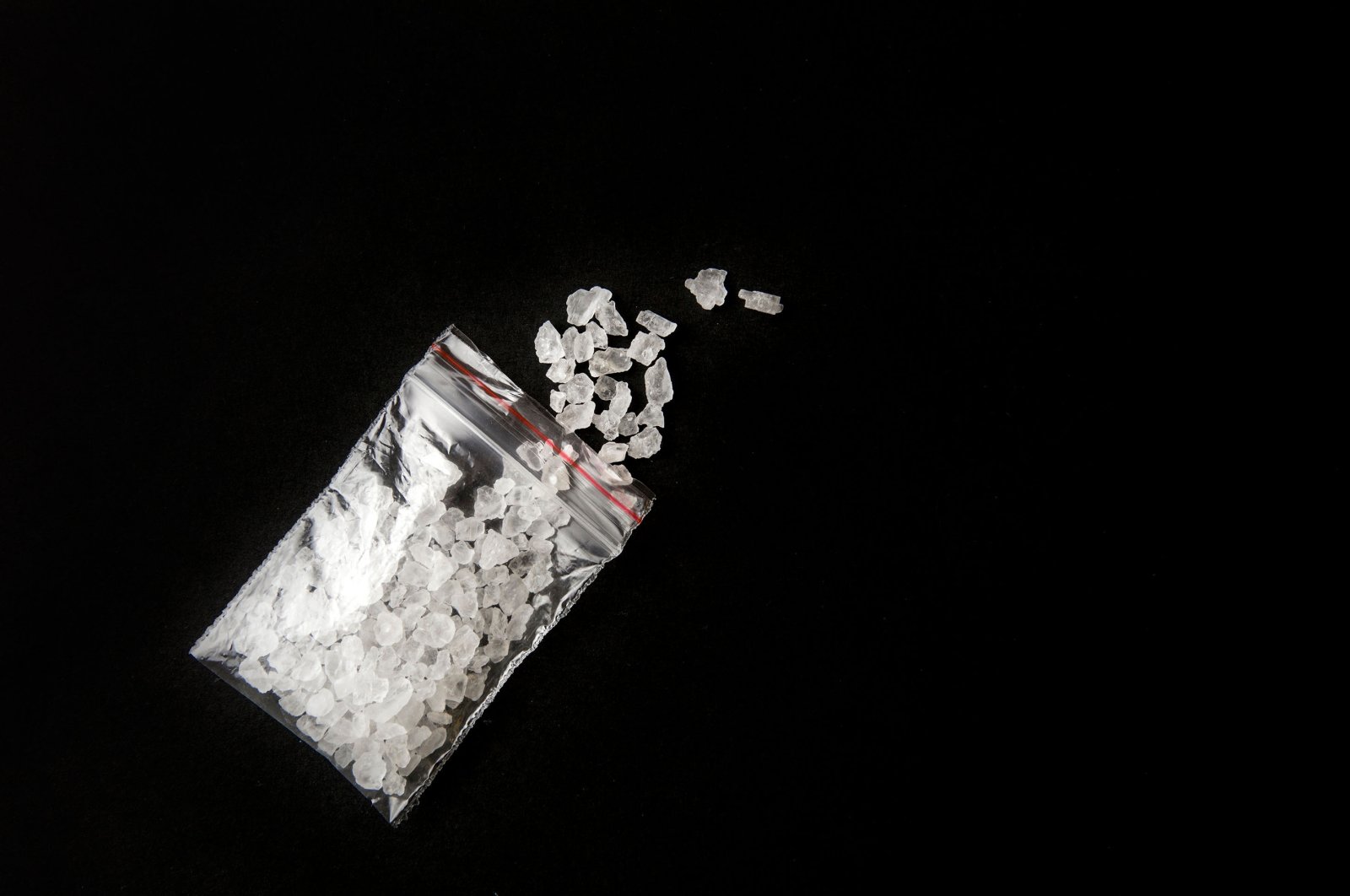 Conceptual image of “bath salts,” the name given to synthetic cathinone, a class of drugs that has one or more laboratory-made chemicals similar to cathinone. (Shutterstock Photo)
by French Press Agency - AFP Apr 19, 2021 3:28 pm
RECOMMENDED

At least a third of trafficking cases referred to Eurojust over the last five years involved synthetic substances such as methamphetamine and other newer drugs, the agency said in a new report.

Criminals have also stepped up their use of the "darknet" and encrypted communications to sell synthetic drugs during the coronavirus pandemic as the world moves increasingly online, The Hague-based organization said.

"Illicit drug trafficking across the EU is generally growing strongly, with an estimated value of at least 30 billion euros," Eurojust said in a statement accompanying the report.

"The stark rise in the production of synthetic drugs ... poses increasing challenges for prosecutors across Europe."

The number of criminal cases opened against cross-border trafficking in the European Union nearly doubled between 2016 and 2020 to 562, with synthetics making up one-third of those.

Criminals often use legal loopholes about the chemical makeup of synthetic drugs to make it difficult to prove they are selling something illegal, in an "obstacle for prosecutions," Eurojust said.

"By rapidly changing the composition of chemicals used for these drugs ... or creating new substances, producers try to exploit legal gaps and avoid prosecution," it added.

The Eurojust report called for harmonization between EU member states on laws about the production and use of such synthetic substances.

It also called for better coordination on the prosecution of cybercrime, a hike in financial probes, the recovery of criminals' assets and better cooperation with countries outside the EU.

Eurojust's findings come a week after the EU's police agency Europol said the continent was "at a breaking point" from an unprecedented flood of drugs, mainly cocaine.

Synthetic drugs have become a worldwide problem in recent years. Fentanyl, a synthetic opioid pain medication, grabbed the world's attention after it caused the deaths of at least 13 people in one night in Canada in December 2016.

Both Canada and the U.S. are working hard to stop drug smugglers but have achieved little success so far in preventing this drug from entering their countries illegally. With every passing day, the authorities confirm more fentanyl overdoses. According to official data, in 2020, in Canada’s British Columbia, the number of deaths due to illegal drug use exceeded the number of people who died from COVID-19.