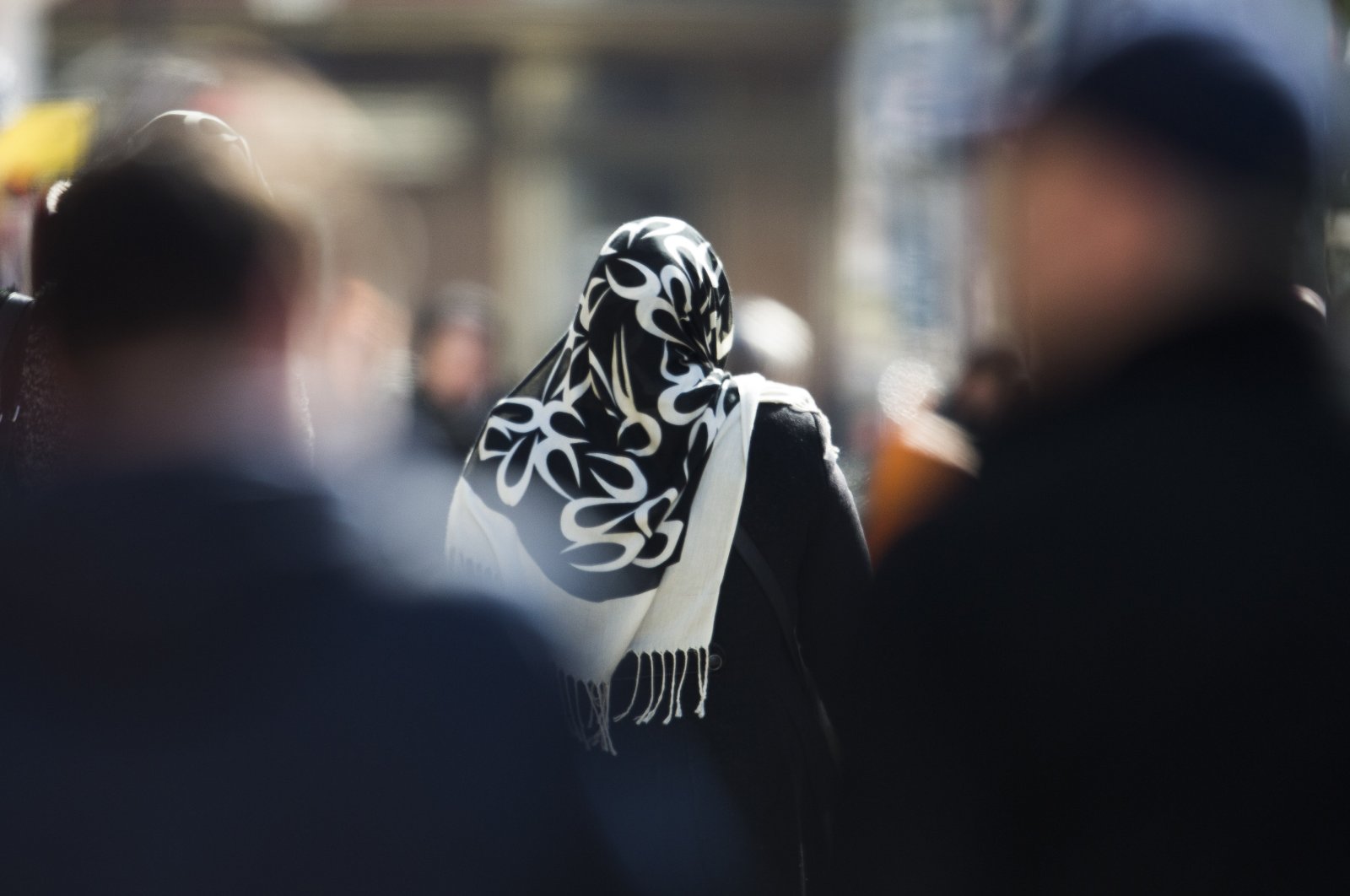 A woman with a headscarf, a traditional dress for Muslim women, walks on a street in the Neukoelln district in Berlin, Germany. (AP Photo)
by DAILY SABAH WITH AGENCIES Jul 15, 2021 11:40 am
RECOMMENDED

The European Union's top court ruled Thursday that companies can ban Muslim employees from wearing a headscarf under certain conditions.

But the Luxembourg-based tribunal said in its ruling that courts in the bloc's 27 member states should weigh whether the ban corresponded to a "genuine need" on the part of the employer. They must also consider the rights and interests of the employee, including by taking into account national legislation on freedom of religion, it said.

"A prohibition on wearing any visible form of expression of political, philosophical or religious beliefs in the workplace may be justified by the employer's need to present a neutral image towards customers or to prevent social disputes," the court said, according to remarks carried by Reuters. "However, that justification must correspond to a genuine need on the part of the employer and, in reconciling the rights and interests at issue, the national courts may take into account the specific context of their Member State and, in particular, more favourable national provisions on the protection of freedom of religion."

The case was brought before the Court of Justice of the European Union by two women in Germany who were suspended from their jobs after they started wearing the Islamic garment.

Both Muslim women – a special needs caretaker at a child care center in Hamburg run by a charitable association and a cashier at the Mueller drugstore chain – had not been wearing headscarves when they started in their jobs, but decided to do so years later after coming back from parental leave. They were told by their respective employers that this was not allowed and were at different points either suspended, told to come to work without it or assigned a different job, court documents show. Both filed legal complaints before German courts, which in turn referred questions to the EU tribunal, as The Associated Press (AP) reported.

The issue of the hijab – the traditional headscarf worn round the head and shoulders – has sparked controversy across Europe for years and underlined sharp divisions over integrating Muslims. In a 2017 ruling, the EU court in Luxembourg had already said that companies may ban staff from wearing headscarves and other visible religious symbols under certain conditions. At the time, this had sparked a huge backlash among faith groups.

More than 5 million Muslims live in Germany, making them the largest religious minority group there. Headscarf bans for women at work have been a hotly contested issue in Germany for years, mostly with regard to aspiring teachers at state schools and trainee judges. This has not so far been a major theme in the campaign for this year's legislative elections.

Elsewhere in Europe, courts have also had to look into where and how headscarves can sometimes be banned at work. Earlier in July, the French government faced criticism for targeting Muslim women in the country, dividing parliamentarians over the ban on the face veil as part of a controversial so-called anti-separatism law, which is seen by rights organizations as an infringement on the rights and freedoms of the country's minority. While taking part in a debate in parliament, a French lawmaker raised concerns about how women in the country who wear headscarves are targeted.

"I really don’t understand why we target women with headscarves (in France) and not other things,” lawmaker Annie Chapelier told parliament. Her remarks came after the Democratic Movement (MoDem), an ally of President Emmanuel Macron’s La Republique En Marche (LREM) party, offered to add an article "banning ballot box attendants from wearing religious symbols” to the bill.

The proposal sparked discussions in parliament, and Chapelier, a member of the Agir ensemble group in the National Assembly, reminded that only 25% of voters go to the ballot boxes and some polling stations desperately seek poll workers. She stressed that the government was developing strategies to ban people who do their civic duty from serving as polling officials.

"Before headscarved women intervened at the ballot boxes, men wearing kippah were not told anything,” she said, adding that being a poll worker should be equally open for everyone just like citizenship. "Don't make fake excuses to target and accuse women with headscarves that you don't want to accept,” she said.

After a two-hour debate on the article, the proposal was rejected by parliament. The proposed law was first introduced by Macron last year to fight so-called "Islamist separatism." It was adopted by the Senate on Feb. 13 with several amendments that toughen provisions previously approved by the National Assembly.