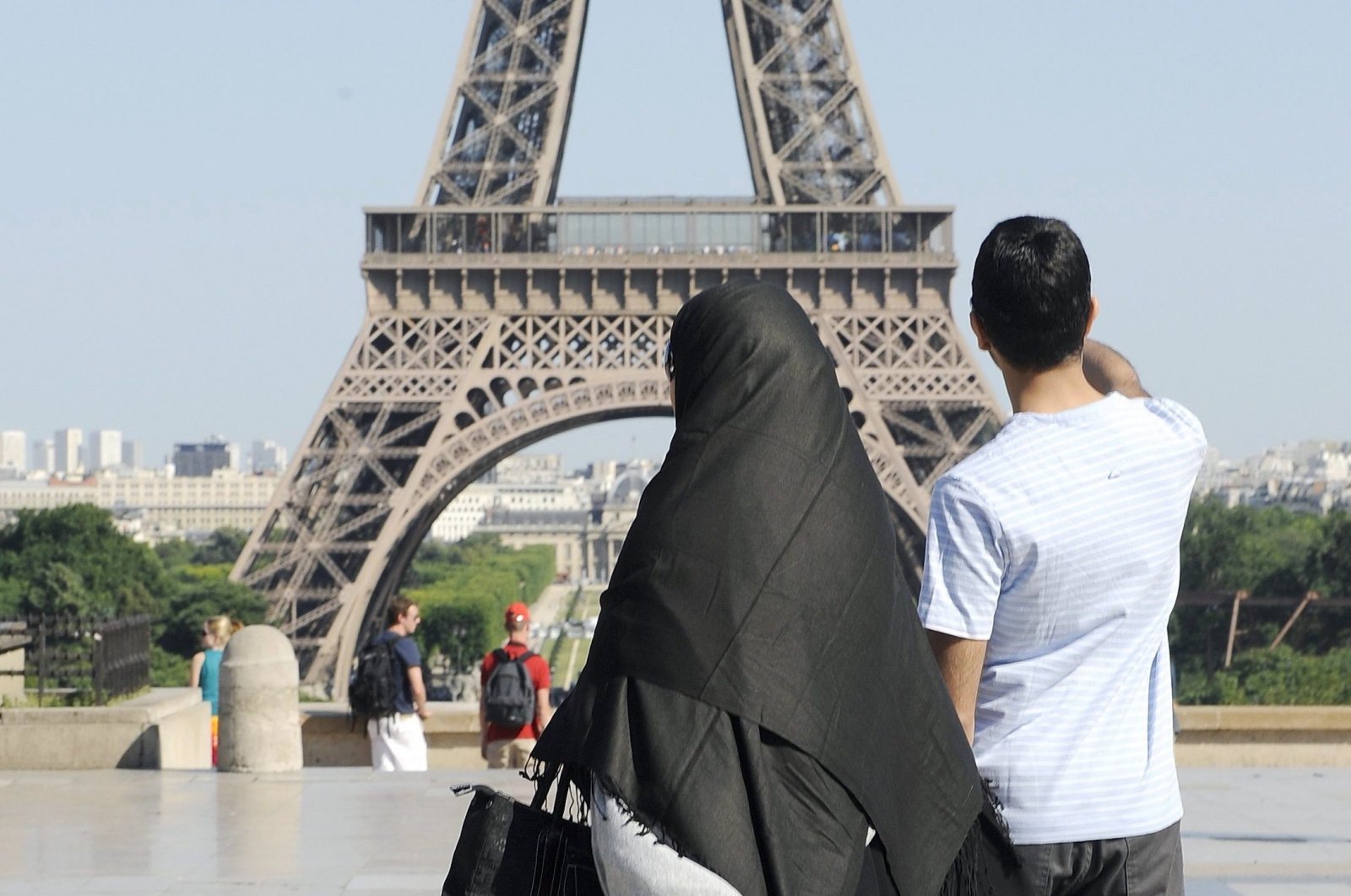 Having for a long time viewed headscarf-wearing women as the main obstacle to 'secularism,' France maintains its abusive campaign against its Muslim minority, drawing the criticism of experts and opening bitter divisions within parliament

The French government faced criticism Wednesday for targeting Muslim women in the country, dividing parliamentarians over the ban on the face veil as part of a controversial so-called anti-separatism law, which is seen by rights organizations as an infringement on the rights and freedoms of the country's minority.

While taking part in a debate in parliament, a French lawmaker on Wednesday raised concerns about how women in the country who wear headscarves are targeted.

"I really don’t understand why we target women with headscarves (in France) and not other things,” lawmaker Annie Chapelier told parliament. Her remarks came after the Democratic Movement (MoDem), an ally of President Emmanuel Macron’s La Republique En Marche (LREM) party, offered to add an article "banning ballot box attendants from wearing religious symbols” to the bill.

The proposal sparked discussions in parliament, and Chapelier, a member of the Agir ensemble group in the National Assembly, reminded that only 25% of voters go to the ballot boxes and some polling stations desperately seek poll workers. She stressed that the government was developing strategies to ban people who do their civic duty from serving as polling officials.

"Before headscarved women intervened at the ballot boxes, men wearing kippah were not told anything,” she said, adding that being a poll worker should be equally open for everyone just like citizenship. "Don't make fake excuses to target and accuse women with headscarves that you don't want to accept,” she said.

After a two-hour debate on the article, the proposal was rejected by parliament. The proposed law was first introduced by Macron last year to fight so-called "Islamist separatism." It was adopted by the Senate on Feb. 13 with several amendments that toughen provisions previously approved by the National Assembly.

The assembly began re-debating the draft bill on June 28. The bill prohibits parents from wearing visible religious symbols while accompanying their children on school trips, the wearing of the burkini – a swimming costume that covers the whole body with the exception of the face, hands and feet and is worn by many Muslim women – in public swimming pools and "preventing minor girls from concealing their face or wearing religious symbols in the public space."

Earlier in May, Macron’s LREM barred a Muslim candidate Sara Zemmahi from running in a local election after she was seen wearing a hijab in a campaign flyer. LREM asserted that the party believes that secular France should not have room for open display of religious symbols in election campaign documents.

“This woman will not be an en Marche candidate,” the party’s General Secretary Stanislas Guerini told RTL radio.

The flyer depicts Zemmahi wearing a white hijab, a headscarf worn by many Muslim women who consider it part of their religion, standing next to three other people. “Different, but united for you,” says the flyer in reference to diversity.

Jordan Bardella, number two in Marine Le Pen's far-right Rassemblement National party, condemned the LREM, posting a flyer on Twitter with the message: “Is this how you fight separatism?” Guerini delivered an immediate response, saying that the flyer must be taken down or Zemmahi would lose the party's support.

“Undignified. Running after (far-right) votes will only allow their ideas to prevail. Enough is enough,” tweeted LREM lawmaker Caroline Janvier.

In April, the French Senate also approved a clause prohibiting prayers in university corridors and banning religious activities that might hinder educational activities. According to the bill "prayers on university premises and the display of foreign flags at weddings" are prohibited. The bill allows intervention in mosques and the associations responsible for their administration and controls the finances of associations and nongovernmental organizations (NGOs) belonging to Muslims. It also restricts the education choices of the Muslim community by preventing families from homeschooling children. The bill also prohibits patients from choosing doctors based on gender for religious or other reasons and makes "secular education" compulsory for all public officials.

The law is being criticized by the international community, NGOs and the U.N. for targeting and alienating the Muslim community and imposing restrictions on almost every aspect of their lives.

Human rights group Amnesty International said earlier that the new regulations "would be a serious attack on rights and freedoms in France."

France announced the anti-Muslim bill after the gruesome killing of a French teacher in October last year by an 18-year-old suspect of Chechen origin. The teenager attacked Samuel Pati in broad daylight, killing him outside a school in Conflans-Saint-Honorine, a suburb about 15 miles (24 kilometers) from central Paris. A few days after the murder, the government launched a crackdown on Muslim organizations, while vigilante groups attacked mosques.

The proposed law, with the title “Supporting Republican Principles,” directly mentions neither Islam nor Islamism in an effort to avoid stigmatizing Muslims. Introducing the bill on the fight against separatism, Prime Minister Jean Castex stressed that it “is not a text against religions or against the Muslim religion in particular.” He asserted that it is “a bill of freedom, a bill of protection, a bill of emancipation from Islamist fundamentalism” or other ideologies pursuing the same goals.

Macron has become a figure of hate in some Muslim countries with many boycotting French products after the French president defended Charlie Hebdo’s provocative caricatures attacking the Prophet Muhammad. He has also been forced to the defensive by critical headlines in influential English-language media outlets such as the Financial Times and The New York Times. Muslims in France – the former colonies of which include predominantly Muslim countries in North and West Africa as well as the Middle East – make up about 6% of the population.

There has been a rise in attacks on mosques in the country since the announcement of the draft bill. While some mosques have come under arson attack, others’ walls have been sprayed with Islamophobic slogans.

Rachida Kabbouri, a top polling official during France’s regional elections on June 20, was demoted from her post for wearing a headscarf. Kabbouri, a Muslim municipal councilor of the Europe Ecology - The Greens (EELV) party in Vitry-sur-Seine in the greater Paris Ile-de-France region, had been appointed head of a polling station in the department of Val-de-Marne during the first round of elections. Speaking to the French media after the incident, she said she "felt injustice and exclusion to tears."