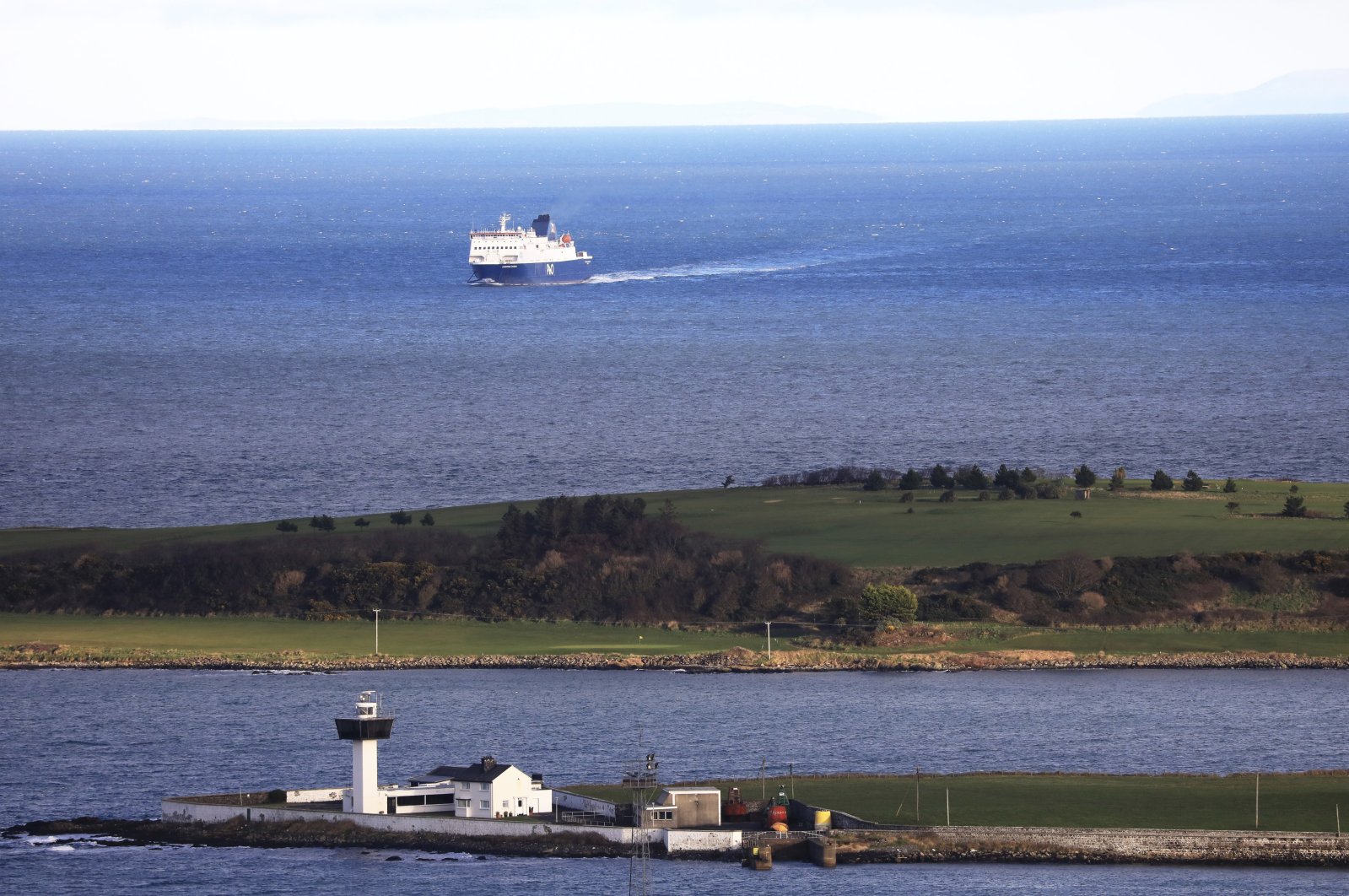 The EU has long insisted that it is up to London to implement what it agreed in their drawn-out Brexit divorce, and the United States administration is also looking on warily at the U.K. maneuvers.

But Northern Ireland Secretary Brandon Lewis told Parliament that rather than ad-hoc grace periods for border checks, the U.K. was seeking a "standstill period" for the protocol including legal action by the EU.

He pressed for a new dialogue "that deals with the problems in the round."

"We urge the EU to look at it with fresh eyes and work with us to seize this opportunity and put our relations on a better footing," Lewis said.

The protocol was painstakingly negotiated to avoid a hard border with Ireland, by effectively keeping Northern Ireland in the EU's single market.

Northern Ireland, which suffered three decades of sectarian conflict until a peace agreement in 1998, has been rocked by violence this year, in part against the protocol.

Many pro-U.K. unionists see it as creating a de facto border in the Irish Sea with mainland Britain and say they feel betrayed.

In its proposals, Britain urged the EU to stop broad checks and focus more squarely on goods "genuinely" at risk of entering its single market via Northern Ireland.

The government insisted that for all other goods, a light touch was needed to preserve Northern Ireland's integral status as part of the U.K.

Frustrated at the new red tape since the U.K. left the EU fully at the start of this year, several U.K. companies have already suspended sales to Northern Ireland, or are offering a reduced choice.

Retail chain Marks and Spencer said that in the protocol's current guise, there will be "gaps on the shelves" in Northern Ireland this Christmas.

In a phone call Tuesday, Prime Minister Boris Johnson told his Irish counterpart Micheal Martin the protocol was "causing significant disruption" and changes were essential, according to Downing Street.

But the EU, seeking to preserve the integrity of its single market, says Britain has been acting in bad faith.

European Commission President Ursula von der Leyen denies the EU is being dogmatic in its application of the protocol.

"The protocol is important, the Good Friday (peace) Agreement is paramount, and therefore I cannot imagine our British friends will not show the same flexibility that we have shown," she said last week.

Ireland's European affairs minister Thomas Byrne said Dublin would "listen carefully to what the British government has to say," but insisted that any remedies must respect the hard-fought pact.

"We're willing to discuss any creative solutions within the confines of the protocol," he told BBC radio.

"But we have to recognize as well that Britain decided itself to leave the single market of the European Union, to apply trade rules, to apply red tape to its goods that are leaving Britain, to goods that are coming into Britain."

State Department spokesman Ned Price told reporters Tuesday the administration wanted both sides "to negotiate within the existing mechanisms when differences do arise."

John Kerry, Biden's climate envoy and a former secretary of state, told BBC radio that the Irish-American president was "deeply immersed in the issue."

Both he and Secretary of State Antony Blinken are "deeply committed to making certain that the (Good Friday) agreement holds and there is peace ultimately," Kerry said.