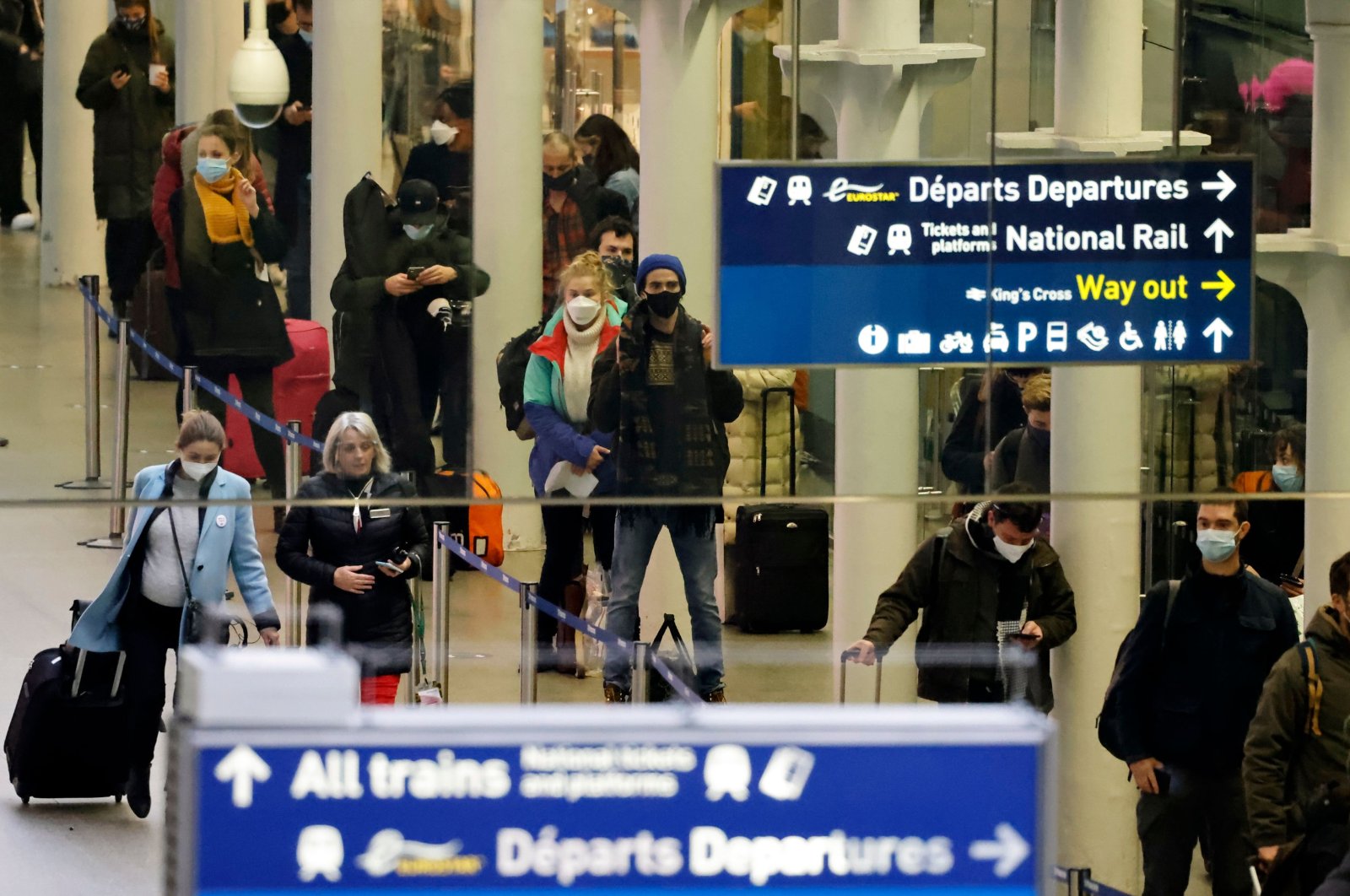 Passengers arrive at the Eurostar International Departures hall at St Pancras International station as services prepare to resume following a 48-hour closure of the French border due to a new coronavirus strain discovered in the U.K., in London, Britain, Dec. 23, 2020. (AFP Photo)
by Agencies Dec 24, 2020 10:09 am
RECOMMENDED

A new, potentially more infectious variant of the coronavirus that causes COVID-19 has been found in Britain in cases linked to South Africa, British Health Secretary Matt Hancock said Wednesday.

South Africa's health department said last week that a new genetic mutation of the virus had been discovered and might be responsible for a recent surge in infections there.

"Thanks to the impressive genomic capability of the South Africans, we've detected two cases of another new variant of coronavirus here in the U.K.," Hancock told a media briefing. "Both are contacts of cases who have traveled from South Africa over the past few weeks."

Britain is already trying to curb the spread of a mutated strain of the virus which is up to 70% more transmissible, on which further studies are being carried out.

"This new variant is highly concerning, because it is yet more transmissible, and it appears to have mutated further than the new variant has been discovered in the U.K.," he said, as quoted by Reuters.

Close contacts of those infected with the new variant and anyone who has come from South Africa within the last fortnight, including those they've been in contact with, must quarantine. "They must restrict all contact with any other person whatsoever," he underlined, according to remarks carried by Agence France-Presse (AFP).

Immediate restrictions were being imposed on travel from South Africa, he added. Countries around the world have in recent days closed their borders to both Britain and South Africa following the identification of the new, fast-spreading variants of COVID-19.

"So the new variant in the UK, which we've identified, is very different to the variant in South Africa, it's got different mutations," said Susan Hopkins from Public Health England. "Both of them look like they're more transmissible. We have more evidence on the transmission for the UK variant because we've been studying that with great detail with academic partners. We're still learning about the South African variant."

Hopkins expressed confidence that vaccines would control the spread of the variant linked to South Africa, saying that the vaccines which have already been developed should be effective. "We have no evidence at the moment that the vaccine will not work, so actually what that means in fact is that there's strong evidence that it will work, because the vaccine produces a strong immune response and it's broad and acts against lots of variation in the virus," she said.

Hancock introduced restrictions on travel from South Africa on Wednesday. The health minister said that all individuals in the U.K. who had contracted the variant originating in South Africa had been placed in quarantine as well as their close contacts.

More than 50 nations also imposed their own travel restrictions on the U.K., including France. A ban on cross-Channel freight to Europe has wrought havoc around the key port of Dover and led to fears of food shortages in the country's supermarkets because of paralysis in supply chains.

Hancock on Wednesday announced the expansion of strict lockdown measures across further parts of the south of England to contain the spread of the disease. With more than 68,000 deaths from the virus, the U.K. is one of the hardest-hit countries in Europe.