UK Labour calls for sanctions against Israel over 'apartheid' 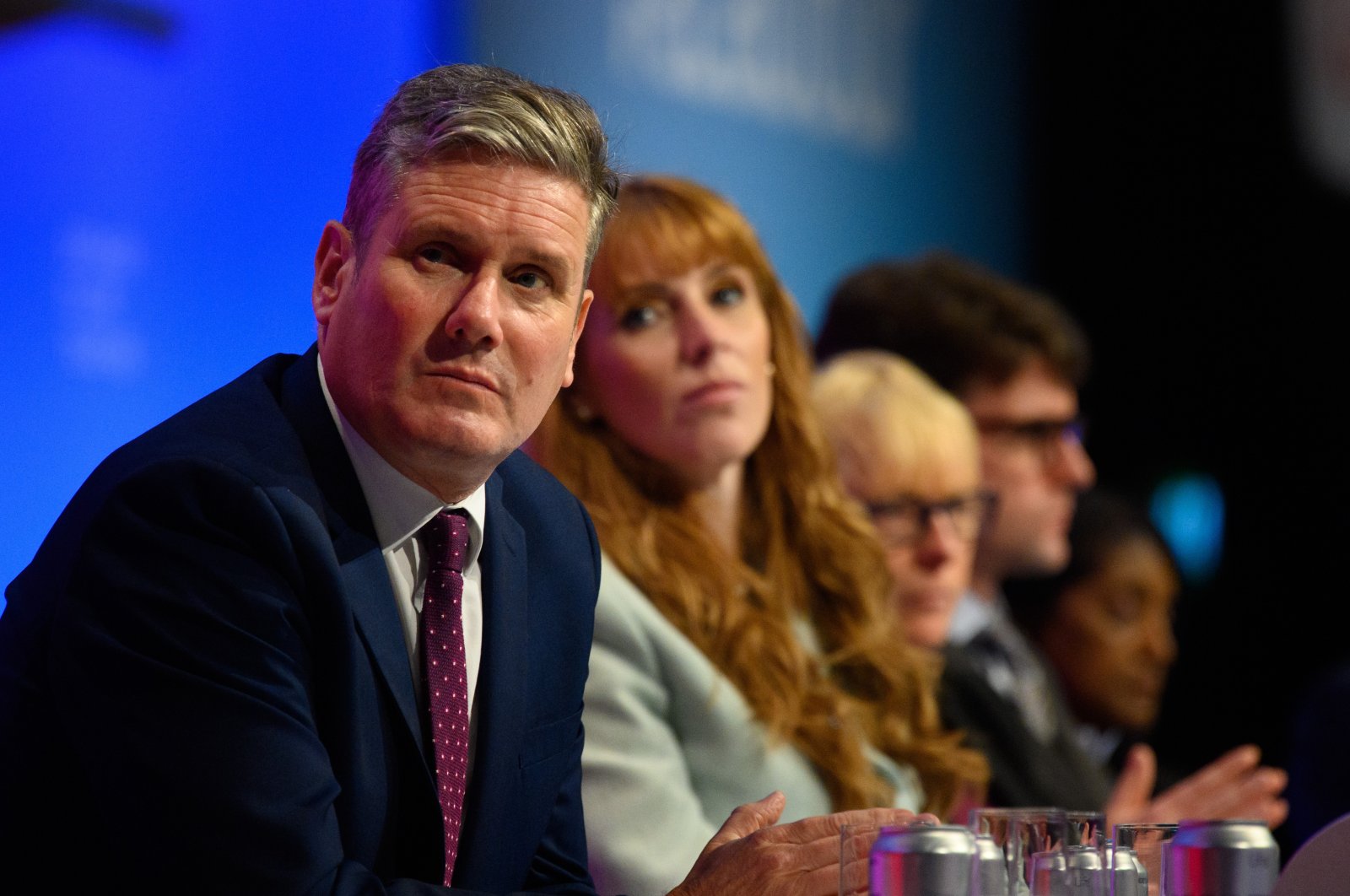 Adopted at its annual party conference in Brighton on Monday, the motion also called on the center-left Labour to cease the U.K.-Israeli arms trade in areas where it violates Palestinian rights and cease trade with illegal Israeli settlements.

"Conference condemns the ongoing Nakba (catastrophe) in Palestine, Israel's militarized violence attacking the Al-Aqsa Mosque, the forced displacements from Sheikh Jarrah and the deadly assault on Gaza," the motion read.

It also underscored the need for action "due to Israel's continuing illegal actions." The conference urged the Labour Party to "adhere to an ethical policy on all UK trade with Israel, including stopping any arms trade used to violate Palestinian human rights and trade with illegal Israeli settlements."

Further it agreed to support "effective measures" including sanctions against the Israeli government actions which are illegal under international law.

The motion called on the Labour to "ensure that Israel stops the building of settlements, reverses any annexation, ends the occupation of the West Bank, the blockade of Gaza, brings down the Wall and respects the right of the Palestinian people, as enshrined in international law, to return to their homes."

The motion was brought to the conference by the Labour's youth wing. Although it was easily passed and the vote is not binding on the Labour leadership, it is still significant as it reflects the mood of the party.

Jawad Khan, a member of Young Labour's national committee, said: "The motion before you today will not only send our uncompromising solidarity with the Palestinian people by calling for sanctions against the state that is practicing war crimes, it will bring us one step closer to finally ending the shameful century of British complicity and the denial of the right to self-determination, liberation and return."

Former Labour leader Jeremy Corbyn was a staunch and vocal supporter of Palestinian rights, but current leader Sir Keir Starmer has sought a warmer stance toward Israel after the party was embroiled in a number of high-profile scandals in the media over alleged anti-Semitism under his predecessor Corbyn.

Labour MP Steve McCabe, chair of Labour Friends of Israel, said, "the composite motion is too shouty, it's too angry, it's too one-sided and it's not at all focused on the search for peace."

Labour's Shadow Foreign Secretary Lisa Nandy was quick to distance the official policy stance on the Israel-Palestine conflict from the conference motion, saying the party needed to follow a "fair and balanced approach."

"There can only be a lasting peace through a safe and secure Israel existing alongside a sovereign and viable Palestinian state," she said.

"Therefore, we cannot support this motion. It does not address the issues in the Israeli-Palestinian conflict in a comprehensive or balanced way."

Nandy added that the Labour policy was to "condemn the unacceptable use of violence against civilians on all sides."

"There will not be a just, lasting peace until the occupation is brought to a permanent end, and both Palestinians and Israelis enjoy security, dignity and human rights. We condemn all actions that are making that goal more difficult," she said.

The U.K. Palestine Solidarity Campaign, on the other hand, praised the "historic motion on Palestine passed at the Labour Party Conference 2021 acknowledging that Israel is practising apartheid and calling for strong sanctions."

Earlier this year, Human Rights Watch and B'Tselem published reports that said Israel was practicing apartheid, as defined by the U.N., against Palestinians.