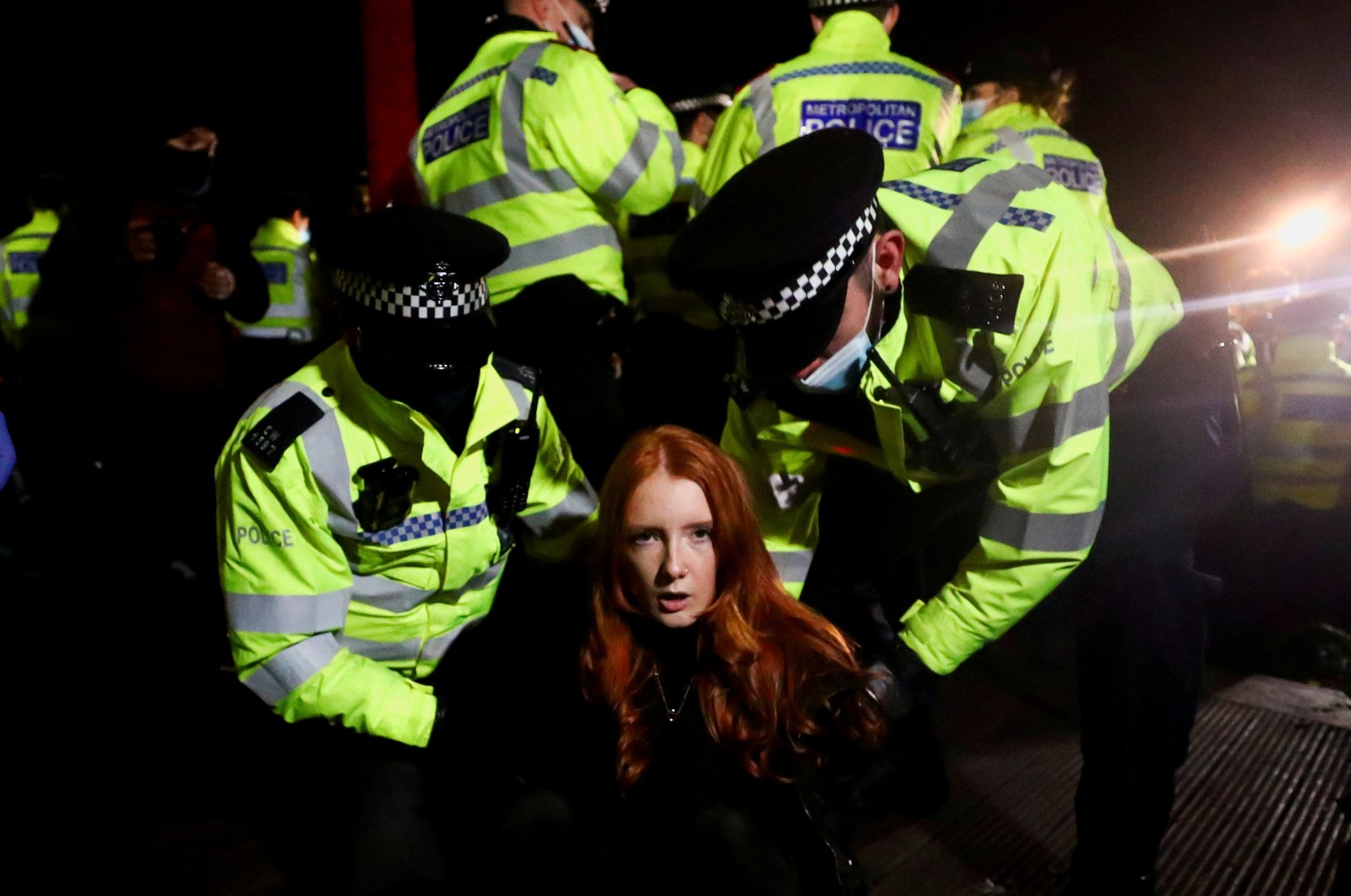 Prime Minister of the United Kingdom Boris Johnson expressed concerns Sunday after footage of officers handcuffing mourners at a vigil for a murdered woman drew heavy public criticism of the force.

London police faced an official inquiry into their actions after they intervened on Saturday night in the vigil for Sarah Everard, 33, who disappeared as she walked home on March 3. A policeman has been charged with her murder.

Officers scuffled with some members of the hundreds-strong crowd that gathered despite the coronavirus restrictions for a candlelit tribute late Saturday. Social media footage showed police restraining and handcuffing some mourners, leading to an outpouring of criticism from across the political spectrum.

"Like everyone who saw it I was deeply concerned about the footage from Clapham Common on Saturday night," Johnson said in a statement, referring to the London parkland near to where the impromptu gathering took place in defiance of a police ban due to COVID-19 restrictions.

Johnson said the Metropolitan Police Commissioner Cressida Dick had committed to reviewing the police action and Interior Minister Priti Patel had ordered a review to learn lessons on how to improve policing of such events in the future.

Everard's killing has provoked a huge outpouring of grief and dismay in Britain at the failure of police and wider society to tackle violence against women. Johnson said he would chair a meeting of senior ministers and police on Monday to look at what more needed to be done to protect women and ensure streets were safe.

The meeting will cover how the criminal justice system works to protect victims of rape and sexual assault, and consider experiences that many women shared on social media and elsewhere in recent days about the fear they feel on Britain's streets.

"The death of Sarah Everard must unite us in determination to drive out violence against women and girls and make every part of the criminal justice system work to protect and defend them," Johnson said.