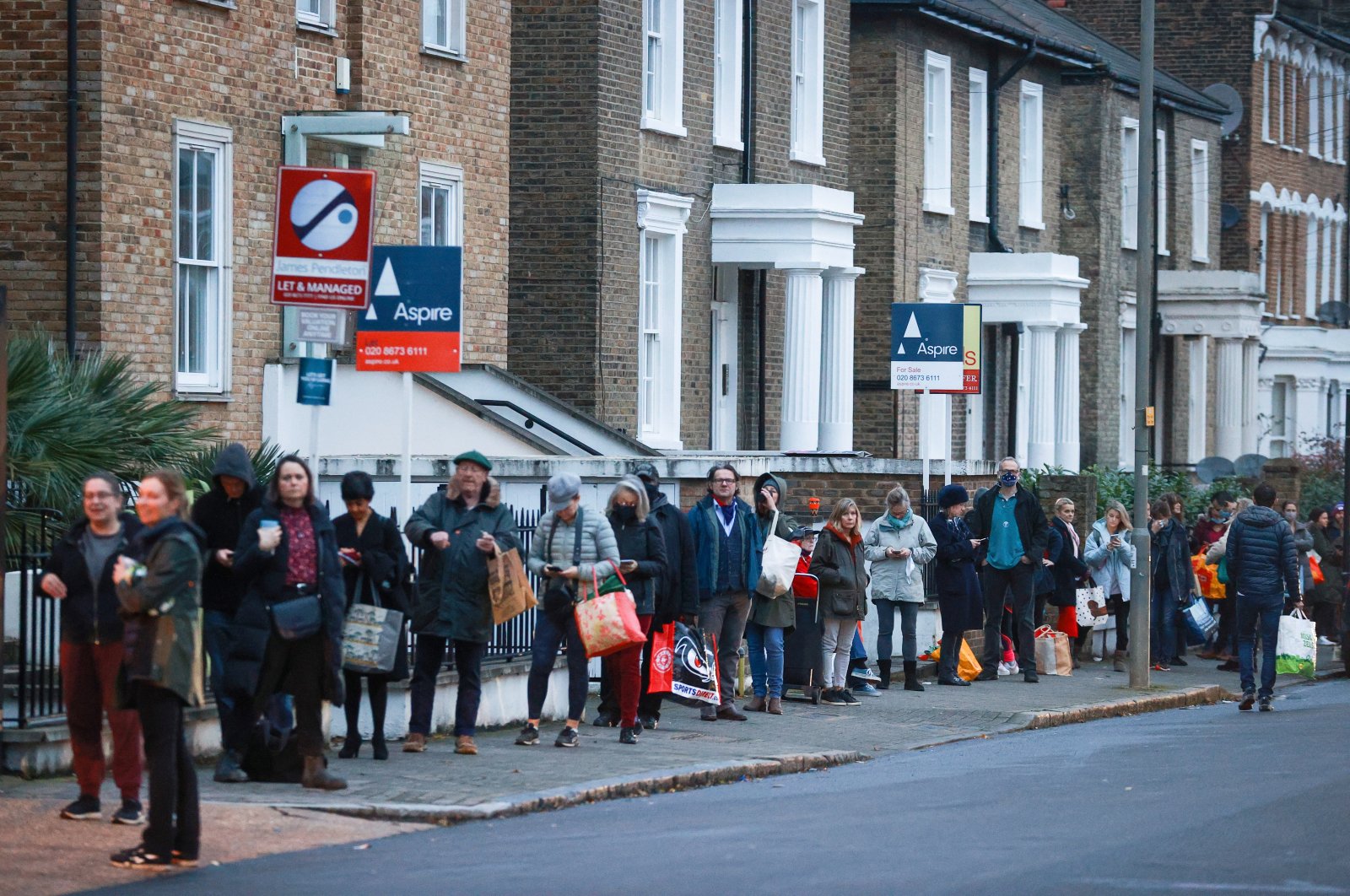 The terrifying parliamentary report on the U.K.'s mishandling of the pandemic reveals a catalog of blunders, including delaying imposing a lockdown to lethal effect

The British government waited too long to impose a lockdown in the early days of the COVID-19 pandemic, missing a chance to contain the disease which lead to thousands of unnecessary deaths, a parliamentary report concluded Tuesday.

The deadly delay stemmed from ministers’ failure to question the recommendations of scientific advisers, resulting in a dangerous level of "groupthink” that caused them to dismiss the more aggressive strategies adopted in East and Southeast Asia, according to the joint report from the House of Commons’ science and health committees. It was only when Britain's National Health Service (NHS) risked being overwhelmed by rapidly rising infections that Prime Minister Boris Johnson's Conservative government finally ordered a lockdown.

“The U.K., along with many other countries in Europe and North America made a serious early error in adopting this fatalistic approach and not considering a more emphatic and rigorous approach to stopping the spread of the virus as adopted by many East and Southeast Asian countries,” said the report published on Tuesday.

"There was a desire to avoid a lockdown because of the immense harm it would entail to the economy, normal health services and society,’’ it said. "In the absence of other strategies such as rigorous case isolation, a meaningful test-and-trace operation, and robust border controls, a full lockdown was inevitable and should have come sooner.’’

The U.K. parliamentary report comes amid frustration with the timetable for a formal public inquiry into the government’s response to COVID-19, which Johnson says will start next spring. Lawmakers said their inquiry was designed to uncover why Britain performed "significantly worse” than many other countries during the early days of the pandemic so that the U.K. could improve its response to the ongoing threat from COVID-19 and prepare for future threats.

The 150-page report is based on testimony from 50 witnesses, including former Health Secretary Matt Hancock and former government insider Dominic Cummings. It was unanimously approved by 22 lawmakers from the three largest parties in Parliament: the governing Conservatives and the opposition Labour Party and the Scottish National Party.

The committees praised the government’s early focus on vaccines as the ultimate way out of the pandemic and its decision to invest in vaccine development. These decisions led to Britain’s successful inoculation program, which has seen almost 80% of people 12 and over now fully vaccinated.

"Millions of lives will ultimately be saved as a result of the global vaccine effort in which the U.K. has played a leading part,” the committees said. But they also criticized the government’s test-and-trace program, saying its slow, uncertain and often chaotic performance hampered Britain’s response to the pandemic.

The government’s strategy during the first three months of the crisis reflected official scientific advice that widespread infection was inevitable given that testing capacity was limited; that there was no immediate prospect for a vaccine; and the belief that the public wouldn’t accept a lengthy lockdown, the report said.

As a result, the government sought merely to manage the spread of the virus, instead of trying to stop it altogether. The report described this as a "serious early error” that the U.K. shared with many countries in Europe and North America.

Over 138,000 people died from the coronavirus in the U.K. since the pandemic started in China in December 2019. The number is one of the highest death tolls in the world. While the country's highest emergency decision-making authority first met over COVID-19 on Jan. 4, 2020, lawmakers said the isolation was not introduced until March 23 of that year. The “gradual and incremental approach” to non-pharmaceutical interventions cost lives, it added.

“Decisions on lockdowns and social distancing during the early weeks of the pandemic – and the advice that led to them – rank as one of the most important public health failures the United Kingdom has ever experienced,” they wrote.

"Accountability in a democracy depends on elected decision-makers not just taking advice, but examining, questioning and challenging it before making their own decisions,” the committees said. "Although it was a rapidly changing situation, given the large number of deaths predicted, it was surprising the initially fatalistic assumptions about the impossibility of suppressing the virus were not challenged until it became clear the NHS would be overwhelmed.”

Trish Greenhalgh, a professor of primary care health services at the University of Oxford, said the report "hints at a less-than-healthy’’ relationship between government and scientific bodies. With COVID-19 still killing hundreds of people every week in Britain, advisory committees continue to debate exactly what evidence is "sufficiently definitive” to be considered certain, she said.

"Uncertainty is a defining feature of crises,’’ Greenhalgh said. "Dare we replace ‘following the science’ with ‘deliberating on what best to do when the problem is urgent but certainty eludes us’? This report suggests that unless we wish to continue to repeat the mistakes of the recent past, we must.”

Even senior officials like Cummings and Hancock told the committees they were reluctant to push back against scientific consensus. Hancock said as early as Jan. 28, 2020, he found it difficult to push for widespread testing of people who didn’t show symptoms of COVID-19 because scientific advisers said it wouldn’t be useful.

"I was in a situation of not having hard evidence that a global scientific consensus of decades was wrong but having an instinct that it was,” he testified. "I bitterly regret that I did not overrule that scientific advice.”

The report also criticized the government's decision to send back elderly patients to nursing homes without testing them for COVID-19 – a move that has led to a sharp increase in the number of cases among the most vulnerable populations – as well as decisions regarding ethnic minorities and people with disabilities.

On a more positive note, the report praised Britain's vaccination program and research into developing treatments. “A significant part of the success of the Oxford/AstraZeneca vaccine was due to the Government’s early investment in research and development which originally started with the UK Vaccines Network set up in 2016,” the report said. “That investment and support through successive governments has clearly paid off.”

It also noted that more than 42,000 volunteers worldwide have been recruited to participate in the University of Oxford's Randomised Evaluation of COVID-19 Therapy (RECOVERY) study.

“Establishing the effectiveness of dexamethasone and the ineffectiveness of hydrochloroquine were vital contributions to the worldwide battle against COVID-19 and estimated to have saved over a million lives globally,” it said.