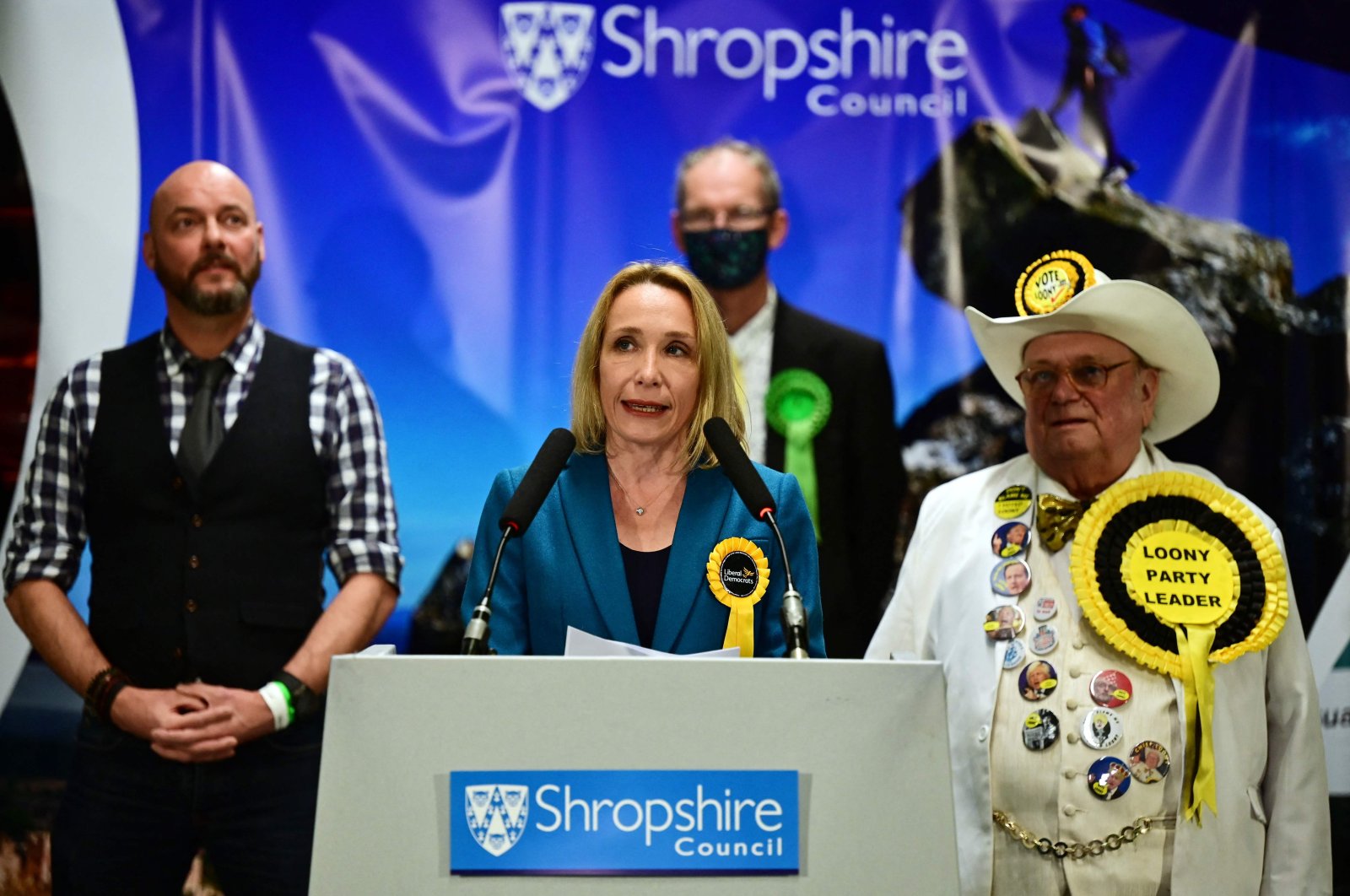 His party won the seat in North Shropshire, central England, by a massive majority in 2019, but the Liberal Democrats wiped that out in Thursday's vote in a result that will intensify the mutinous mood among Conservative members of Parliament.

Johnson, 57, was already reeling after nearly 100 of his members of Parliament rebelled Tuesday against the government's introduction of vaccine passes for large events.

The U.K. leader's authority has also been clobbered repeatedly in recent weeks by claims of corruption and reports that he and his staff broke coronavirus restrictions last Christmas.

Weeks of bad headlines turned what would normally be a routine victory in the safe rural seat – won by 23,000 votes just two years ago – into a shattering defeat of almost 6,000 votes, while surging virus cases have added to a sense of crisis.

The government reported around 89,000 new infections Thursday, the second consecutive record daily tally. Winning candidate Helen Morgan said that voters had sent a message "loudly and clearly" to Johnson that "the party's over."

"Your government, run on lies and bluster, will be held accountable. It can and will be defeated," she vowed.

'Slap in the face'

Defeat will likely see more lawmakers filing letters of no-confidence in their leader, which could trigger an internal party vote to remove him.

The same process saw his predecessor Theresa May ousted in mid-2019 after members of Parliament, including Johnson, voted against her Brexit deal in Parliament.

The Liberal Democrats appeared to have been helped by supporters of the main national opposition Labour party lending them their votes.

"I'll be voting for the Liberal Democrats because I'm so offended by the performance of Johnson," Martin Hill, 68, who votes Labour typically, told Agence France-Presse (AFP) earlier this week. "It'll be a tactical vote – I want to give Johnson a slap in the face."

However, others in the small town of Whitchurch were prepared to overlook the former London mayor's transgressions.

"I don't think it's enough for us to say: 'right, we want a new leader now,' because I think Boris has done an excellent job," said 67-year-old Sue Parkinson, who has voted Conservative for the last two decades.

The atmosphere before the vote was a far cry from May when the Conservatives swept to an unprecedented by-election victory in the northeast England seat of Hartlepool on the back of a successful vaccine rollout.

But the virus is once more dominating British life and the omicron variant's arrival has again deepened the gloom before Christmas, with the prime minister's authority seen as weakened.

Johnson – who won voters' overwhelming backing in 2019 on his promise to "Get Brexit Done" – has been dogged by controversies since early last month.

It began with his unsuccessful attempt to change Parliament's disciplinary rules to spare North Shropshire lawmaker Owen Paterson a suspension after he was found to have breached lobbying rules.

Paterson, who had held the seat since 1997, quit, forcing Thursday's by-election. However, that crisis was soon eclipsed by reports that Johnson and his staff broke the COVID-19 rules last year by holding several parties around Christmas – just as the public was told to cancel their festive plans.