UK's Prince Philip back in private hospital after heart procedure 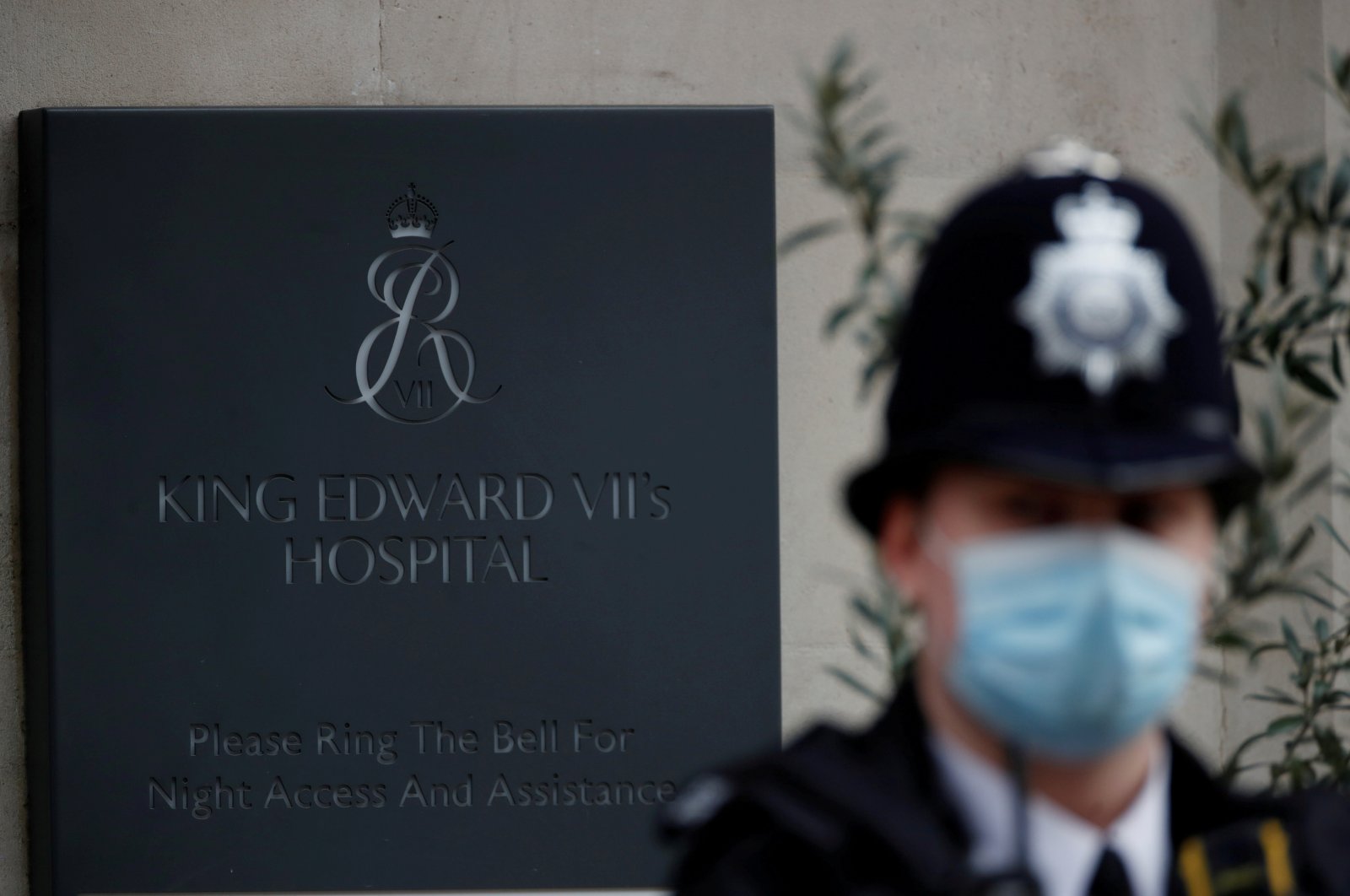 The announcement came just as U.S. broadcaster CBS released another clip of its interview with the Duke of Edinburgh's grandson, Prince Harry, and his wife, Meghan, which has triggered a transatlantic royal war of words.

The couple's criticisms about royal life and the concerns for the health of Philip, who turns 100 in June, have prompted calls for the broadcast to be postponed.

Harry, 36, and Meghan, 39, stepped back as working royals last year. She has accused the centuries-old institution of peddling lies about them.

Meghan is also reportedly facing an internal palace investigation into claims that she bullied royal household staff during her time in Britain.

The immediate concern in the U.K. on Friday was for the aged Prince Philip after he was moved from a specialist cardiac unit to recuperate at the private hospital he first entered nearly three weeks ago.

A National Health Service (NHS) ambulance with tinted windows was seen driving away from the state-run Saint Bartholomew's Hospital. He had been brought to the specialist site near Saint Paul's Cathedral in a similar vehicle, with police and royal protection officers blocking the views of waiting photographers and camera crews.

Prince Philip was driven back to King Edward VII's Hospital in the upmarket Marylebone district of central London, where he was first admitted on Feb. 16 after feeling unwell.

He had been moved to Barts on Monday, then on Wednesday had an unspecified procedure for a heart condition, widely believed to be linked to a coronary stent he had fitted in 2011.

"The duke is expected to remain in hospital for continuing treatment for a number of days," royal officials said.

The former naval officer's lengthy stay in the hospital has raised fears for his health, given his age, but royal officials have been quick to stress it was not related to COVID-19.

The duke and the queen, who is 94, both received their first dose of the COVID-19 vaccine in January at their sprawling Windsor Castle home west of London, where they have been isolating for nearly a year.

Earlier this week, Camilla, Duchess of Cornwall, who is married to Philip's eldest son, Prince Charles, said he was "slightly improving."

However, royal commentators have expressed fears about the impact of Harry and Meghan's tell-all interview with the U.S. chat show host Oprah Winfrey due to be aired on Sunday.

The Sun newspaper said the queen was being helped through the series of family crises by two new corgi puppies, the latest in a long line of the breed she has owned since 1944.

A steady drip of excerpts from Harry and Meghan's sit-down chat at their California mansion has been seen by some as a push to control the narrative, and court public sympathy, after their shock decision to quit.

Since moving to North America with their young son, Archie, the couple has launched a series of legal actions against media organizations for their reporting.

On Friday, a London court ordered the Mail on Sunday weekly to publish a front-page statement after Meghan won a breach of privacy and copyright claim against it.

The couple's stance has polarised opinion, with opponents critical of them for breaking an age-old royal convention not to speak about personal or private matters.

Meghan, who is formally known as the Duchess of Sussex, said in the latest released clip that it was "liberating" to have been able to agree to speak to Winfrey without the constraints of protocol and precedent.

Winfrey requested an interview with the couple before their fairytale wedding at Windsor in 2018, which she attended.

Meghan, a former television actress who has championed women's rights, mental health and charitable causes, said she had to refuse at the time.

"As an adult who lived a really independent life to then go into this construct, that is different than I think what people imagine it to be, it's really liberating to be able to have the right, and the privilege in some ways, to be able to say, 'Yes, I'm ready to talk,'" she said.