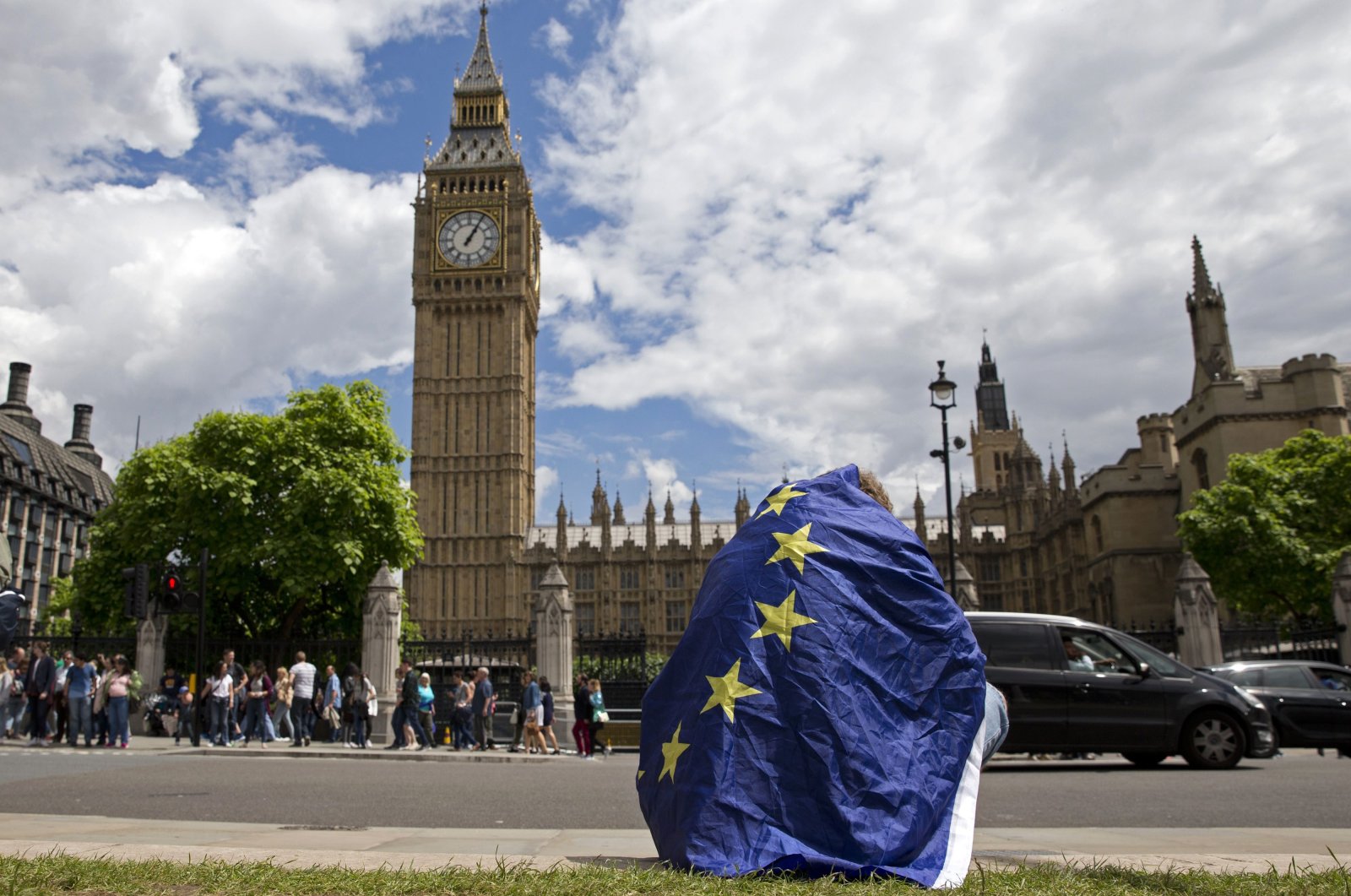 A demonstrator draped in a European Union flag sits on the ground during a protest against the outcome of the U.K.'s June 23 referendum on the EU, in central London, Britain, June 25, 2016. (AFP Photo)
by REUTERS Jan 21, 2021 3:27 pm
RECOMMENDED

The U.K.'s reluctance to give the European Union's ambassador in London full diplomatic status upon the bloc's request sparked a scandal between the newly divorced parties on Thursday.

Britain, an EU member for 46 years, voted to quit the bloc in 2016 and completed its tortuous journey out of the union on Dec. 31, when Brexit fully took effect. The BBC reported that the Foreign Office was refusing to grant the same diplomatic status and privileges to EU ambassador Joao Vale de Almeida and his team as it gives to envoys of countries, on the basis that the EU is not a nation-state.

The Foreign Office did not immediately respond to a request for comment.

The European Commission, the 27-member bloc's executive body, said the EU's 143 delegations around the world had all been granted a status equivalent to that of diplomatic missions of states, and Britain was well aware of the fact.

"Granting reciprocal treatment based on the Vienna Convention on Diplomatic Relations is standard practice between equal partners and we are confident that we can clear this issue with our friends in London in a satisfactory manner," said Peter Stano, the commission's spokesperson for foreign affairs. Stano added that when Britain was still an EU member, it had been supportive of the diplomatic status of EU delegations.

"Nothing has changed since the U.K.'s exit from the European Union to justify any change in stance on the U.K.'s part," he said. The BBC report quoted the Foreign Office in London as saying, "Engagement continues with the EU on the long-term arrangements for the EU delegation to the UK."