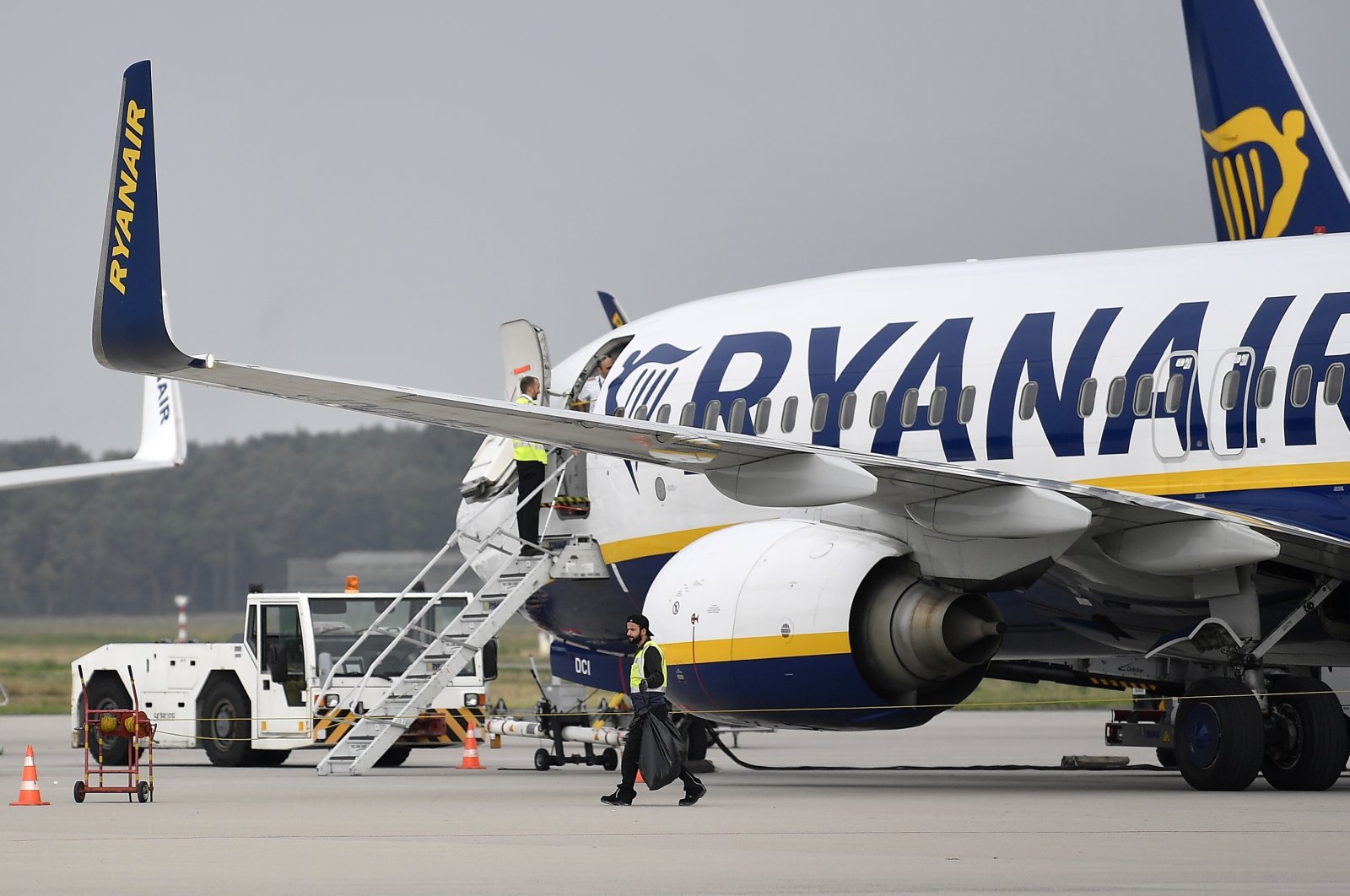 The United Nations and NATO expressed concern about the forced landing of a Ryanair flight in Belarus to detain an opposition figure, while the European Union is expected to discuss imposing sanctions on the country over the incident.

The U.N.'s aviation agency said it was "strongly concerned" by the apparent forced landing of a Ryanair jetliner in Belarus.

The International Civil Aviation Organization (ICAO) said the incident may have contravened the Chicago Convention, a 1944 treaty that set rules for the burgeoning industry anticipated after World War II and which underpins civil aviation today.

Authorities in Belarus scrambled a fighter jet and flagged what turned out to be a false bomb alert to force a Ryanair plane to land, drawing international criticism.

The jet was flying through Belarusian airspace en route from Athens to Lithuania when it was diverted to Minsk, the capital of Belarus, where authorities detained an opposition-minded journalist who had been on board.

"ICAO is strongly concerned by the apparent forced landing of a Ryanair flight and its passengers, which could be in contravention of the Chicago Convention," the agency said in a Twitter post.

"We look forward to more information being officially confirmed by the countries and operators concerned."

ICAO has no regulatory power but sits at the center of a system of safety and security standards that are managed through the Montreal agency by its 193 member states, including Belarus.

Aviation experts said the incident could fuel debate over the resilience of a decades-old system of cooperation.

Under the landmark 1994 Chicago Convention, each country has complete sovereignty over its own airspace, though the treaty prohibits any use of civil aviation that may endanger safety.

A separate 1971 treaty signed in Montreal, of which Belarus subsequently became a member, outlaws the seizure of aircraft and various offenses, including knowingly communicating false information in a way that endangers aircraft safety.

The proposal for a joint declaration will be put forward at a meeting of European leaders Monday and will include a call to recognize the incident as a violation of ICAO rules, the foreign ministry said.

Lithuania has also asked its EU allies to summon Belarusian ambassadors and to protest against the use of military aircraft to divert planes.

"This is a brutal affront against all (the) EU," Lithuania's Foreign Minister Gabrielius Landsbergis said in a statement.

EU leaders will discuss toughening their sanctions regime against Belarus Monday at their planned summit following the incident.

A spokesperson said European Council President Charles Michel "will put tomorrow the question of the forced landing of Ryanair flight in Minsk. Consequences and possible sanctions will be discussed at this occasion."

Meanwhile, NATO chief Jens Stoltenberg called for an international investigation into the forced landing of the Ryanair plane by Belarusian authorities.

"This is a serious and dangerous incident that requires international investigation. Belarus must ensure safe return of crew and all passengers," he tweeted Sunday.

He said he was "closely monitoring" the situation, including the reported arrest of a Belarusian opposition activist who was on board.

In power since 1994, President Alexander Lukashenko launched a violent crackdown on the 2020 street protests. Around 35,000 people have been detained since August, human rights groups say. Dozens have received jail terms. Authorities say that more than 1,000 criminal cases have been opened.