US, Germany pipeline deal seeks to hold Russia in check 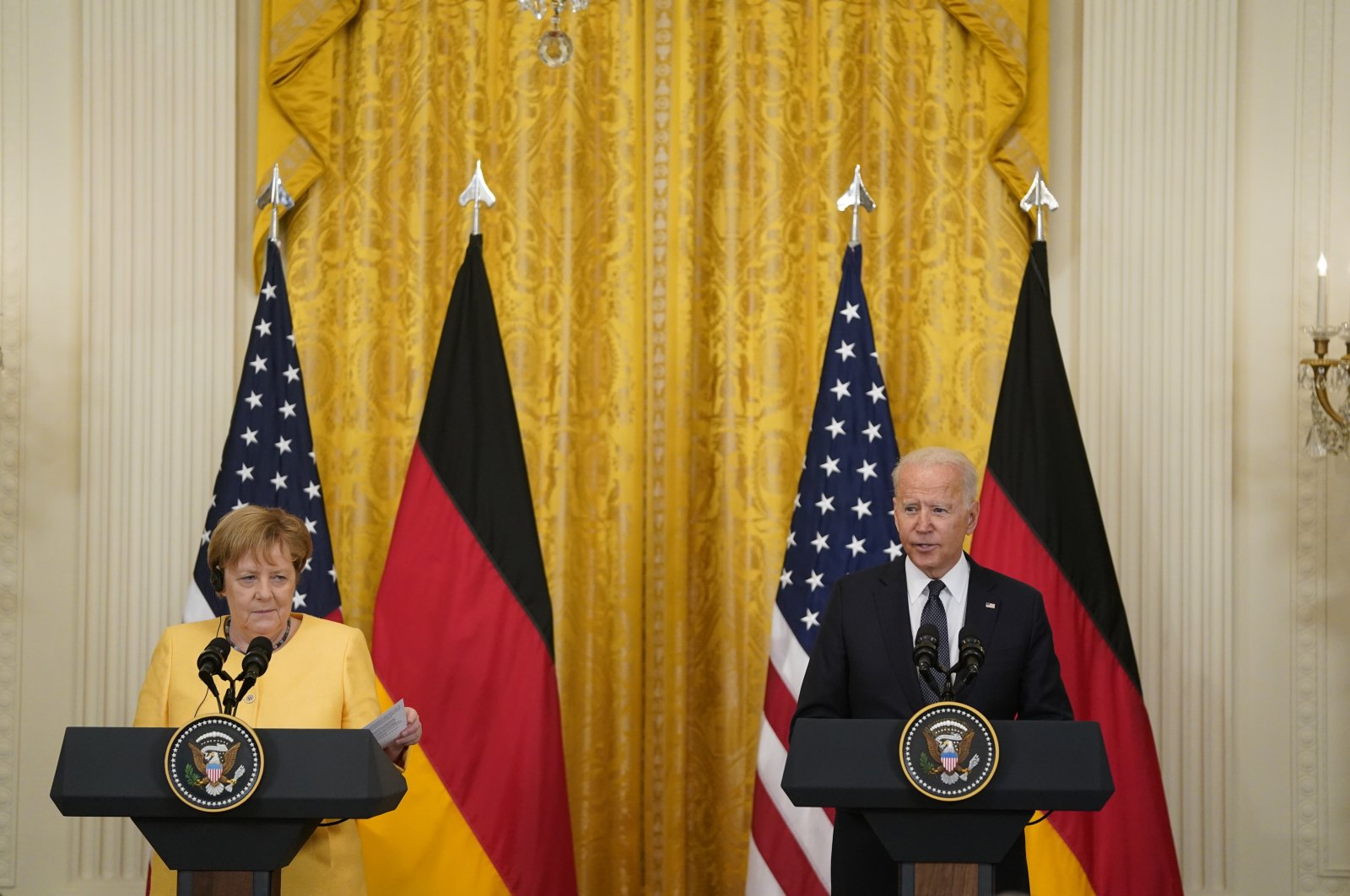 In an agreement reached Wednesday with Germany, the United States acknowledged the inevitable completion of the controversial Nord Stream 2 pipeline but was able to get its NATO ally to agree that it would threaten Russia with sanctions if it tried to maliciously leverage its energy transit capabilities.

President Joe Biden's Republican rivals swiftly denounced the agreement as emboldening Russian President Vladimir Putin but the administration argued that it was trying to secure a favorable outcome from a pipeline that is nearly complete.

"This is a bad situation and a bad pipeline but we need to help protect Ukraine and I feel that we have made some significant steps in that direction," Victoria Nuland, the under secretary of state for political affairs, said as she unveiled details before a Senate hearing.

Biden, who welcomed German Chancellor Angela Merkel last week, has waived most sanctions on Nord Stream required by Congress, arguing that it was too late to stop it and it was better to work with Germany.

The pipeline through the Baltic Sea has been vigorously opposed by Ukraine, which has been battling pro-Moscow separatists since 2014 and sees the transit of Russian gas through its territory as vital leverage.

"Germany has committed in this agreement with us that should Russia attempt to use energy as a weapon or commit further aggressive acts against Ukraine, Germany will take actions at the national level and press for effective measures at the European level including sanctions to limit Russian export capabilities to Europe in the energy sector," Nuland said.

Nuland said that Germany had also agreed to work alongside the United States to press Russia to extend by 10 years a transit agreement through Ukraine that is due to expire at the end of 2024.

Another top State Department official, Derek Chollet, headed this week both to Ukraine and Poland to discuss the agreement on the pipeline.

Germany, which had intense friction with former U.S. President Donald Trump, has hailed the approach of Biden as a revitalization of the alliance.

Republicans swiftly criticized the agreement, saying it betrayed Ukraine and would embolden Putin.

Republican Senator Ted Cruz has cited concerns about Nord Stream as he holds up confirmations of key Biden appointees to diplomatic posts.

"We always knew Biden was in bed with Putin, now they're spooning," Cruz said.

Biden has also faced criticism from Democrats on Nord Stream 2 but his defenders call the Republican attacks farcical, noting that Trump unabashedly praised Putin and showed distaste for Ukraine, with a telephone call in which he tried to strong-arm Zelenskyy triggering his first impeachment.

Nuland, a former career diplomat famous for rallying behind pro-Western protesters in Ukraine in 2013, bluntly replied to Cruz that the Trump administration, which took over in 2017, bore responsibility.

"I believe that we were in 2016 on our way to stopping the pipeline," she said. "When the Biden administration came into office four years later, that pipeline was 90 percent-plus complete."