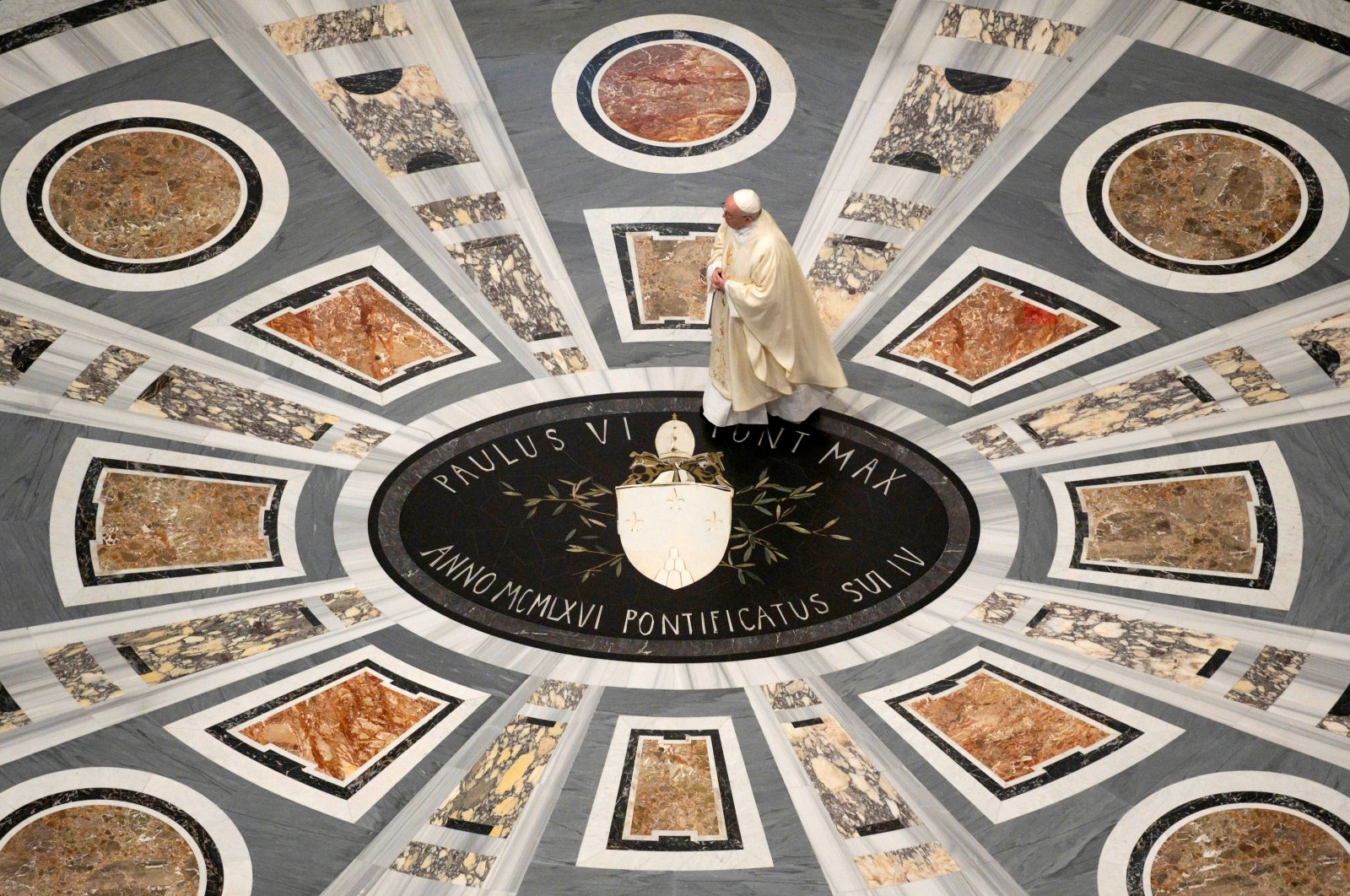 Pope Francis walks inside St. Peter's Basilica to lead a private Mass in a side chapel where St. John Paul II is buried to commemorate the 100th anniversary of the late pope's birth, the Vatican, May 18, 2020. (Vatican Media handout via Reuters)
by REUTERS May 18, 2020 2:14 pm
RECOMMENDED

The full reopening of St. Peter's Basilica, inaugurated by Pope Francis, was held on Monday and for the first time in two months, Catholic churches held public Masses in the latest easing of Italy's coronavirus restrictions.

Francis said a private Mass was held in a side chapel where St. John Paul II is buried to commemorate the 100th anniversary of the late Polish pope's birth.

The basilica, which on Friday underwent a sanitization to make it as coronavirus-free as possible, later opened to the public for Masses by priests on other side altars after the pope had left.

Signs in English and Italian told those entering that they had to keep at least 1.5 meters (5 feet) apart, wear masks and sanitize their hands.

Churches throughout Italy began holding Masses under strict new guidelines worked out between the country's bishops and government.

On Sunday, the pope urged Italians to observe the new norms "in order to defend each other's health and the health of the people."
But, according to an Italian reporter inside the basilica on Monday morning, at least one priest at a side altar did not wear gloves or a mask while giving communion.

Technically, St. Peter's has remained open during the Italian lockdown, which began in early March, although only for private prayer. Only very few people had entered because of increased security to avoid gatherings in the square outside.

The few worshippers entering the basilica on Monday morning had their temperatures taken with a scanner before being channeled into a zig-zag waiting pattern with distancing markers taped to the ground.

Inside, the bronze statue of St. Peter, whose right toes are worn down by centuries of kissing or touching by pilgrims, was roped off so they could not continue the tradition.

With few tourists currently visiting the Italian capital, some locals saw it as an opportunity to reclaim a church they consider theirs and which many usually avoid because of the large crowds. "Coming here was a unique opportunity. It was surreal and with the number of visitors at a minimum, the basilica was more wonderful than ever," said Pietro Muratori.

The Vatican has not yet announced when the pope will conduct a public Mass from the main altar. His services since early March have been held in an almost empty chapel in his residence and streamed live on the internet or on television.