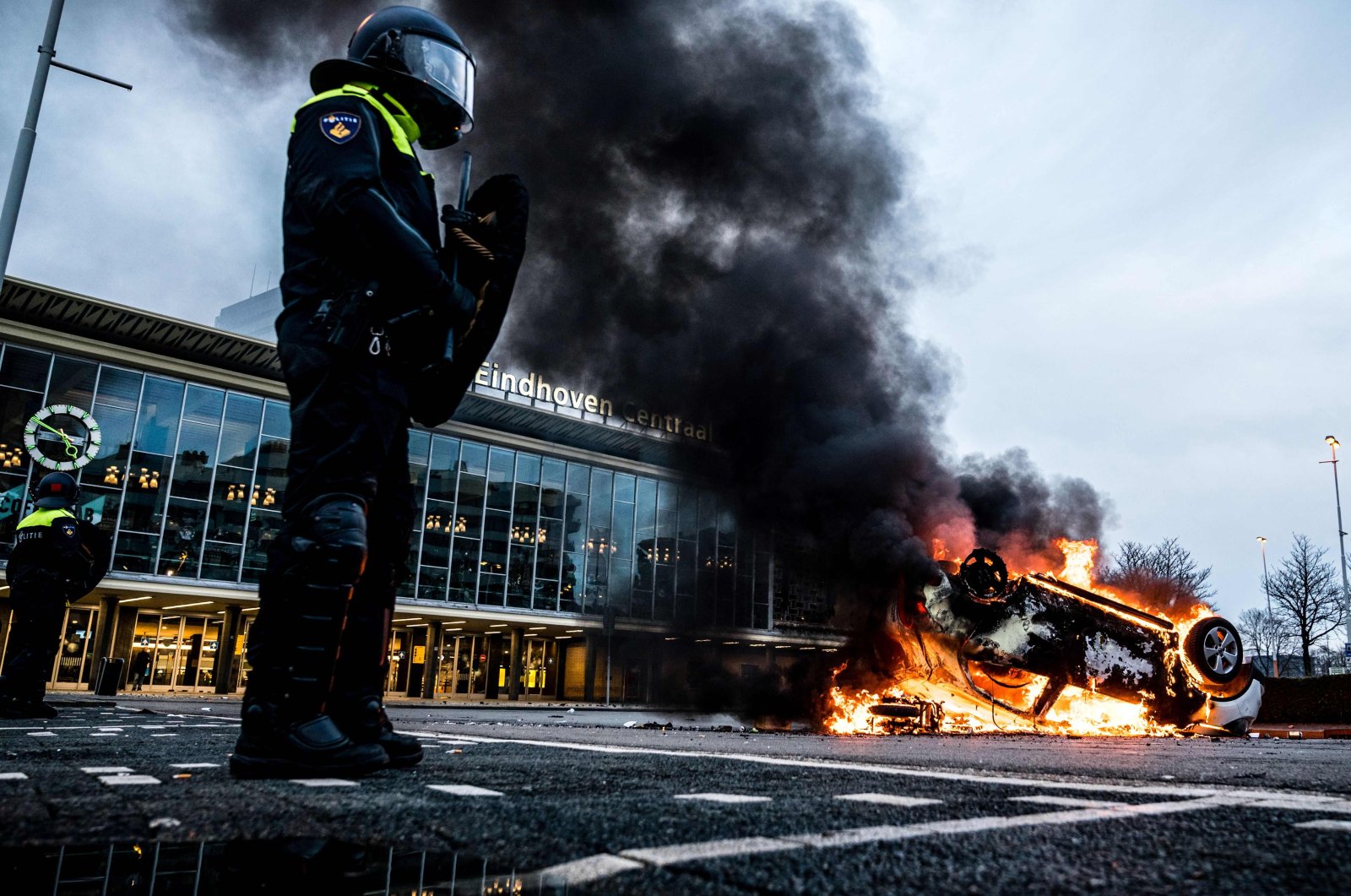 A car is set on fire in front of the train station after a rally by several hundreds of people against the coronavirus policies, in Eindhoven, the Netherlands, Jan. 24, 2021. (AFP Photo)
by German Press Agency - DPA Jan 25, 2021 2:53 pm
RECOMMENDED

Violence swept the Netherlands over the weekend as angry Dutch citizens burned vehicles and smashed buildings' windows in protest of the government-imposed measures and curfews to contain the spread of the coronavirus in the country. Dutch police are expecting more protests against the tough measures.

Prime Minister Mark Rutte came down hard on the "criminal violence," calling it "absolutely unacceptable" on Monday. Police spoke of the worst rioting in four decades and expect more in the coming days.

Demonstrations against the coronavirus measures, including a curfew, escalated late Sunday in more than 10 cities. Police believe football hooligans, coronavirus deniers and neo-Nazis were among the groups represented at the demonstrations, which were called for on social media. Similar protests had also taken place during previous weekends.

"When you see the country on fire in this way, it resembles a civil war," said John Jorritsma, the mayor of Eindhoven, one of the cities that saw particularly violent riots, including looted shops and the rail station being wrecked. "Hooligans came from all corners of the country, they had arranged to meet via social media," Jorritsma said.

Hundreds of protesters gathered in Amsterdam and Eindhoven, pelting police officers with stones and fireworks despite a ban on gatherings. Security forces hit back using water cannons in both cities. In Eindhoven, police also used tear gas.

The curfew, the Netherlands' first since the start of the pandemic, began late Saturday and requires citizens to stay in their homes from 9 p.m. until 4:30 a.m. every night. Violations of the curfew are being met with a 95-euro ($116) fine.