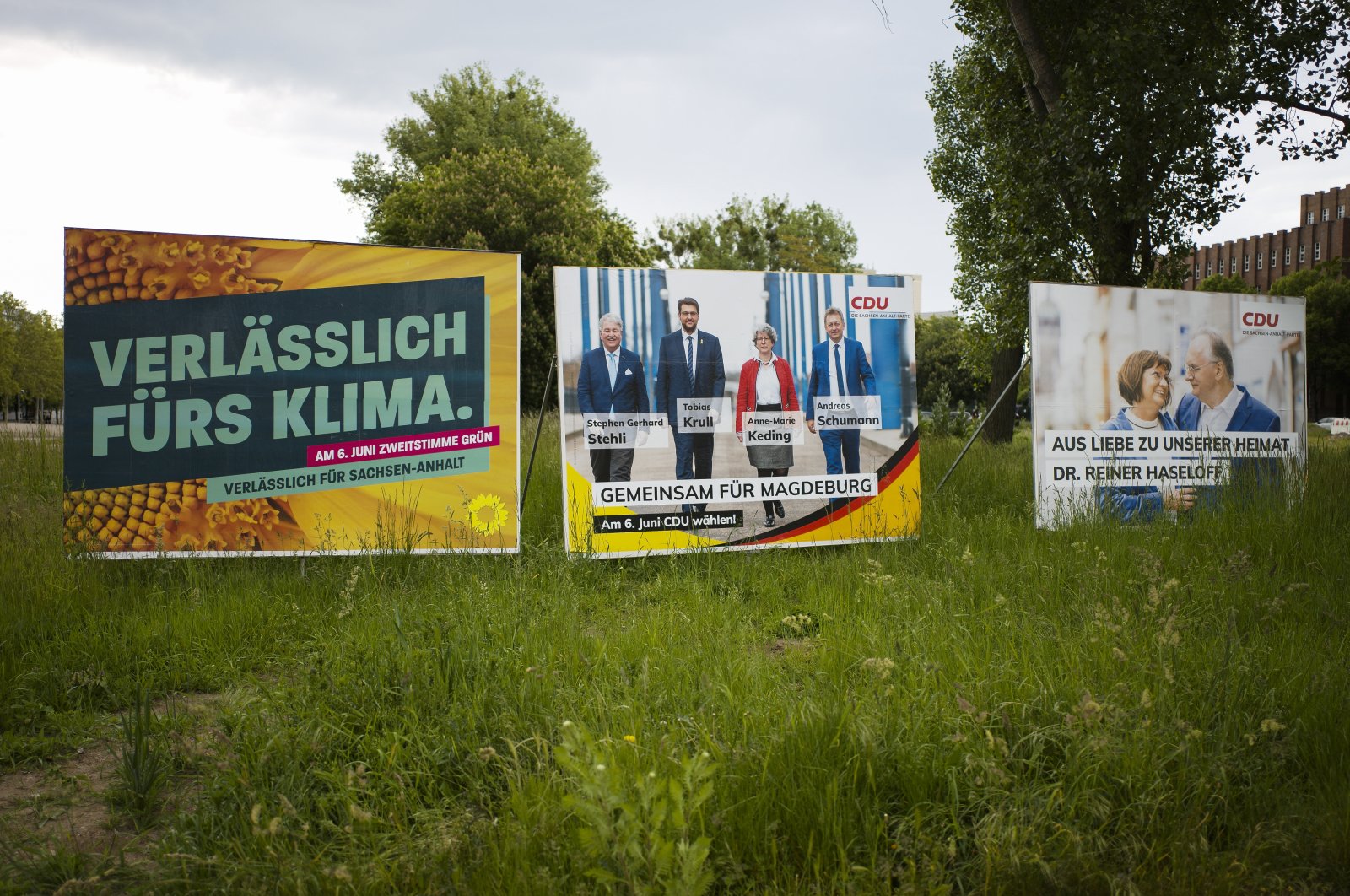 A state vote in Germany that will hold place on Sunday is largely viewed as a last major test for the country's politicians before a September election that will oust Chancellor Angela Merkel.

After a bumpy start to the year, the longtime leader's bloc is hoping for a good showing in an eastern region where a far-right party is a strong challenger.

The vote for a new legislature in Saxony-Anhalt, a state of 2.2 million people that is one of Germany's less prosperous, puts a sharp focus on one problem Merkel's Christian Democratic Union (CDU) faces in the east: reining in the far-right Alternative for Germany, or AfD. Its bigger challenge nationally is on its other flank: keeping at bay the environmentalist Greens, who are strongest in western Germany and in big cities.

And Armin Laschet, the centrist CDU leader who is running to succeed Merkel as chancellor in the Sept. 26 national election, needs to rally conservatives behind him after he emerged as the party's candidate from a bruising duel in April.

The election year started badly for the CDU when it lost two state votes in March to popular incumbent governors from more liberal parties. In Saxony-Anhalt, it has a popular incumbent of its own in Reiner Haseloff, 67, who has governed for the past decade. Most recent polls put Haseloff's party a few points ahead of AfD, though one showed the parties roughly level. AfD took nearly a quarter of the vote in Saxony-Anhalt's last state election five years ago. It appears on course for a similar performance this time, although its local branch lacks prominent figures and is viewed as being on the party's hard-right wing.

"We cannot want a radical right-wing party to be the strongest party in a German state legislature, so what happens in Saxony-Anhalt on Sunday is something that should concern all democrats,” Laschet told Deutschlandfunk radio this week. AfD fed on anger at Merkel’s welcome of migrants in 2015 and has drifted steadily further right, drawing increasing scrutiny from Germany's domestic intelligence agency. It recently has championed opposition to coronavirus restrictions, which are currently easing across Germany as infection rates decline.

The party is strongest in formerly communist eastern Germany, where it benefits from many people's perceptions of still being disadvantaged 30 years after reunification. Its performances there have forced mainstream parties into unwieldy coalitions such as Haseloff's governing alliance of the past five years with the center-left Social Democrats and the Greens.

"We still have two completely different electoral areas in east and west, with an AfD in the east that is three times stronger than in the west,” said Peter Matuschek of the Forsa polling agency. Recent national polls show support for the Union bloc, dominated by Laschet's CDU, at around 25% – roughly level with the Greens, whose co-leader Annalena Baerbock is making the party's first run for the chancellery.

They put AfD's support around the 10% mark. The Union had a solid poll lead until early this year on the strength of Merkel's management of the early stages of the pandemic, but then shed support in particular to the Greens and to the Free Democrats, a pro-business party.

That came amid discontent with a sluggish start to Germany's vaccination campaign, which is now reaching full speed, and a long spat over who would lead the Union into September's election that ended with Laschet squeezing past Markus Soeder, the leader of the CDU's Bavarian sister party, who had much better poll ratings. Matuschek sees Haseloff's popularity as the key to Sunday's vote, and little fallout from the Laschet-Soeder battle.

He also doesn't see significant risks to Laschet – so long as his party doesn't get into a discussion about whether to form a coalition with AfD, which "would be massively damaging to the federal CDU.” Haseloff has sought to stifle any such discussions, though not everyone in the party's local branch has always been so clear. Laschet said the CDU must "make clear that we won't talk to them, we won't cooperate with them, we won't form a coalition with them.”

Ahead of Sunday's election, CDU leaders have sought to rebuff comments by the federal government's point man for the east, Marco Wanderwitz. The CDU lawmaker said recently that some people in the east were "socialized in a dictatorship in such a way that, even after 30 years, they haven't arrived in a democracy.”

"Of course it is difficult if people turn away from democracy,” Merkel said Wednesday. "But I will never resign myself to this being accepted as given, and will continue to work to win everyone back for democracy, even if sometimes it takes a long time.”