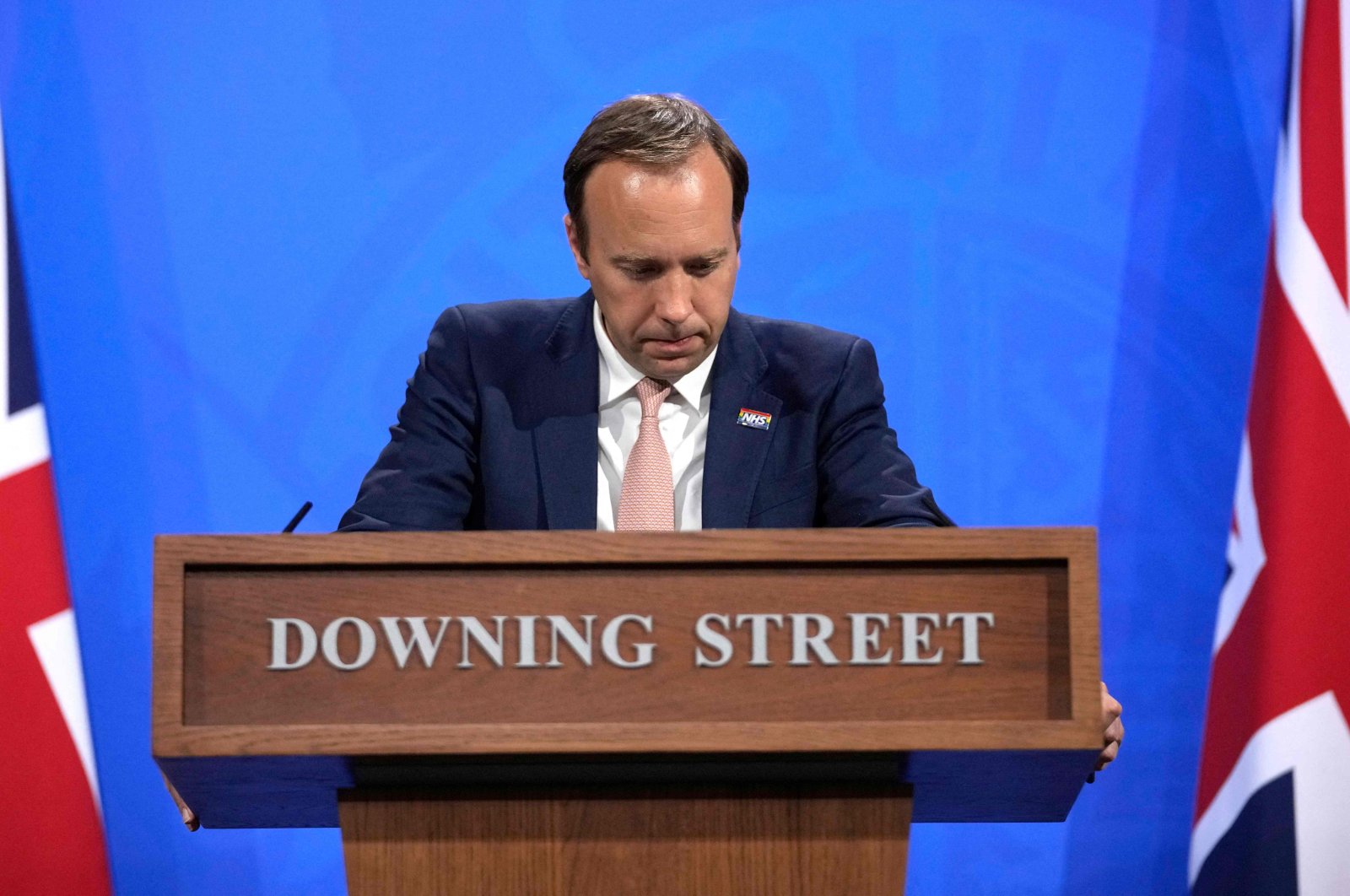 Britain's information watchdog seized computer equipment Thursday during raids at two homes after launching an investigation, as it looks into how footage of a government minister kissing an aide made it onto the front page of a tabloid newspaper.

Health Secretary Matt Hancock quit last month for breaching pandemic social distancing rules by having an affair with Gina Coladangelo while living with his wife.

The affair was revealed when The Sun newspaper published images taken by a camera in Hancock’s office.

The Information Commissioner’s Office is investigating the case as a potential violation of the Data Protection Act. It says the company that supplies the cameras to the Department of Health, Emcor Group, alleges that the images were taken from its system without consent.

The Sun’s editor, Victoria Newton, says the newspaper got the footage from "an angry whistleblower.”

Hancock, who had led Britain’s response to the coronavirus for more than a year, was one of a string of U.K. officials to be accused of breaching restrictions they imposed on the rest of the population.