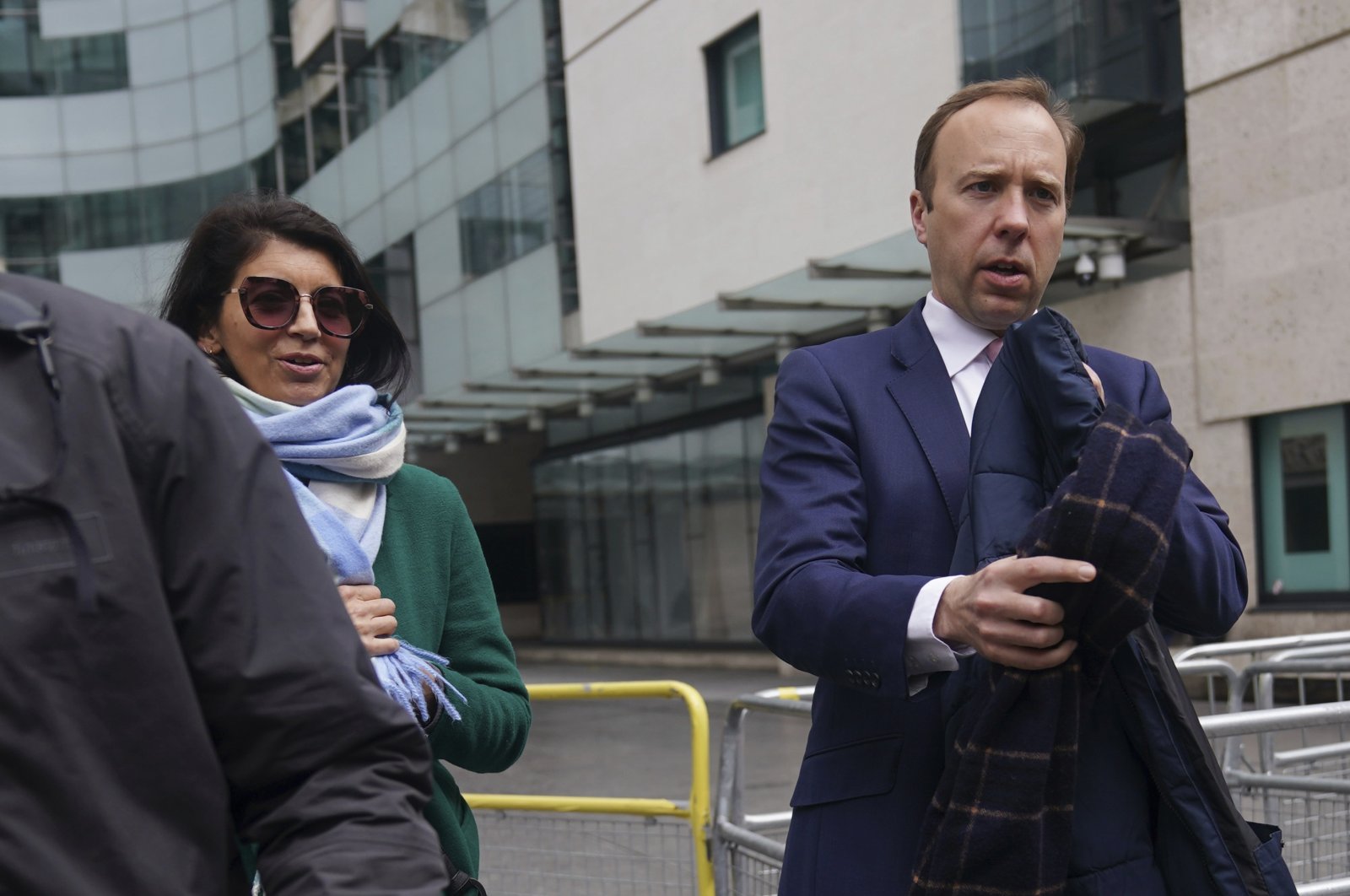 British Health Secretary Matt Hancock apologized for breaking COVID-19 rules after pictures of him kissing a married adviser appeared on the internet. He says he will "remain focused on working to get the country out of this pandemic,” signaling that he would not resign despite calls from opposition parties.

"I accept that I breached the social distancing guidance in these circumstances," the health secretary said. "I have let people down and am very sorry.”

Hancock said, "I remain focused on working to get the country out of this pandemic, and would be grateful for privacy for my family on this personal matter."

The suspected affair was revealed Friday by The Sun, which published two photos, allegedly showing Hancock with Gina Coladangelo, whom he appointed as an aide last September.

"If Matt Hancock has been secretly having a relationship with an adviser in his office – whom he personally appointed to a taxpayer-funded role – it is a blatant abuse of power and a clear conflict of interest,” Labour Party chairperson Annaliese Dodds said. "The charge sheet against Matt Hancock includes wasting taxpayers' money, leaving care homes exposed and now being accused of breaking his own (COVID-19) rules,” she said.

"His position is hopelessly untenable. Boris Johnson should sack him."

The main opposition Labour Party said the government needed to answer questions about the undisclosed appointment of the aide and former lobbyist Gina Coladangelo to Hancock's top advisory team. Both she and Hancock are married.

"The appointment followed all the correct procedures," Johnson's spokesperson said.

Transport Secretary Grant Shapps said Coladangelo would have gone through an "incredibly rigorous" process to get the job.

"There are no shortcuts to that, as anyone who has had anything to do with the appointments system in the civil service knows," he told Sky News. Shapps declined to comment further on what he said was an "entirely personal" matter for his Cabinet colleague.

Last week, Hancock rejected criticism of his handling of the COVID-19 pandemic after private WhatsApp exchanges emerged in which Johnson appeared to describe him as "hopeless". Hancock has also previously faced allegations that he lied to Johnson and awarded a contract to an unqualified friend. He has faced further questions about his ownership of shares in a family company that won a coronavirus-related contract from his ministry last year.

In May 2020, scientist Neil Ferguson resigned from a government advisory panel after breaking rules on social distancing, following media reports that he had allowed a woman said to be his "lover" to visit him at home.

At the time, Hancock said Ferguson's behavior had left him "speechless" and that the scientist had been right to quit the role.

But when Johnson's then-chief adviser Dominic Cummings broke strict lockdown rules to travel across the country last year, causing a public uproar, the prime minister refused to sack him.