With Trump gone, NATO back to focusing on 'climate threat' 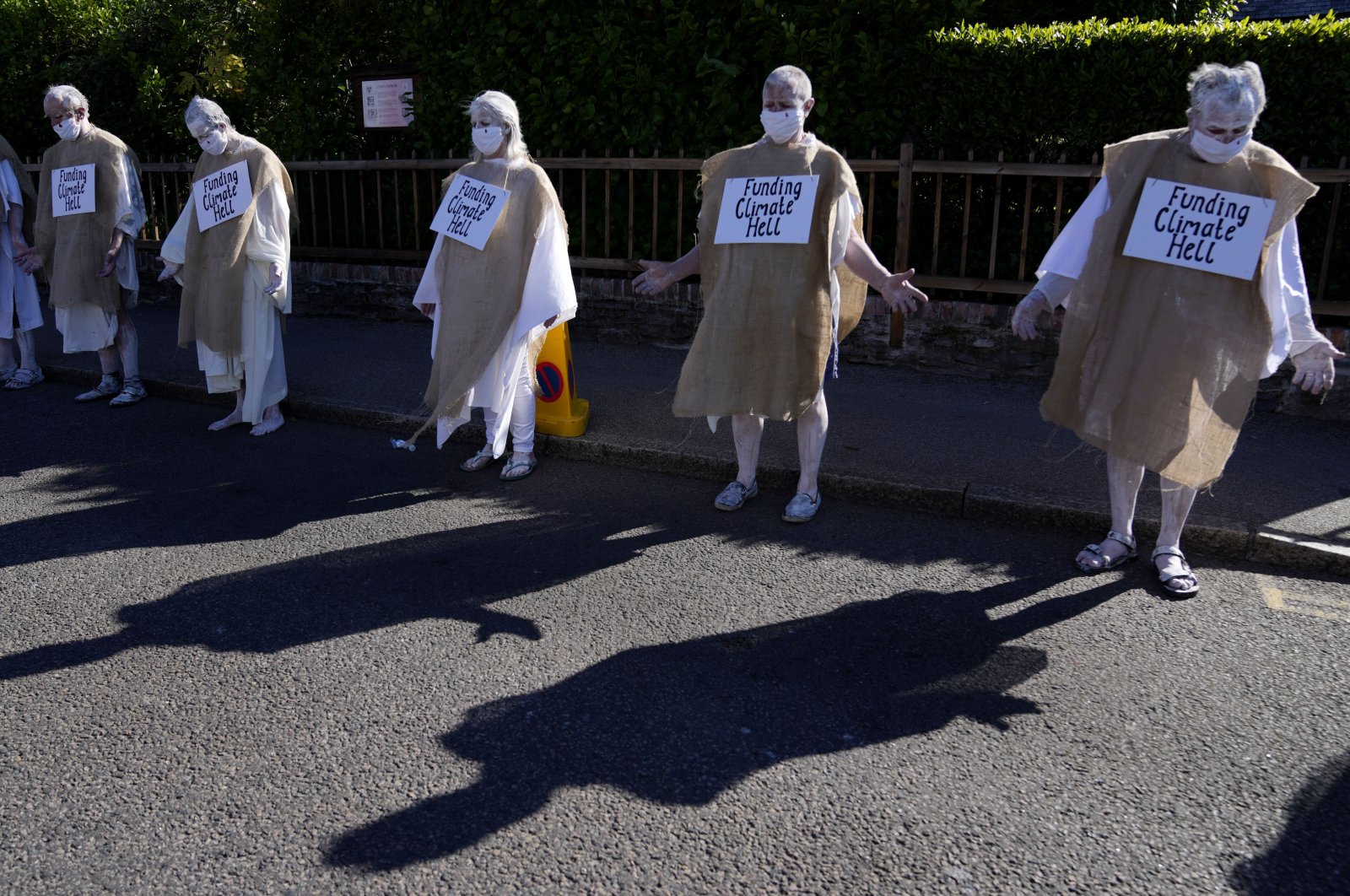 For years, climate change and global warming were not a priority for NATO, particularly amid former U.S. President Trump's views on climate impact. Now, with Biden prioritizing the issue, NATO is likely to approach it as a threat to trans-Atlantic security

After a period of negligence with President Donald Trump leading the United States, NATO leaders are back to focusing on global warming and climate change, making it a central focus of planning and strategy for the first time.

If the U.S. military were a nation-state, it would be the world's 47th largest emitter of planet-warming greenhouse gases, a 2019 study found.

Though the British universities of Lancaster and Durham took account only of emissions from fuel usage in their study, it pointed to the huge impact that armed forces across the globe are having on Earth's climate.

Leaders of the Western military alliance are set on Monday to agree on a climate action plan to make their armed forces carbon-neutral by 2050 and to adapt to threats posed by global warming.

NATO diplomats say efforts to focus on climate change were stymied during Trump's presidency. He called climate change a "hoax" and pulled the United States out of the international Paris Agreement to fight climate change.

Trump also expressed a lack of trust in NATO, and in 2018 threatened to withdraw the United States from the alliance formed in 1949 to contain a Soviet military threat.

Now, with U.S. President Joe Biden prioritizing climate action, the diplomats said NATO was able to act on concerns that climate change is a threat both to trans-Atlantic security and to alliance personnel.

"This is a defining challenge of our time, and we must be an organization that leads on it," a senior European NATO diplomat told Reuters.

NATO member states' militaries have long been aware that climate change will have huge security implications, expected to include increased migration, flooding at coastal NATO bases and a larger Russian presence in the Arctic as sea ice melts.

But, to reduce their own climate-warming emissions from fossil fuel use, the member states require reform at the center of the alliance because NATO sets fuel standards across the organization.

By committing to eliminating its net carbon dioxide emissions by 2050, NATO's action plan would align the organization with the pathway to deliver the Paris Agreement's goal of limiting global warming to 2 degrees Celsius (3.6 degrees Fahrenheit).

Meeting that goal will mean reducing military emissions that are often exempted from countries' carbon emissions targets – no mean feat for the U.S. Department of Defense, the world's single largest consumer of petroleum, according to research in 2019 by Neta Crawford at Boston University.

While experts say EU countries under-report emissions from national militaries, a study commissioned by the European Parliament calculated in February that the carbon footprint of EU military expenditure in 2019 was about 24.8 million tons of carbon dioxide equivalent – about the same as the carbon dioxide emissions released by around 14 million cars.

A German defense expert, who declined to be named, said a main battle tank such as Germany's Leopard 2 guzzles 400 liters (106 gallons) of diesel in the field to cover just 100 kilometers (62 miles). The average fuel consumption in the United States of a light-duty civilian vehicle was 9.4 liters per 100 kilometers in 2018, according to a 2020 International Energy Agency report.

Tank warfare also risks being tougher under global warming. During a NATO exercise in Poland in 2019, temperatures in German Ozelot tanks rose above 40 degrees Celsius, and soldiers could spend only a few hours at a time inside, a military source said.

Some NATO allies are working to reduce electricity use or are integrating climate prediction models into military missions. Germany has its first carbon-neutral barracks, producing energy almost completely from geothermal power and solar panels. The Dutch military can use solar panels instead of diesel generators during operations.

Militaries are also expecting more operations in climate-vulnerable regions, as troops are called on to help tackle climate-driven natural disasters. Such crisis management is one of NATO's fundamental tasks, because of its ability to provide food supplies and logistical and medical support quickly.

In 2018, eight of the 10 countries that host the largest number of personnel involved in multilateral peace operations were in areas highly exposed to climate change, according to a study by the Stockholm International Peace Research Institute.

Allies are also testing more equipment to operate in extreme cold. The durability of assets on the battlefield has always been a priority, European defense sources told Reuters.

Stoltenberg, a former U.N. special envoy on climate change, began pushing for a NATO climate agreement after Biden replaced Trump, diplomats said. Allies have yet to decide how much climate-related investment to fund jointly at NATO.

Because military assets take decades to develop and have a longer life than civilian vehicles, one of NATO's biggest contributions in the medium term, experts say, will be in increased use of synthetic fuels instead of fossil fuels.

Produced from water, carbon dioxide and renewable energy, synthetic fuels do not produce sulfur or nitrogen pollution and still have a high energy density. NATO's standard fuel to power planes or ships is kerosene, one of the more polluting fuels.

The German military, the Bundeswehr, may start adding synthetic fuel to traditional fuel in several years.

Electric tanks, however, are not an option.

"It will prove difficult to install charging stations on the battlefield in time before the fighting starts," said a German defense source who declined to be named.