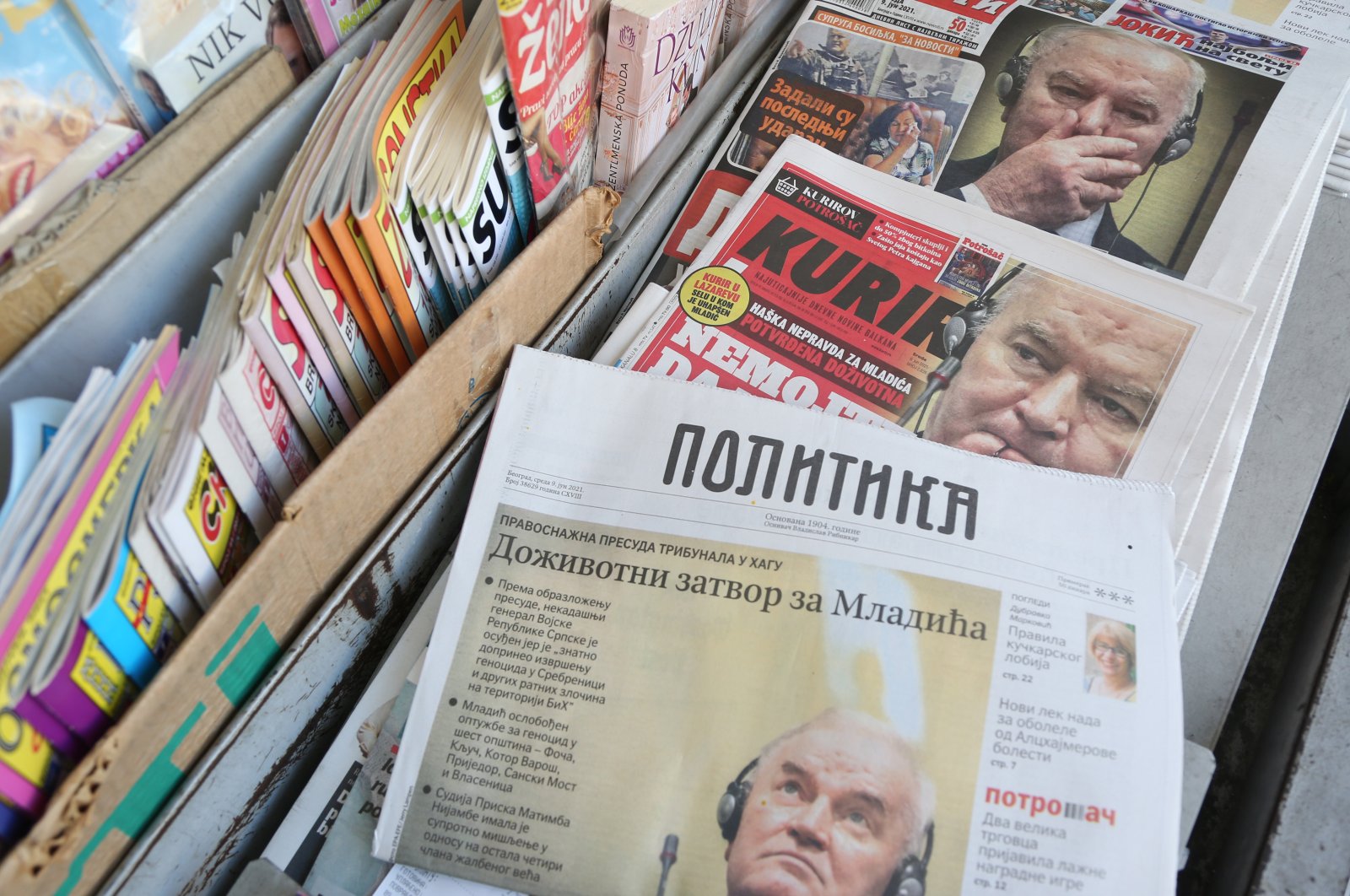 Mladic, also known as the "Butcher of Bosnia," had unsuccessfully appealed his 2017 conviction at a U.N. court in The Hague. The 78-year-old led forces who committed the massacre of Bosnian Muslims, also known as Bosniaks, during the 1990s Bosnian War. He was also found to have had "significant responsibility" for the genocide of over 8,000 Muslim men and boys committed in the town of Srebrenica in 1995.

The "Butcher of Bosnia" is believed to be an inspirational figure for the Australian man who shot dead dozens of Muslim worshippers in New Zealand's Christchurch in 2019, as well as Anders Breivik, the Norwegian white supremacist who shot dead 77 people in Norway in 2011.

NATO Secretary-General Jens Stoltenberg welcomed the decision, saying: "It is right that he is being held accountable for his outrageous crimes against civilians, including the murder of thousands of Bosnian men and boys in Srebrenica in 1995." Stoltenberg added that the alliance helped to end two ethnic wars in the Western Balkans in the 1990s, according to the statement released on NATO's website.

European Council President Charles Michel said that the final ruling for Mladic's case is another important step to provide justice to the victims.

"It will help us all put the painful past behind us and to put the future first," said Michel. A statement by the office of EU foreign policy chief Josep Borrell welcomed the verdict as an opportunity for leaders in Bosnia-Herzegovina and the region to support an environment of reconciliation to leave the legacy of war behind and build a lasting peace.

"Domestic and international courts in Bosnia and Herzegovina and neighboring countries should continue their mission of ensuring justice for victims of war crimes, crimes against humanity and genocide and their families. Crime should not go unpunished," the statement said.

The Turkish Foreign Ministry also issued a statement, hailing the court's decision. The statement from the ministry said Turkey wished the ruling would serve the peace and reconciliation in Bosnia-Herzegovina and the region and contribute to the prevention of such crimes in the future.

German Foreign Minister Heiko Maas said he was relieved by the decision and it was good that the law prevailed against injustice.

"I was relieved by the final decision of the International Criminal Court against Radko Mladic, who was responsible for the Srebenica genocide," said Maas, adding that he hopes the decision will provide some consolation to the victims and those who have lost loved ones.

Sefik Dzaferovic, the Bosniak member of the Presidency of Bosnia-Herzegovina, urged everyone to respect the international court decision.

"I urge those who still dream of war to wake up from these dreams and accept the truth," said Dzaferovic. He called for the war criminals from that conflict to be extradited to Bosnia-Herzegovina.

Bakir Izetbegovic, the head of the Bosnian Party of Democratic Action, also welcomed the upholding of Mladic's sentence. The decision in question will contribute to help end the burden on the Serbian people, those who reward war crimes and deny crimes, Izetbegovic said.

Bosnia-Herzegovina Foreign Minister Bisera Turkovic said Mladic's life sentence has immeasurable significance for the future of both the country and the entire region because only truth and justice can build lasting peace and stability.

"Although it did not cover all crimes and genocide in all municipalities where it was committed, for the first time in history, genocide against Bosniaks was investigated, established and convicted by an international tribunal. It will forever be remembered and recognized as a warning to the world and generations to come," said Turkovic.

At odds with the views of most observers, Milorad Dodik, chairperson of the Presidency of Bosnia-Herzegovina, claimed that Mladic is a "hero” and "patriot” who organized and led the Army of Republika Srpska and prevented genocide against the Serbian people in Bosnia and Croatia. Dodik added that the verdict against Mladic was not a verdict for the Serbian people.

For the people who lost their relatives in the war, the verdict's upholding was a moment of triumph mixed with sorrow. They welcomed the decision with tears of joy.

Nura Mustafic, who lost three sons and her husband in the genocide in Srebrenica, said the ones she loves the most are no longer alive because of Mladic. "Let it be known that a genocide took place in Srebrenica. Look what one man did. He killed my husband, my sons, and my entire next generation,” said Mustafic. Another mother from Srebrenica, Mejra Djogaz, said, "Although Mladic is in good spirits even in prison, our children don't even have a grave."