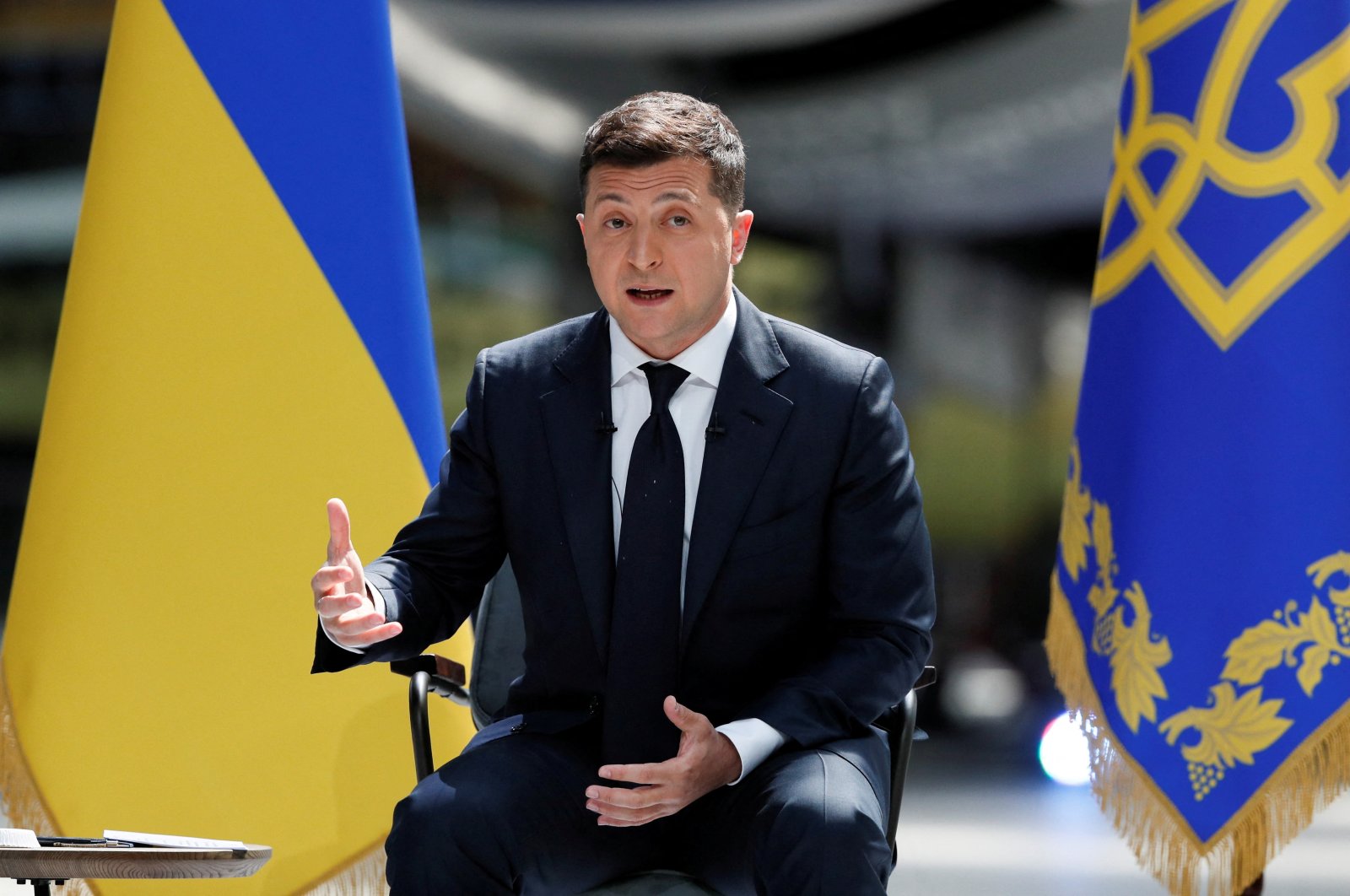 Ukraine is ready to take the necessary decisions to end the war in its eastern Donbass region at a new summit to be attended by the leaders of Ukraine, Russia, France and Germany, Ukrainian President Volodymyr Zelenskyy said Tuesday.

"It is time to agree on an end to the conflict, and we are ready for the necessary decisions during a new summit of the leaders of the four countries," Zelenskyy said in a statement, following a meeting with European diplomats.

In the same statement, Zelenskyy's chief of staff Andriy Yermak said Ukraine wanted to agree on measures such as implementing a cease-fire and more prisoner swaps.

Washington and Kyiv say tens of thousands of Russian troops have moved within striking distance of Ukraine and could be preparing a new military offensive. Officials from the United States and Russia met for talks in Geneva on Monday, but it saw "no significant reason for optimism," the Kremlin said on Tuesday.

The talks aimed at defusing tensions over Ukraine took place in Geneva on Monday and offered no sign of immediate progress. Moscow went in insisting on guarantees to halt NATO's eastward expansion and even roll back the military alliance's deployments in Eastern Europe – demands that Washington had earlier firmly rejected as a nonstarter.

Kremlin spokesperson Dmitry Peskov said Tuesday the manner in which the talks were held – "open, comprehensive and direct" – "deserves a positive assessment," but it's the result that matters.

"So far, let's say, we see no significant reason for optimism," Peskov told a conference call with reporters. "There are still several rounds (of talks) ahead of us, which will allow us to work out a clearer understanding, a clearer picture of where we stand with the Americans. For now, it's impossible to draw any conclusions, unfortunately," the spokesperson added.

Last month, Moscow submitted draft security documents demanding that NATO deny membership to Ukraine and other former Soviet countries and roll back the alliance's military deployments in Central and Eastern Europe. Washington and its allies have refused to provide such pledges, but said they are ready for the talks.

The demands, contained in a proposed Russia-U.S. security treaty and a security agreement between Moscow and NATO, were drafted amid soaring tensions over a Russian troop buildup near Ukraine that has stoked fears of a possible invasion. Russia has denied it has plans to attack its neighbor but pressed for legal guarantees that would rule out NATO expansion and weapons deployment there.

Ukrainian Foreign Minister Dmytro Kuleba said Tuesday that Russia had no say over whether Ukraine could join NATO.

"Russia has no voting right on the issue of Ukraine's NATO membership. This is a 'red line' that neither Ukraine nor our partners will cross," Kuleba told news site RBK Ukraine. "The collective West will not agree to provide Russia with 'legal guarantees' on the alliance's eastward non-enlargement, as this would be its strategic defeat," the minister added.

After the Russia-U.S. meeting in Geneva on Monday, Moscow and NATO representatives are expected to meet later this week. Russia is also meeting the Organization for Security and Co-operation (OSCE) in Europe, including the U.S.