Europe's row with AstraZeneca escalates as virus strain grips US 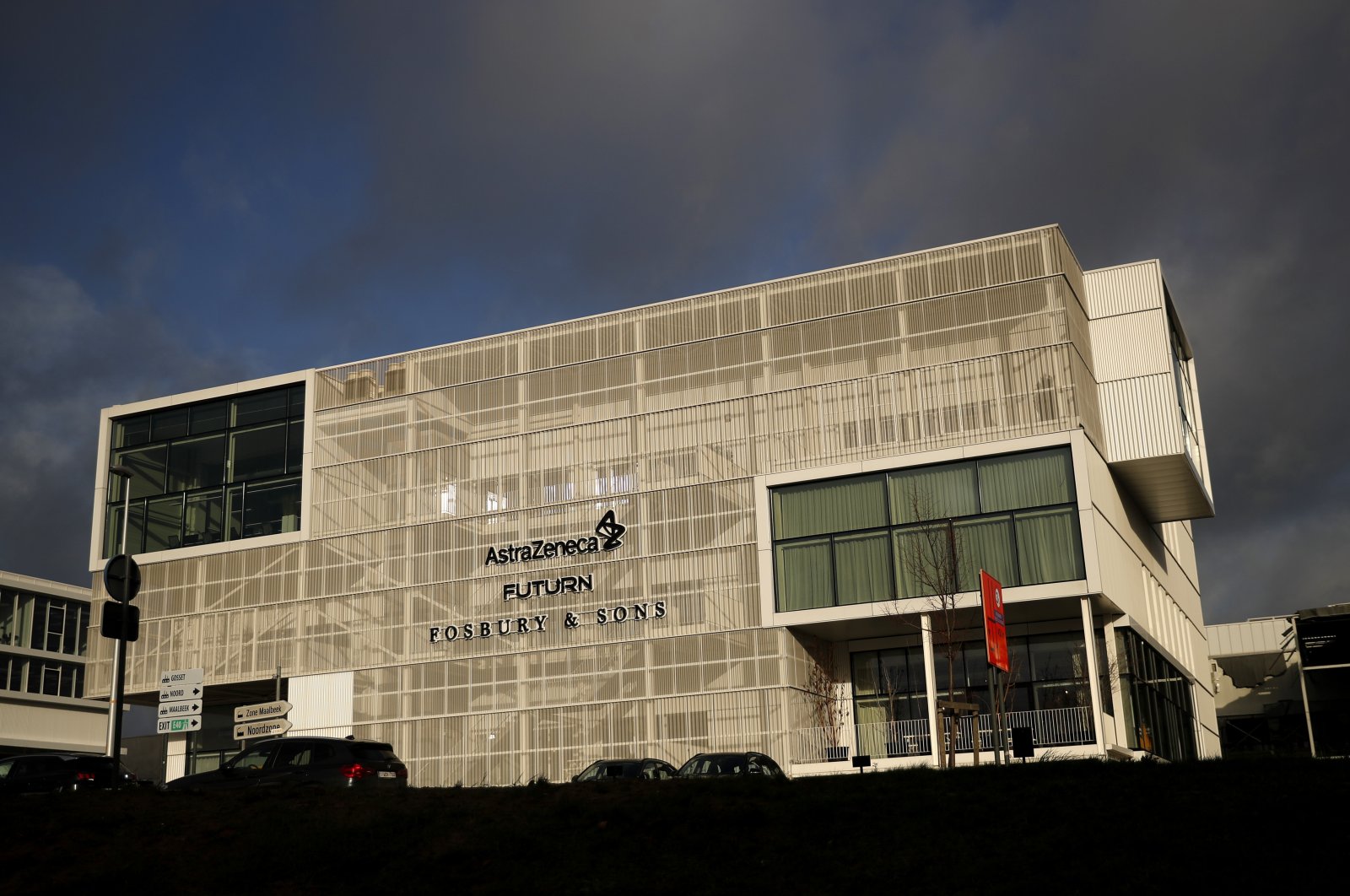 The EU is sticking to its stance on the supply of the COVID-19 vaccine from AstraZeneca, pressuring the Anglo-Swedish company to deliver the doses as promised in its contract, while a more transmissible virus strain has been detected for the first time in the U.S.

Europe's squabble with Anglo-Swedish firm AstraZeneca has escalated after Germany refused to recommend the company's coronavirus vaccine for seniors, while a more contagious South African variant of the virus was first spotted in an already heavily affected United States.

With anti-virus restrictions being tightened worldwide again, the economic toll came into focus with the United States seeing its sharpest contraction in growth since 1946. United Nations data released Thursday also said the global tourism sector, battered by border closures and bans on mass gatherings, lost $1.3 trillion in revenue in 2020.

Given the world's weariness over the pandemic that has now killed some 2.2 million people and infected more than 100 million, countries have been anxious to expedite vaccination campaigns.

There was encouraging news from U.S. biotech firm Novavax, which said its two-shot vaccine showed an overall efficacy of 89.3% in a major phase 3 clinical trial in Britain and remained highly effective against a variant first identified there. But other results showed it offered significantly less protection against a highly transmissible virus variant first identified in South Africa, which is spreading rapidly around the world.

The European Union's inoculation efforts were hit by an announcement from AstraZeneca last week that it could only supply a quarter of the doses it had promised for the first quarter of 2021, citing production problems at a Belgian factory. The EU has demanded the drug maker meets its commitments by supplying doses from its U.K. factories, but Britain insists it must receive all of the vaccines it ordered. EU officials said that meant a 60% cut to 31 million doses in the period to the end of March, a major blow for its 27-member countries who are already lagging vaccination campaigns in Israel, Britain and the United States.

On Friday, European Commission head Ursula von der Leyen reiterated that AstraZeneca had binding obligations and could not make commitments with other buyers that would trump the EU's deal, as Reuters reported. Britain has a contract with AstraZeneca for 100 million doses that was signed before the EU deal for at least 300 million shots.

The EU official directly involved in the talks said AstraZeneca offered earlier this week to increase deliveries to possibly 39 million doses in the first quarter, but that was deemed inadequate. The size of AstraZeneca's offer has not previously been reported.

Under a contract agreed on in August, the company should have supplied at least 80 million doses to the EU in that period, the official said, and possibly even 120 million "depending on how you read the contract."

A second EU official said in a media briefing on Wednesday that the company had proposed to supply a quarter of the agreed volume of doses through March, which in the contract amounted to a "three-digit" figure – consistent with nearly 40 million out of a total of 120 million mentioned by the first source. AstraZeneca's chief executive Pascal Soriot told reporters Tuesday the company had no legal requirement to deliver to the EU on a precise timetable because it had only committed to supplying vaccines under a "best-effort" clause. At a meeting with EU officials on Wednesday, Soriot repeated this and made no new offer of extra doses from the 39 million pledged earlier in the week, the first EU official said.

Adding to the row on Thursday was an announcement from Germany's vaccine commission that it could not recommend AstraZeneca's vaccine for those over 65 since there was not enough data to assess its efficacy. AstraZeneca and British Prime Minister Boris Johnson immediately defended the vaccine, which has already been widely used in Britain on older people.

The European Medicines Agency (EMA) is expected on Friday to announce whether to recommend authorization of AstraZeneca's shot. The regulator has already approved vaccines produced by Pfizer-BioNTech and Moderna vaccines.

The Anglo-Swedish firm offered 8 million more doses of its COVID-19 vaccine to the European Union Friday in a bid to defuse a row over supplies, but the bloc said that was too far short of what was originally promised, an EU official told Reuters.

While the EU actively sought to get hard-to-reach vaccines, the new more contagious strain of coronavirus was gripping the United States. The pandemic has killed more than 432,000 in America, by far the highest absolute toll, and more troubling news came Thursday when authorities announced they had found two people in South Carolina infected with the strain first detected in South Africa. Scientists are worried about this mutation because it seems able to elude some of the effects of current vaccines and synthetic antibody treatments, though Moderna and Pfizer said their shots still work against the variant.

A more contagious form of the virus could nonetheless mean more people get sick, a portion of whom could end up hospitalized or in the most severe cases dead. In the Americas overall, 14 countries have reported at least one of the three coronavirus variants – first detected in Britain, South Africa and Brazil – the Pan American Health Organization said Thursday.

The economic pain over the last year in the U.S. was clear in data out Thursday that showed the world's largest economy shrunk by 3.5% in 2020. The figures underscored the scale of the job awaiting President Joe Biden, who took office just over a week ago promising to get the country back on track with a $1.9 trillion spending proposal. At the same time, a long-delayed effort to probe the virus's origins creaked forward for a World Health Organization (WHO) team of experts in Wuhan, China.

The coronavirus has continued to hammer countries despite the onset of mass vaccination programs that have seen more than 82 million doses injected, according to an Agence France-Presse (AFP) count compiled from national figures.

Pfizer has also faced EU criticism for delays in deliveries but has now revised its production target for this year up from 1.3 billion doses to 2 billion. Australia's Health Minister Greg Hunt said the country's foreign ministry would be making "representations" to the EU on suggestions there may be restrictions on vaccine exports. Those representations would be about "ensuring that our supply is guaranteed on a continuous basis," he said.

Meanwhile, Indian Prime Minister Narendra Modi said his country will supply more locally produced vaccines to other countries. India – home to the world's largest vaccine manufacturer, the Serum Institute – has embarked on a form of vaccine diplomacy, gifting millions of doses to its neighbors.

With concerns deepening over rich nations hogging vaccine supplies, the WHO said Thursday that Africa can expect to see at least 30% of its population immunized by the end of this year.