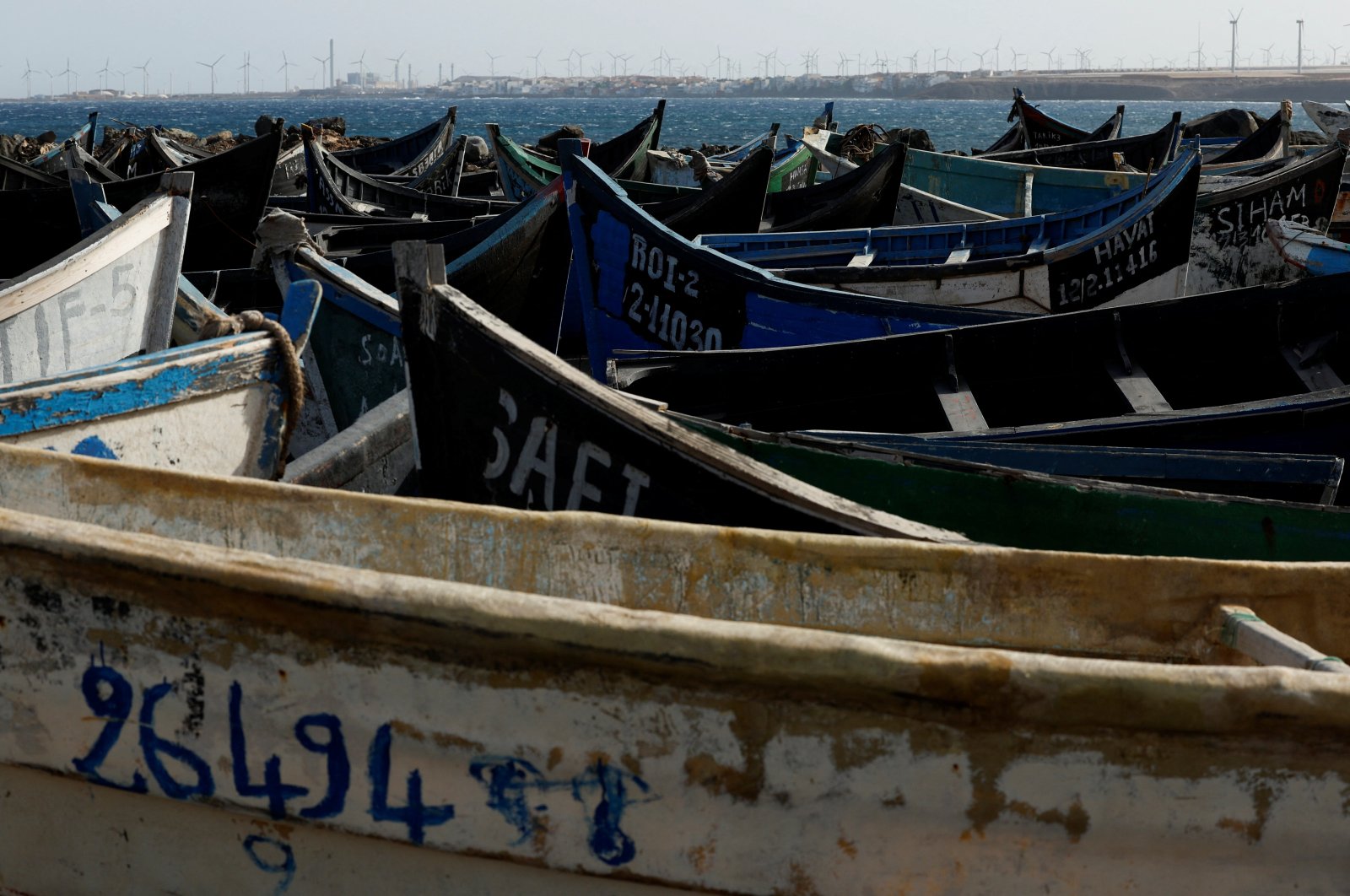 Dozens of wooden boats used by migrants to reach the Canary Islands are seen at the Port of Arinaga, the island of Gran Canaria, Spain, June 7, 2022. (Reuters Photo)
by Daily Sabah with AP Jun 28, 2022 9:31 am
RECOMMENDED

Every year thousands of migrants make perilous journeys from their homes to more developed countries, many with the hope of reaching better living conditions or job opportunities.

However, these journeys often end sadly as many of the migrants are pushed back, drown or starved to death along the way.

Here is a global look at trafficked migrants' deaths caused by suffocation:

June 27, 2022: Forty-six suspected immigrants were found dead in a sweltering trailer on a remote back road in southwestern San Antonio.

Oct. 23, 2019: Thirty-nine Vietnamese migrants were found dead in a truck trailer in Essex, England. Four men were jailed for manslaughter.

July 23, 2017: Eight immigrants were found dead in a sweltering trailer at a San Antonio Walmart parking lot. Two others died later in hospitals. The driver was sentenced to life in prison.

Feb. 20, 2017: Thirteen African migrants suffocated inside a shipping container while being transported between two towns in Libya. A total of 69 migrants, most from Mali, were packed into the container, according to the local Red Crescent branch.

Aug. 27, 2015: Austrian police discovered an abandoned truck containing the bodies of 71 migrants, including eight children, from Iraq, Syria and Afghanistan. The truck, found along a highway, had crossed into Austria from Hungary.

April 4, 2009: Thirty-five Afghan migrants suffocated inside a shipping container in southwestern Pakistan. Authorities said that more than 100 people were packed inside the container.

April 9, 2008: Fifty-four Burmese migrants suffocated in the back of an airtight refrigerated truck in Ranong, Thailand.

May 14, 2003: Nineteen migrants died inside a sweltering tractor-trailer while they traveled from South Texas to Houston.

June 18, 2000: Fifty-eight Chinese immigrants were found dead inside a truck in the English port town of Dover. The Dutch truck had transported the immigrants across the English Channel from Belgium. Two people survived.

Migrant shipwrecks are not uncommon in the waters surrounding Europe's southern borders. This year alone, United Nations officials estimate that 1,600 people have died or gone missing in the Mediterranean Sea, the main gateway to Europe for migrants trying to enter the continent with the help of human smugglers. Immigrants also continue to endanger their lives in fatal journeys to Greece via the Aegean Sea on dinghies from Turkish shores.

2021 has been a particularly deadly year for migrants trying to reach Europe, via either the Atlantic or the Mediterranean, according to the International Organization for Migration's Missing Migrants Project (MMP).

Most recently, at least 23 Africans died during an attempt by hundreds of sub-Saharan African migrants to break through a border fence between Morocco and a Spanish exclave last week.