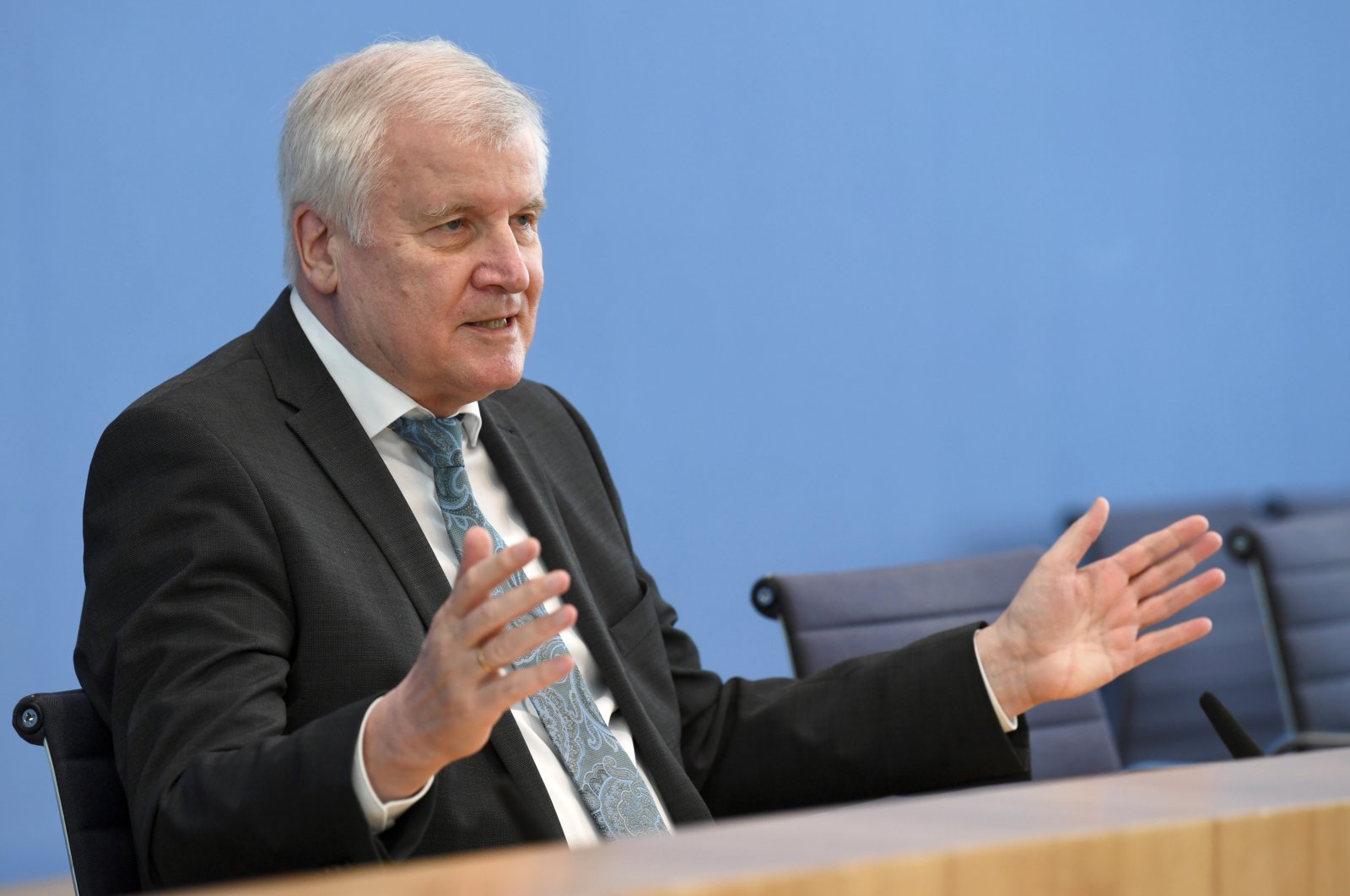 A man suspected of sending hate messages to public figures, including a Turkish German lawyer who represented victims of far-right crimes, using the acronym of a neo-Nazi gang held responsible for murdering 10 people, was arrested by German police Tuesday.

The 53-year-old suspect, previously sentenced for other unspecified offenses motivated by far-right ideology, was arrested during a search of his apartment in Berlin, the prosecutor general in the western city of Frankfurt said.

He is accused of sending threats and hate mail over a three-year period to left-leaning national and regional politicians as well as to a Turkish German lawyer who represented victims of far-right crimes.

The suspect signed his letters with the acronym "NSU 2.0," prosecutors said, a reference to the National Socialist Underground (NSU) group blamed for the killings of eight Turks, a Greek and a German police officer between 2000 and 2007. The main surviving member of the gang was sentenced to life imprisonment in 2018.

Seda Başay Yıldız, one of the Turkish lawyers representing a victim in a trial against the NSU neo-Nazi gang, said earlier this year she was receiving threatening letters from the group with the signature "NSU 2.0."

Speaking to Germany's Frankfurter Allgemeine Zeitung, Yildiz had said that she is still receiving letters with death threats and criticized German authorities for not paying attention to the case. Yıldız underlined that her family is consistently being openly threatened and yet, still, the interior minister of the Hessen state, Peter Beuth, refuses to take any responsibility to address the issue.

She also said that she was preparing to take legal action against the German state of Hesse because the authorities refuse to take responsibility and ensure her safety as she and her family continue to receive death threats from neo-Nazis with ties to extremists within the ranks of police departments.

German authorities are becoming increasingly concerned over the growing right-wing terrorism in the country. Lately, far-right groups have drawn up several so-called "enemy lists" containing names and addresses of more than 25,000 people, a parliamentary inquiry revealed in July 2019. The interior ministry said the lists were found in various police investigations and operations against far-right groups in the last seven years.

Since 2016, Germany has conducted an increasing number of nationwide raids targeting right-wing groups, including houses, apartments and other properties believed to be owned by members of such groups, targeting the so-called "Reich citizens' movement," known as the Reichsbürgers.

The NSU killed eight Turkish immigrants, one Greek citizen and a German police officer between 2000 and 2007, but the murders have long remained unresolved. Recent investigations have revealed severe failures of intelligence and the failure of police units in the eastern state of Thuringia to disrupt the group. The NSU is believed to have been founded by three far-right extremists, Uwe Mundlos, Uwe Bohnhardt and Beate Zschaepe, who lived in Thuringia in the early 1990s.

Yıldız was the lawyer for Enver Şimşek's family. Şimşek was murdered in 2000 by the group.

German Interior Minister Horst Seehofer held a news conference Tuesday about politically motivated crime in Germany, where authorities have stepped up efforts to combat far-right extremism since a pro-immigration politician was shot and killed and a synagogue was attacked by a gunman in 2019.