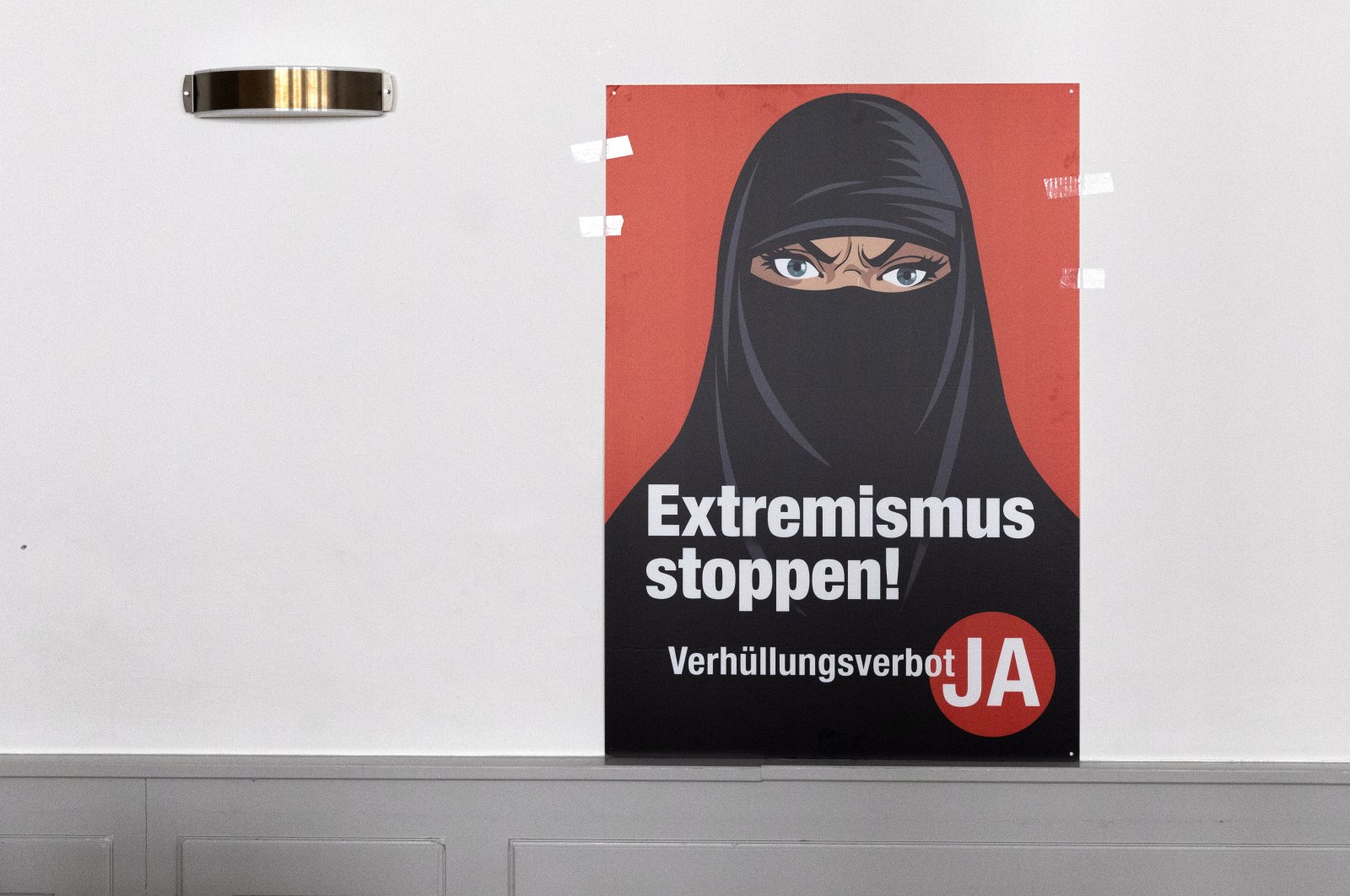 A poster that says "Stop Extremism" hangs on a wall at the meeting place of the supporters of the burqa ban initiative, in Bern, Switzerland, March 7, 2021. (EPA Photo)
by Anadolu Agency Mar 13, 2021 10:09 pm
RECOMMENDED

The human rights board of the Organization of Islamic Cooperation (OIC) on Saturday strongly condemned last Sunday's referendum in Switzerland passing a ban on facial coverings.

It added: "Such Islamophobic measures are counterproductive for societal cohesion."

It further urged the Swiss government to accord precedence to its obligations under international human rights law and reject the ban.

In the controversial March 7 referendum, the Swiss voted narrowly in favor of banning face coverings in public, including the burqa or niqab worn by Muslim women.

The "burqa ban," launched in 2016 by a right-leaning initiative committee, was accepted by 51.2% of those who cast ballots, with a voter turnout of 51.4%.

Sunday's referendum was put forward by a group associated with the right-wing Swiss People's Party, which campaigned with slogans such as "Stop extremism" and in some areas with posters of Muslim women in veils.