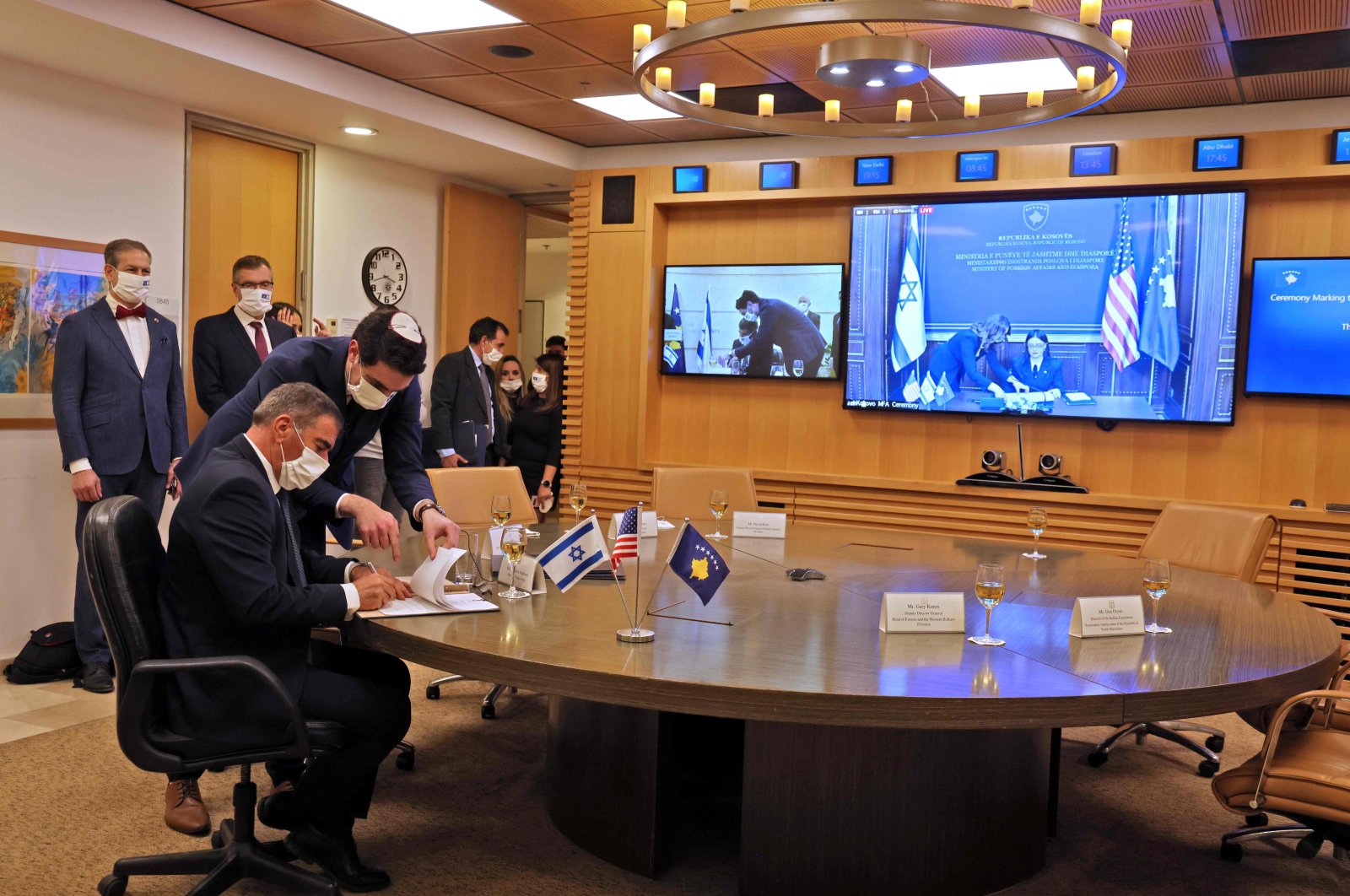 Tel Aviv and Pristina inked an agreement on Monday, establishing diplomatic ties between the two countries, with the Muslim-majority state recognizing Jerusalem as the Jewish state's capital.

In a ceremony held over Zoom in Jerusalem and Pristina, Israeli Foreign Minister Gabi Ashkenazi and his counterpart from Kosovo Meliza Haradinaj Stublla signed a joint declaration establishing ties.

Ashkenazi said he had approved Kosovo's "formal request to open an embassy in Jerusalem."

Those agreements, known collectively as the Abraham Accords, triggered criticism in many majority-Muslim countries.

But the Arab parties to the Abraham Accords have all maintained that their diplomatic missions in Israel will be in Tel Aviv.

That position is in line with global consensus against recognizing Jerusalem as Israel's capital until the Palestinian conflict is resolved.

In September, Trump announced at a summit originally organized to strike a deal between Kosovo and its former war foe Serbia that Kosovo and the Jewish state would establish diplomatic ties.

But the most eye-catching part of the summit was an announcement by Kosovo that it would mutually recognize Israel, and Serbia saying it would follow Washington's lead in moving its embassy to Jerusalem.

So far, however, Serbia has failed to honor its pledge, with some officials claiming the deal was non-binding.

Kosovo also said it was ready to set up its Israel mission in Jerusalem, in exchange for Israel's recognition, as it seeks to further legitimise its 2008 declaration of independence from Serbia and statehood.