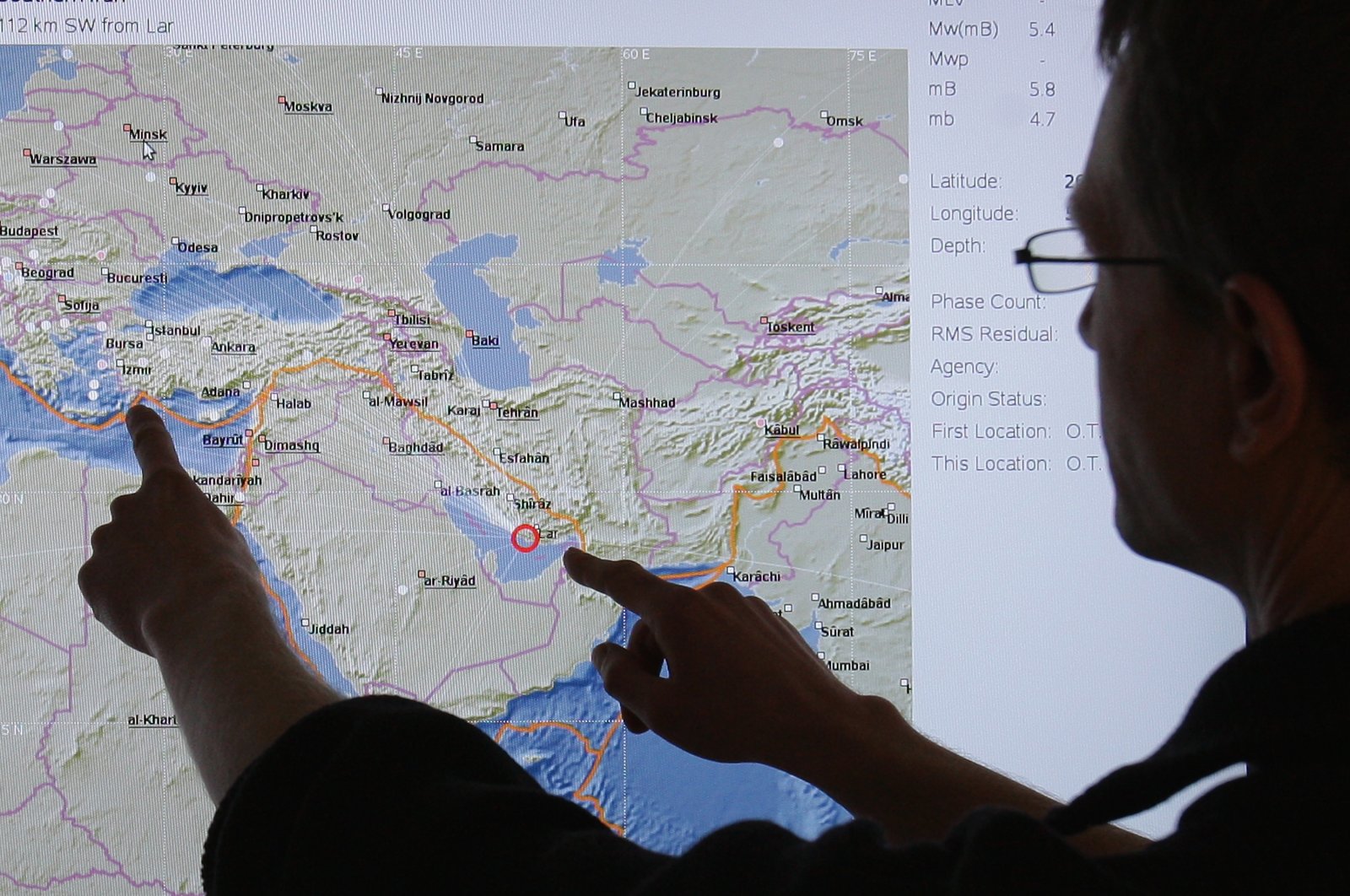 Helmholtz Centre Potsdam shows on a screen an earthquake alert in the region of Iran, from their own developed GEOFON software in Potsdam, Germany, Jan. 13, 2010. (Getty Images)
by ASSOCIATED PRESS Nov 14, 2021 3:27 pm
RECOMMENDED

State TV quoted Azizollah Konari, the Bandar Abbas governor, as saying a 22-year-old man died when an electric pole fell on his head as a result of the earthquake.

Iran’s Seismological Center said that the quakes struck Qeshm island in the Strait of Hormuz in midafternoon, about 1000 kilometers (640 miles) south of the Iranian capital of Tehran. It said the magnitudes were 6.4 and 6.3 and the heaviest temblor struck at a depth of 18 kilometers (about 11 miles).

The epicenter is located some 60 kilometers (some 36 miles) southwest of Bandar Abas port in Hormozgan province.

There was no immediate report of damages. The USGS report set the earthquakes at magnitudes of 6 and 6.3.

State TV said the quake was felt in Kerman and Fars provinces, both located in the north of Hormozgan province.

The report said assessment teams had deployed to analyze the situation.

Iranian social media carried photos of damage from the quakes, including one of a wall that had collapsed on a car.

Iran lies on major seismic faults and experiences one earthquake a day on average. In 2003, a magnitude 6.6 earthquake flattened the historic city of Bam, killing 26,000 people. A magnitude 7 earthquake that struck western Iran in 2017 killed more than 600 people and injured more than 9,000.