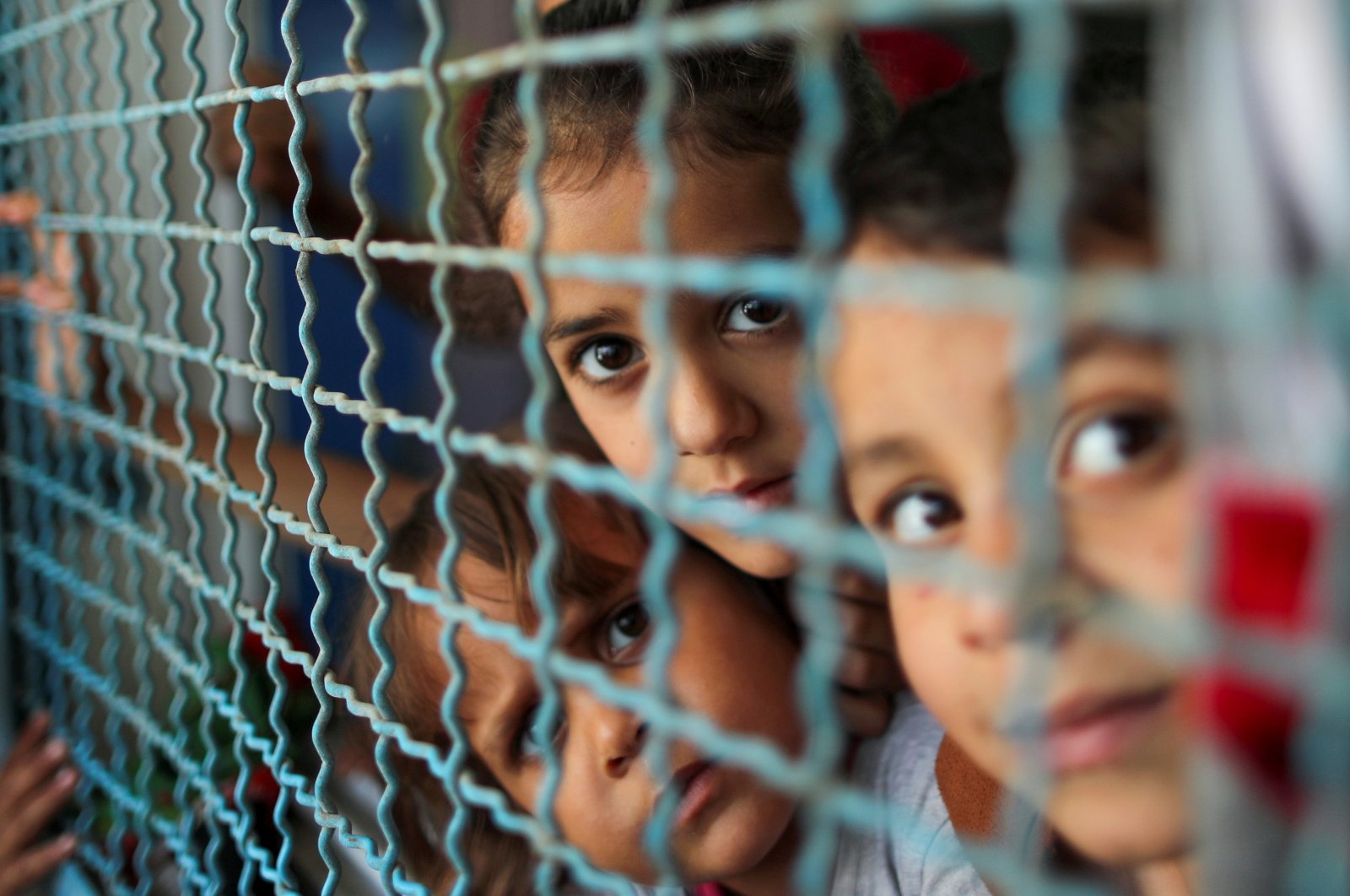 Palestinian children, who fled their homes due to Israeli air and artillery strikes, look through a window fence at a United Nations-run school where they take refuge, in Gaza City, Palestine, May 18, 2021. (Reuters Photo)
by DAILY SABAH May 18, 2021 8:08 pm
RECOMMENDED

The children, who were killed over the last week, were aged between 5 and 15 years old.

"We are devastated to learn that 11 children we were helping with trauma were bombarded while they were at home and thought they were safe," the NRC's Secretary-General Jan Egeland said. "They are now gone, killed with their families, buried with their dreams and the nightmares that haunted them. We call on Israel to stop this madness: children must be protected. Their homes must not be targets. Schools must not be targets. Spare these children and their families. Stop bombing them now."

The NRC said it was assisting 118 schools in the Gaza Strip, which has been under a brutal Israeli-imposed blockade for more than a decade. The organization's Better Learning Programme is helping 75,000 Palestinian students through psycho-social intervention.

Egeland called for an immediate cease-fire to be implemented and spare civilian lives.

"But the truth is that there can be no peace or security as long as there are systemic injustices. The siege of Gaza needs to be lifted and the occupation of Palestinians must end if we are to avoid more trauma and death among children and new cycles of destruction every few years," he added.

More than 200 people, including over 60 children, have been killed by the strikes, which often target civilians. The United Nations said some 52,000 Palestinians have been displaced due to the Israeli aggression in Gaza.

The airstrikes on Gaza were preceded by days of tension and Israeli hostility in occupied East Jerusalem, where hundreds of Palestinians were assaulted by Israeli forces at Al-Aqsa Mosque and in the Sheikh Jarrah neighborhood.