300 Israeli security officials call for US Embassy in East Jerusalem 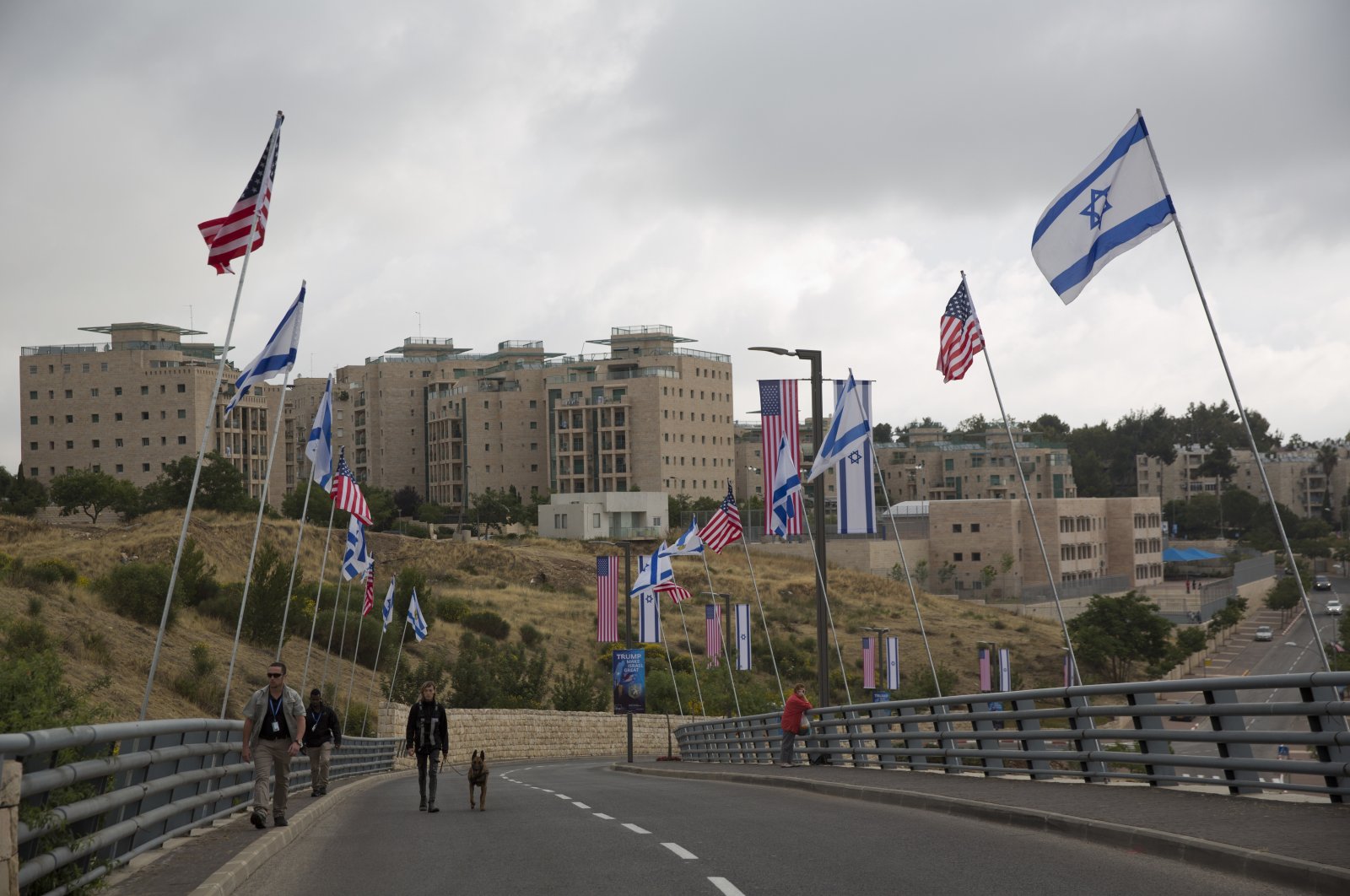 Security officers walk on a road leading to the U.S. Embassy compound ahead of the official opening in West Jerusalem, Israel, May 13, 2018. (AP Photo)
by Daily Sabah Nov 16, 2021 12:29 pm
RECOMMENDED

More than 300 former generals and military officials from the Commanders for Israel's Security (CIS) have expressed support for the reopening of the United States Consulate in East Jerusalem that will serve Palestinians and said the matter was in Israel's national security interest.

The move sought to urge Israeli authorities in Tel Aviv to maintain good relationships with Washington by not becoming the main obstacle in U.S.' desire to restore the main diplomatic mission for the Palestinians in the contested city.

"The government should weigh carefully the effect of opposing the American move at a time when our leaders are united in the wish to improve relations with the Democratic Party in the service of our vital national security interest of restoring the bipartisan support we enjoyed until not too long ago," said a nonpartisan organization of former officials in a letter to Israeli parlaiment, known as the Knesset, and the Israeli Cabinet.

Before the closure two years ago, the U.S. Consulate was operating for 175 years and served Palestinians in East Jerusalem, the occupied West Bank and the blockaded Gaza Strip. It was closed under former U.S. President Donald Trump's pro-Israeli policy that led to a number of deals between Israel and Arab states in conflict with the Palestinian cause. President Joe Biden vowed to restore ties with the Palestinians, back a two-state solution and move forward with reopening the consulate.

The CIS said in a letter that the resistance to the reopening of the consulate in East Jerusalem will only cement the Palestinian Authority's (PA) power, which is an important matter for Israel. The group said Israel should maintain support for the PA and promote it.

"Against that backdrop, you will do well to consider the contribution of renewing consulate operations on our security – given its positive effect on the stability of the PA and its security coordination with our forces, and on the strategic objective of restoring bipartisan support for Israel in Washington," the letter read.

Earlier in November, some 200 Republican lawmakers called on Biden to halt plans for an East Jerusalem embassy, while several Democratic lawmakers paid a visit to Bennett in September and urged him to show support for the consulate's reopening, arguing that it had been "open for over 100 years" before Trump shut it down.

Democratic senators have endorsed the Biden administration's plan and called on officials in the White House to go ahead with it.