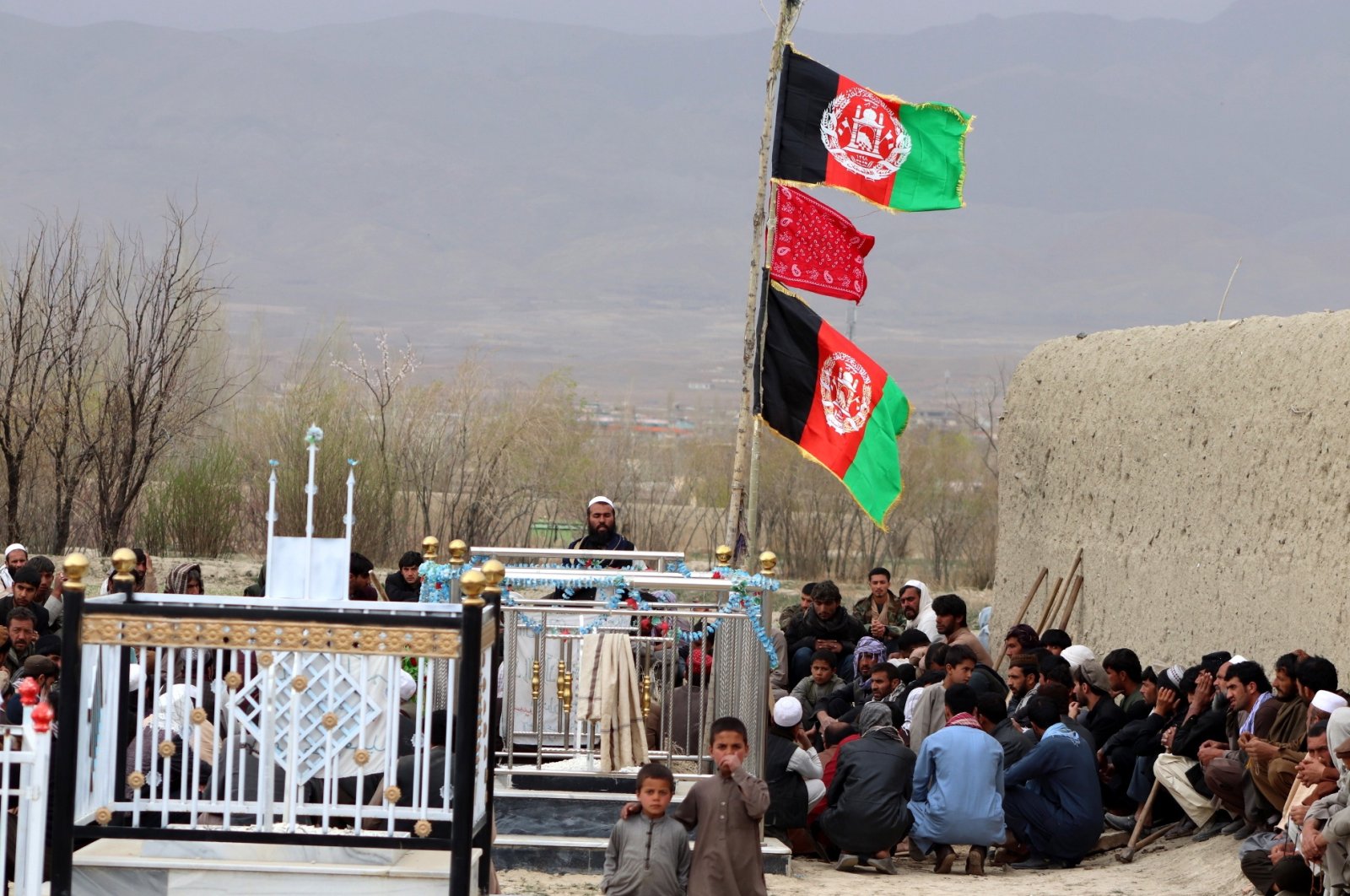 People attend the funeral of Afghan soldier Sherullah Gardezi, one of nine soldiers who died in a military helicopter crash in Maidan-Wardak province, in Paktia, Afghanistan, March 19, 2021. (EPA Photo)
by Reuters
Mar 19, 2021 11:22 pm

Afghan President Ashraf Ghani dismissed Interior Minister Masoud Andarabi, the national security council said in a statement on Friday, amid a spate of attacks against the country's security forces.

The current chief of army staff General Yasin Zia has been appointed acting defense minister until Asadullah Khalid recovers from an illness that has hospitalized him for months, the statement also said.

It did not give further details on Andarabi's dismissal but a senior security official said the former minister had failed to arrest a militia commander whose forces shot down a helicopter in central Wardak province on Thursday killing nine security force members, reported Reuters.

The senior official said Ghani had tasked Andarabi weeks ago with arresting the militia commander, who was also responsible for a number of other attacks against Afghan security forces in recent months.

Ghani told reporters on Thursday that the helicopter had been shot down and the perpetrators would be arrested and punished.

Andarabi did not respond to a text message seeking comment.

The government is also preparing for a renewed spring offensive by Taliban insurgents, which international players fear will further endanger the nation's fragile peace process.

Typically there is a lull in fighting during the snowy winter months before renewed attacks around March.

At a meeting in Moscow following an international conference on the peace process, the Afghan government and the Taliban agreed on Friday to try to accelerate peace talks.