US warns Houthis against attacks targeting civilians in Yemen 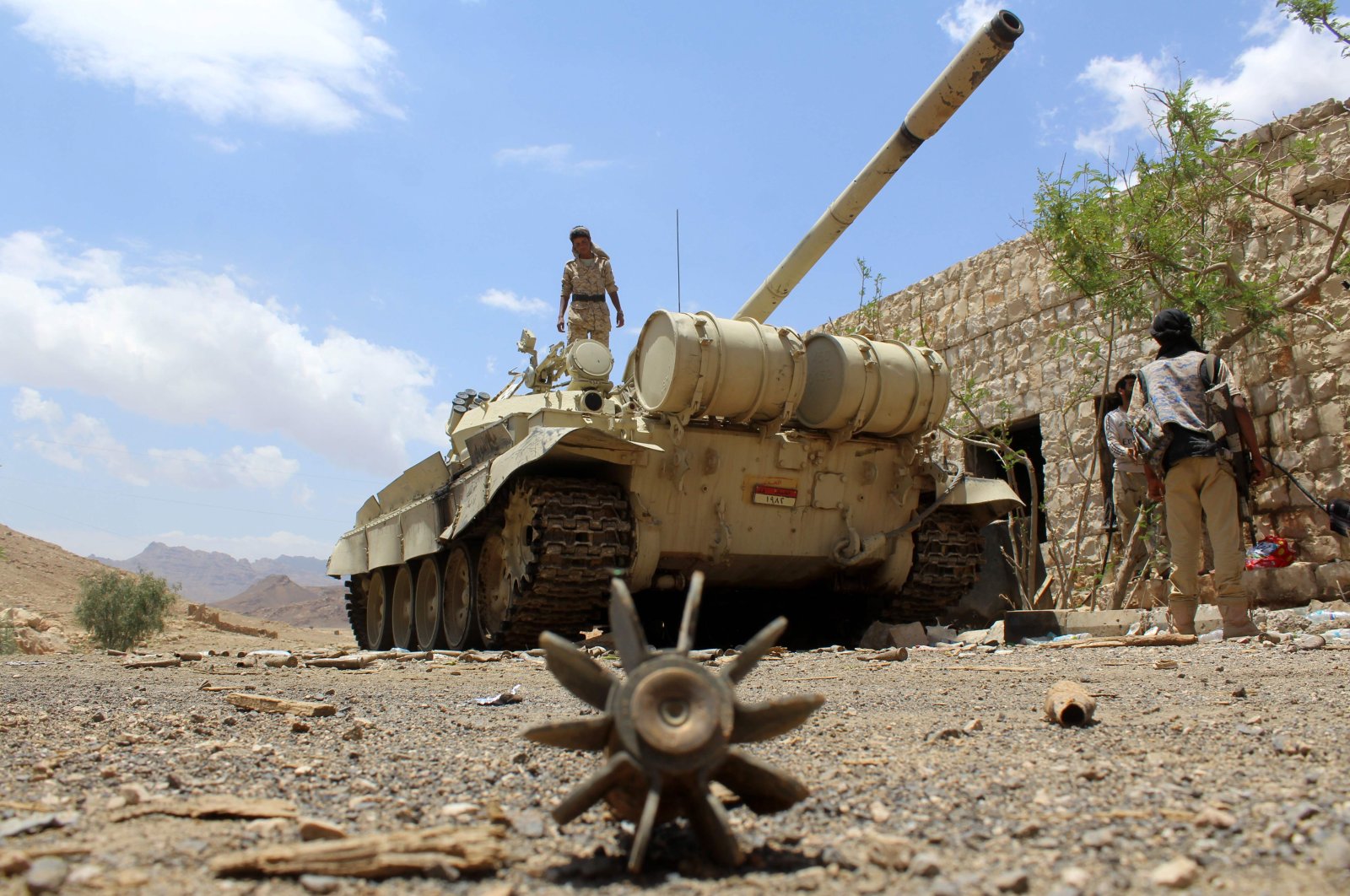 Yemeni pro-government forces, loyal to fugitive President Abedrabbo Mansour Hadi, gather at the military base of Nehm, in Sanaa province, east of the Yemeni capital, the frontline with the Marib region, Yemen, April 7, 2016. (AFP Photo)
by ASSOCIATED PRESS
Feb 08, 2021 10:55 am

The administration of U.S. President Joe Biden on Sunday warned Houthi rebels in Yemen against ongoing attacks against civilians just 48 hours after moving to strike the group from a terrorism blacklist.

The U.S. State Department called on the Iran-backed rebel group to immediately stop attacks on civilians and new military operations in Yemen.

The demand came only two days after the administration notified Congress that it would remove the Houthis from its list of "foreign terrorist organizations," a designation that comes with severe U.S. sanctions. It also came just three days after Biden ordered an end to U.S. support for the Saudi-led offensive military operations against the rebels.

"As the president is taking steps to end the war in Yemen and Saudi Arabia has endorsed a negotiated settlement, the United States is deeply troubled by continued Houthi attacks,” State Department spokesperson Ned Price said in a statement. "We call on the Houthis to immediately cease attacks impacting civilian areas inside Saudi Arabia and to halt any new military offensives inside Yemen, which only bring more suffering to the Yemeni people.”

Friday’s delisting had been hailed by relief agencies who had slammed the Trump administration for putting the Houthis on the list in its waning days in office. Critics said the designation would exacerbate what the U.N. calls the world’s worst humanitarian crisis by hindering aid shipments to a population on the brink of famine.

Earlier Sunday, the U.N. special envoy for Yemen arrived on his first visit to Iran for talks on the grinding war. Martin Griffiths was set to meet with Iranian Foreign Minister Javad Zarif and other officials during his two-day visit, his office said.

The sessions are part of a broader effort to negotiate a political solution to the nearly six-year conflict pitting the Houthis against Yemeni government forces supported by a Saudi-led military coalition. "We urge the Houthis to refrain from destabilizing actions and demonstrate their commitment to constructively engage in U.N. Special Envoy Griffiths’ efforts to achieve peace,” Price said in the statement. "The time is now to find an end to this conflict.”

Yemen’s war began in September 2014, when the Houthis seized the capital Sanaa and began a march south to try to seize the entire country. Saudi Arabia, along with the United Arab Emirates (UAE) and other countries, entered the war alongside Yemen’s internationally recognized government in March 2015.

The war has killed some 130,000 people, including over 13,000 civilians slain in targeted attacks, according to the Armed Conflict Location & Event Project (ACLED).