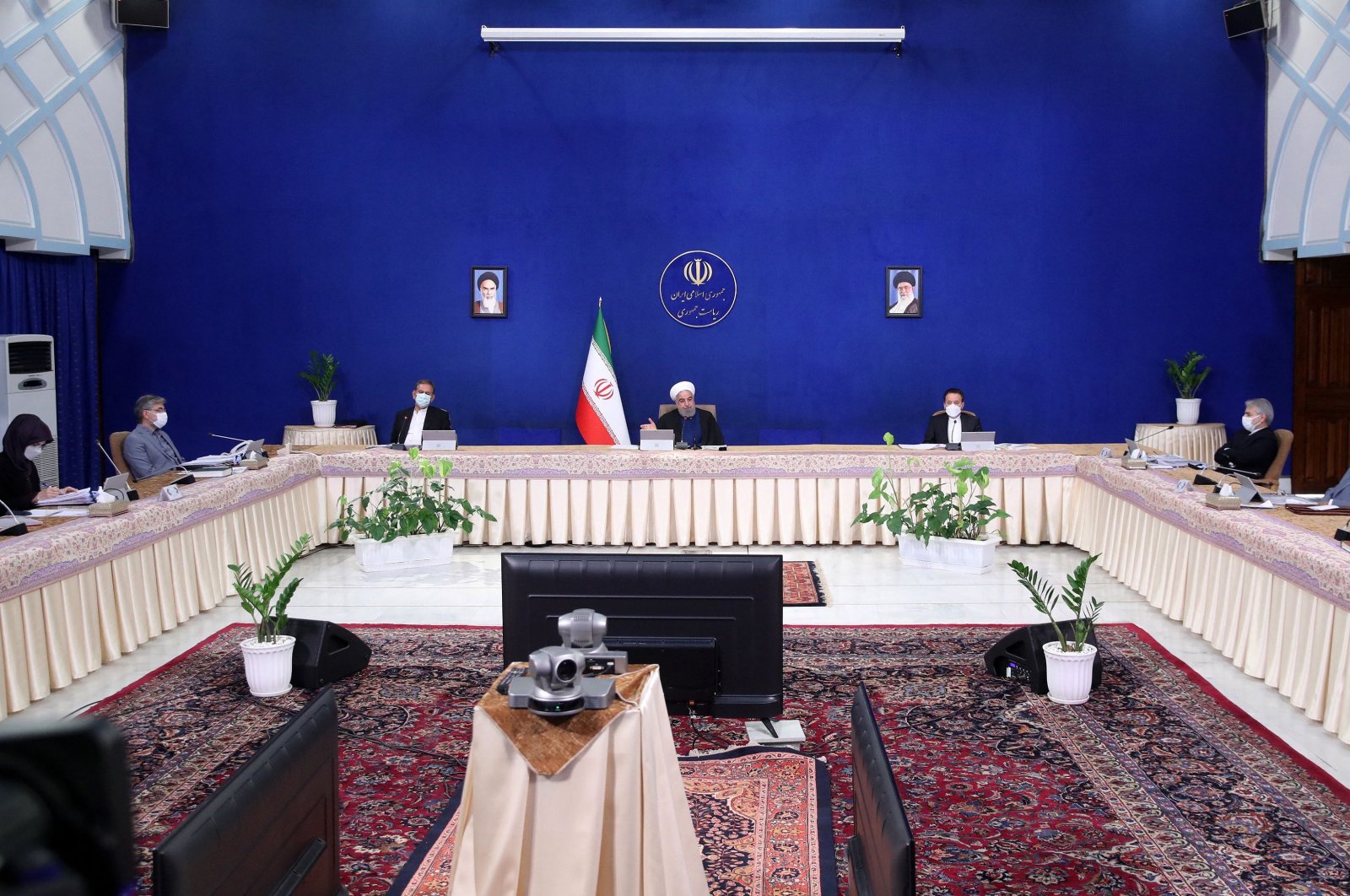 The leaked audio recording of Iranian Foreign Minister Mohammad Javad Zarif aimed to create "discord" in the Islamic republic during talks to revive the nuclear deal, Iran's President Hassan Rouhani said Wednesday, while Zarif, in his first public reaction, appeared to stick by the core argument he made in the recording.

"It was published right when the Vienna (talks) were at the height of their success, so that it creates discord inside" Iran, Rouhani told a meeting of his Cabinet in televised remarks.

The controversial comments by top diplomat Zarif, in which he said the military was too influential in diplomacy, were leaked as Iran and world powers are engaged in talks on reviving a 2015 nuclear accord.

The talks, in Vienna, seek to return the United States to the agreement -- which Washington abandoned under former president Donald Trump -- and persuade Tehran to comply with nuclear obligations it retreated from in retaliation.

"Stealing a document, a tape, it is something that has to be investigated," President Rouhani told a cabinet meeting in televised remarks.

"Why (was it leaked) at this time? In my opinion, this tape ... could have been published a week ago as well."

The 2015 accord was hammered out during Rouhani's first term following lengthy negotiations led by Zarif. The agreement promised Iran sanctions relief in exchange for limits on its nuclear programme.

But the deal started to unravel in 2018 when Trump pulled out of it and re-imposed sanctions, followed by Iran beginning to ramp up nuclear activities in response a year later.

Earlier in the day, Zarif also said that he favors a "smart adjustment" between the military and diplomatic spheres, in his first public reaction to leaked audio of him bemoaning the military's influence.

Zarif also said he regretted that the leak had triggered "domestic infighting," amid a furious reaction from conservative figures and media outlets.

"I was very sorry that a secret theoretical talk regarding the need for synergy between diplomacy and the (military) field ... turns into domestic infighting," Iran's top diplomat said on his Instagram account.

"Honest and passionate" argument in a private setting had been misconstrued as "personal criticism," he wrote.

But Zarif also appeared to stick by the core argument that he made in the leaked audio.

He said on Wednesday that the "main point" of his remarks in the audio – in which he says the military has too much influence on diplomacy – is emphasizing "the need for a smart adjustment of the relationship between" diplomacy and the military.

Zarif also said on Wednesday he saw a need for "setting priorities through legal structures and under the great purview of the supreme leader" Ayatollah Ali Khamenei.

Iran's President Rouhani has ordered a probe to identify who leaked the "stolen" three-hour recording.

His moderate government has sought to downplay the remarks, which were leaked ahead of the June elections and as Iran and world powers discuss ways to revive a 2015 nuclear accord.

Comments he made about Qassem Soleimani, the commander of the Revolutionary Guards' foreign operations arm, who was killed in a U.S. airstrike last year, especially hit a nerve, with Zarif specifically addressing that in his Instagram post.

"I have had the honor of deep friendship and cooperation with haj Qassem (Soleimani) for more than two decades," he wrote, noting that he has repeatedly reminded the world of Soleimani's "humanity, peacefulness and courage."

He also defended his track record by stressing that he has "always followed the country's internally agreed policies and strongly defended them."

"Safeguarding the country's interests and... (those of) the patient and valiant people of Iran is an oath I will stand by until the last moment," Zarif pledged.

"But I have considered appeasement and self-censorship in expert opinion to be a betrayal," he added.