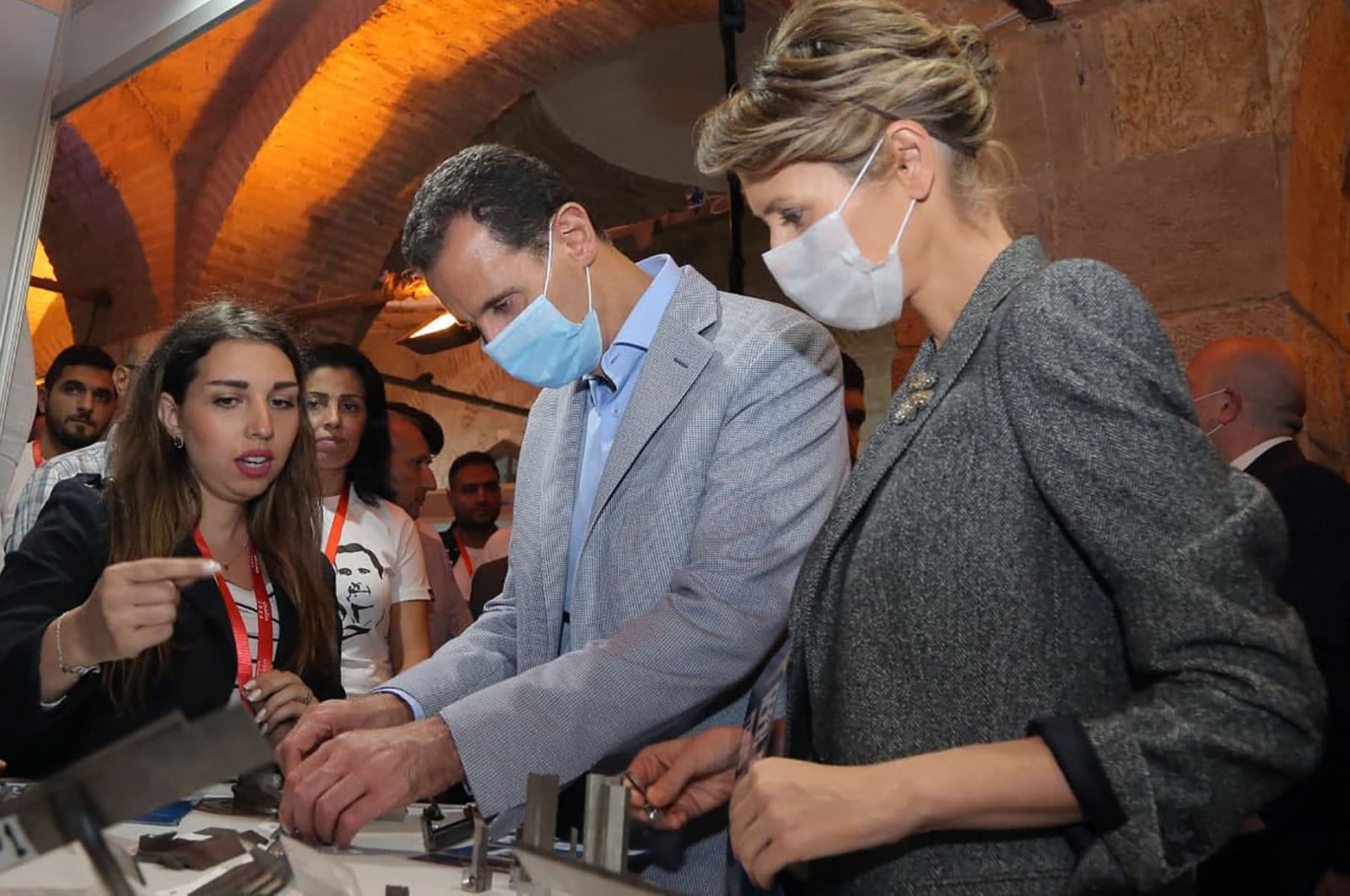 A file handout picture released by the official Syrian Arab News Agency (SANA) on November 4, 2020 shows Bashar Assad and his wife Asma, wearing face masks due to the COVID-19 pandemic, during a visit to a state-sponsored fair in Damascus for small businesses from Aleppo, northern Syria. (Photo: SANA via AFP)
by ASSOCIATED PRESS Mar 08, 2021 3:21 pm
RECOMMENDED

Syrian regime leader Bashar Assad and his wife Asma have tested positive for COVID-19 after showing minor symptoms, the Assad's office said in a statement on Monday.

It said they were both in good health and would continue to work while in isolation at home.

The first couple did PCR tests after they experienced minor symptoms consistent with the COVID-19 illness, the statement said, adding that Assad, 55, and his wife Asma, who is 10 years younger, will continue to work from home where they will isolate between two to three weeks.

Syria, which marks 10 years of war next week, has recorded nearly 16,000 virus cases in regime-held parts of the country, including 1,063 deaths. But the numbers are believed to be much higher with limited amounts of PCR tests being done, particularly in areas of northern Syria outside regime control.

The pandemic, which has severely tested even developed countries, has been a major challenge for Syria's health care sector, already depleted by years of conflict. Syria began a vaccination campaign last week, but no details have been given about the process, nor have local journalists been allowed to witness the rollout.

The health minister said the regime procured the vaccines from a friendly country, which he declined to name.

The announcement came days after international and Israeli media reports revealed that Israel paid Russia $1.2 million to provide the Syrian regime with coronavirus vaccines. It was reportedly part of a deal that secured the release of an Israeli woman held in Damascus.

The terms of the clandestine trade-off negotiated by Moscow remained murky. Damascus denied it happened and Russia had no comment. Israeli bankrolling of Syria’s vaccination efforts would be an embarrassment for Assad’s regime, which considers Israel its main regional enemy.

It was not immediately clear if Assad, who has been in power since taking over from his late father in 2000, or any of his family members have been vaccinated.

Syria has been mired in civil war for the past 10 years since anti-government protests that began as part of Arab Spring uprisings turned to an insurgency in response to a military crackdown. A decade of fighting has resulted in the death of hundreds of thousands of people and displaced millions.