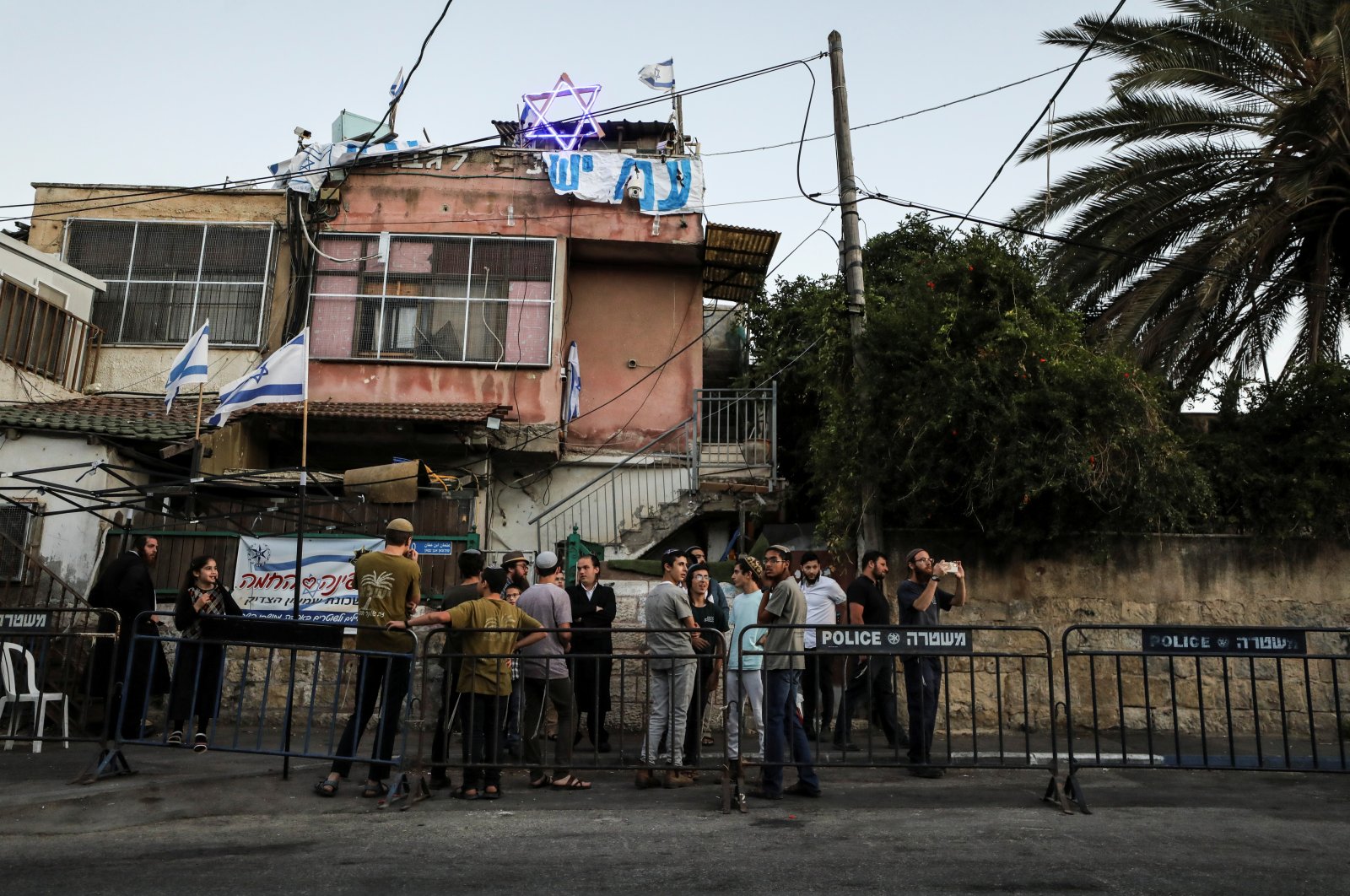 Palestinians in the occupied territories suffer from many forms of restriction of movement. Each and every day they are made to feel like criminals.

For months the world has watched a political eviction drama unfold between Israeli settlers and Palestinian residents of a tiny barricaded road in East Jerusalem that has become a microcosm of the long-running conflict. But while the cameras focus on the confrontations between mounted police and protesters on Othman Ibn Afan Street, for 15-year-old Tala Abu Diab, each day is a reminder that the quiet side street she grew up on has turned into a terrifying obstacle course.

Twice a day, the young Palestinian schoolgirl has to present her papers to the armed Israeli police stationed 24 hours a day at roadblocks on both ends of her street and wait for permission to go to and from her home.

"Our life is not a regular life anymore, I cannot go outside to see my friends nor can they come in to see me," Abu Diab said. "If they allow them in, which they rarely do, they stay for 30 minutes before clashes start to happen ... so my friends have to leave the neighborhood. That has affected me, I do not see people anymore except for family members."

Israeli police say the roadblocks and restrictions are to prevent friction between Palestinians and Israeli settlers, who have already moved into some of the homes on the street. Those barriers were upgraded to concrete after a Palestinian motorist rammed into them at high speed a month ago. He was shot dead by the police stationed there.

The tension arises from a long-running court case in which Jewish settlers are seeking possession of the homes of Abu Diab and others in a case that has drawn international attention and near-daily protests.

An Israeli court ruled in October in favor of settlers who say the Palestinian families are living on land that used to belong to Jews in territory that Israel captured in the 1967 war and later annexed in a move not recognized internationally.

The Palestinians, who question the legitimacy of the settlers' documents, have appealed the ruling. Israel's Supreme Court is expected to hear the case on Aug. 2. While the political and court dramas play out, Abu Diab says she and her sibling increasingly feel confined to the street.

"It's affected my mental health," said Abu Diab, whose school is 15 minutes away. "If I leave, they harass me and when I come back, they harass me. It is very hard."

Abu Diab is just one of the thousands of Palestinians who feel increasingly harassed. Abuses take place everywhere, starting from the street and ending in their own home.

On Tuesday, Israeli right-wing protesters held a flag march where thousands of people shouted offensive and racist slogans such as "Death to Arabs!” “Muhammad is dead!” and “Second Nakba is coming,” referring to Israel's creation when some 700,000 Palestinians – a majority of the population – fled or were driven from their homes. Israel's newly elected Foreign Minister Yair Lapid denounced far-right demonstrators but fell short of criticizing the government, which approved the controversial rally. In the video that was taken during the march Jews could be seen shouting "Palestine is dead" and slurs to Palestinians. Israeli security forces did not intervene until one Palestinian man accused offenders of racism. Israeli officers pushed him, forcing to leave the place.