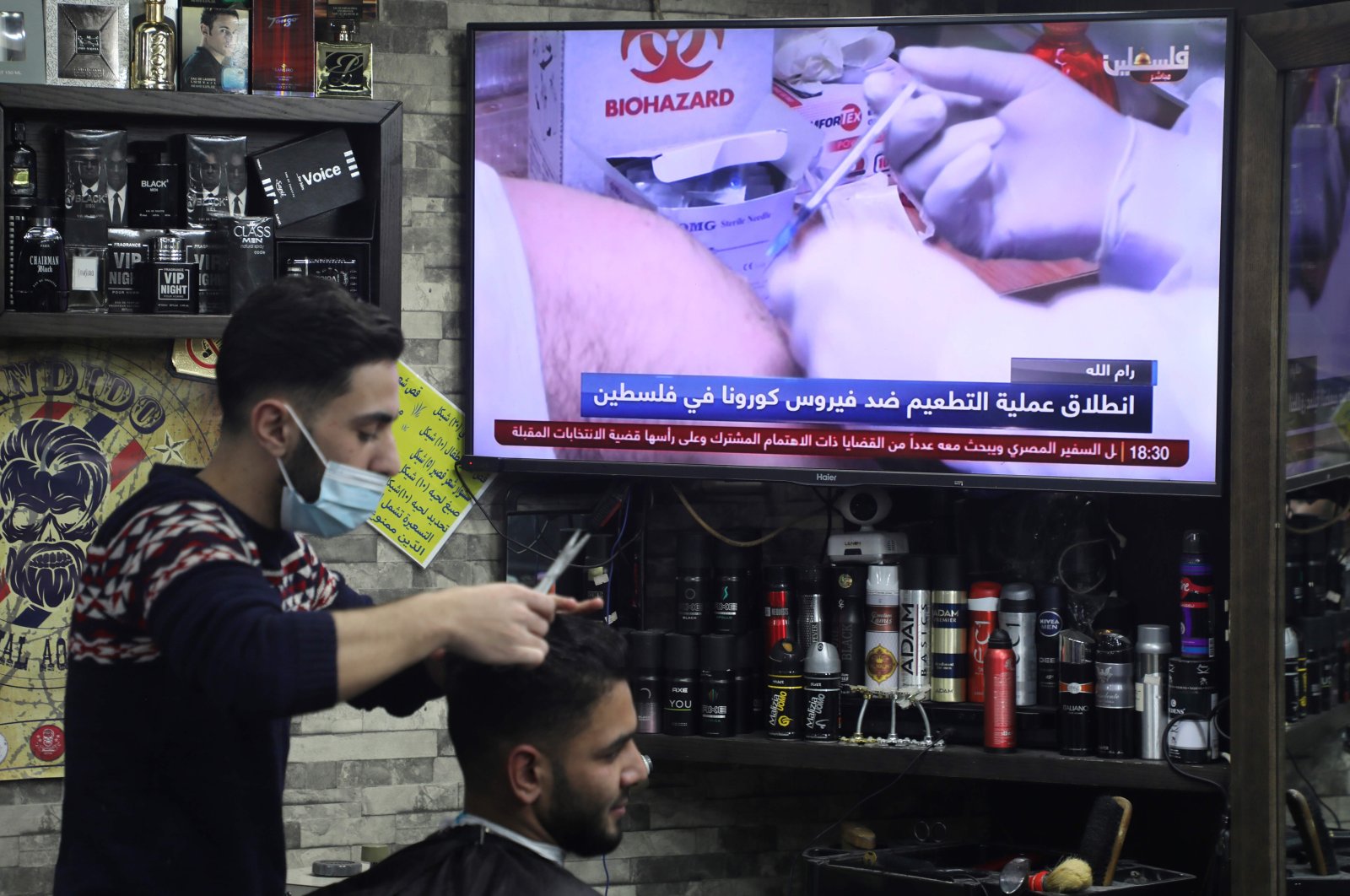 The Palestinian Authority on Tuesday kicked off its COVID-19 vaccination campaign starting with health workers in the occupied West Bank amid increased pressure on Israel to provide the jabs.

Israel, which is carrying out an aggressive inoculation campaign for its own citizens, has faced mounting global pressure in recent weeks, including from the United Nations, to help Palestinians in the West Bank and Gaza Strip access vaccines.

Israel's defense ministry said Sunday that it would send 5,000 vaccine doses to the Palestinian Authority to vaccinate medical workers.

She added that on Wednesday a supply of doses would be sent to Gaza, an Israeli-blockaded territory controlled by Hamas, destined for front-line workers in the enclave.

"We have given highest priority to health personnel... and those working in intensive care units," she said in a video distributed by Palestinian television.

The Palestinian Authority has previously said that it expects to receive a vaccine supply through the U.N.-backed COVAX program, set up to help less wealthy nations respond to the pandemic.

The PA, based in Ramallah in West Bank, has also said that it had signed contracts with four vaccine providers, including the makers of Russia's Sputnik V.

Its procurement arrangements should be enough to cover 70% of the Palestinian population in the West Bank and Gaza, the PA has said.

In the West Bank, home to some 2.8 million Palestinians, more than 108,000 coronavirus cases have been recorded, including 1,325 deaths.

In Gaza, a deeply-impoverished territory with an estimated two million residents, Hamas authorities have registered more than 51,000 cases, including 523 deaths.

Israel's vaccination rollout is widely described as the world's fastest per capita, with more than 3 million of the country's 9 million people having received one of the two required Pfizer jabs.

Israel has also procured doses from Moderna, including those sent to the Palestinian Authority, officials said.

The United Nations as well as leading rights groups including Human Rights have argued that the Jewish must ensure the Palestinians are vaccinated, citing its obligations under international law as an occupying military power.

Israel has occupied the West Bank since the 1967 Six-Day War.

Its forces withdrew from Gaza in 2005, but have maintained a tight blockade on the strip since 2007, the year Hamas took power.

Prime Minister Benjamin Netanyahu told journalists Tuesday that he "approved" the small vaccine shipment to the West Bank given Israel's "interest in there not being high infections there."

"We are not New Zealand and we are not Australia," Netanyahu said at a rare press conference.

"We are joined to the Palestinians, they work here they come here."

Palestinian President Mahmud Abbas this week extended the state of emergency in the West Bank by 30 days in a bid to stem transmission.

Hamas has also maintained tight restrictions in Gaza, including nightly and weekend curfews.