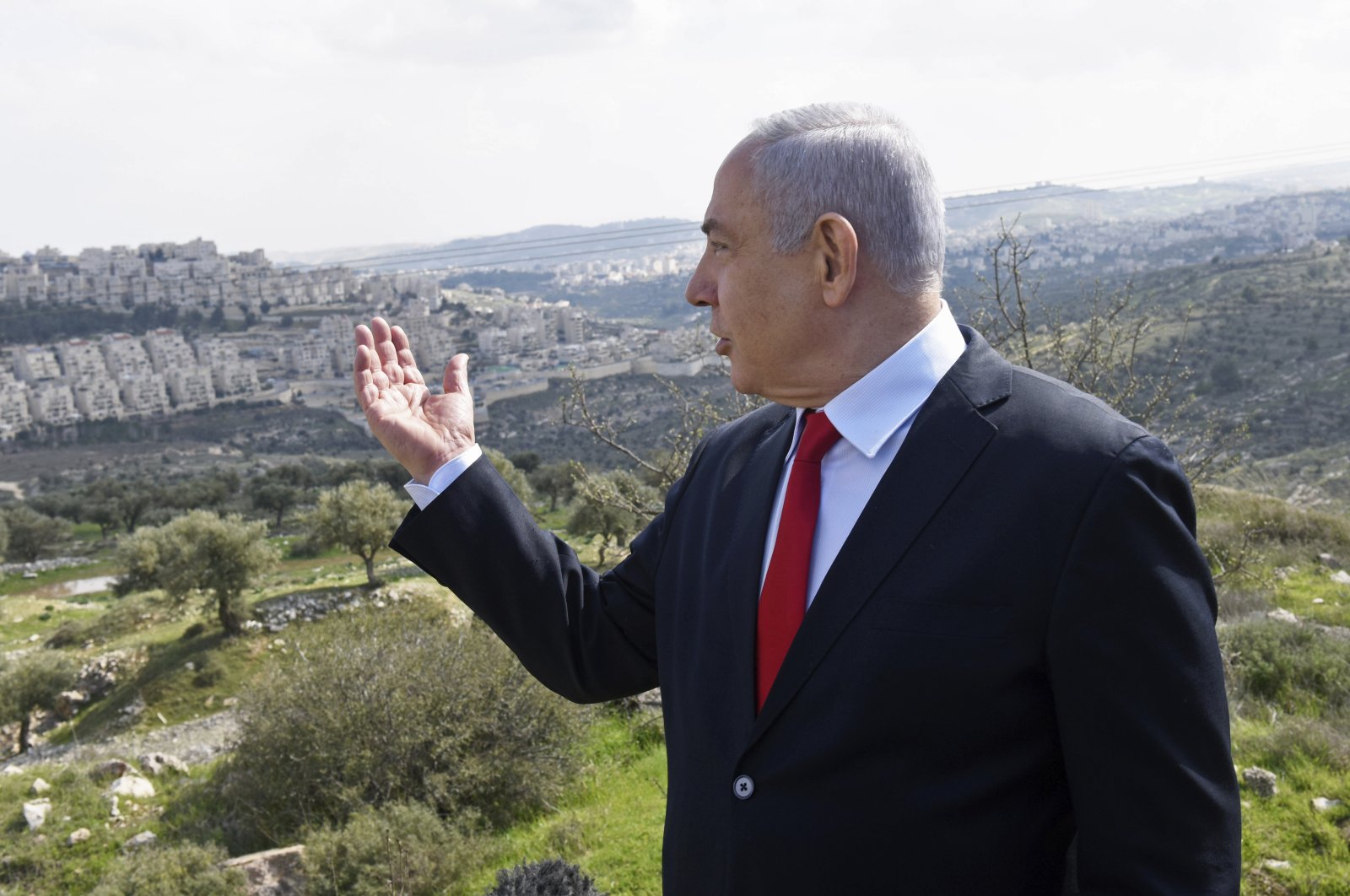 Israeli Prime Minister Benjamin Netanyahu visits the area where a new neighborhood is to be built in the East Jerusalem settlement of Har Homa, Israel, Feb. 20, 2020. (AP Photo)
by Anadolu Agency May 11, 2020 3:26 pm
RECOMMENDED

"Annexation is not in line with international law. If it goes ahead, the EU will act accordingly," he told the European Commission's daily press briefing.

The Palestinian News Agency (WAFA) reported on Sunday that EU foreign ministers are considering sanctions against Israel if the country goes ahead with its plan to annex further parts of the occupied West Bank.

But it is too early to speculate on whether the EU would impose sanctions or revise its partnership with Israel, he added.

However, he said, the EU has already expressed its opinion on the West Bank's annexation.

It last did so this February, when U.S. President Donald Trump announced his so-called "Deal of the Century" Middle East peace plan, widely criticized as trying to legitimize Israel's occupation of Palestinian lands.

After the plan's release, Borrell expressed concern over "the prospect of annexation of the Jordan Valley and other parts of the West Bank" and warned the EU would challenge any steps toward this end.

The EU is committed to "a negotiated two-state solution, based on 1967 lines, with equivalent land swaps," which must be agreed to by Israel and an "independent, democratic, contiguous, sovereign and viable State of Palestine," he said.

Like Turkey and much of the international community, the EU does not recognize Israel's sovereignty over the territories it has occupied since 1967.