Gaza health facilities must be protected amid Israeli attacks: WHO 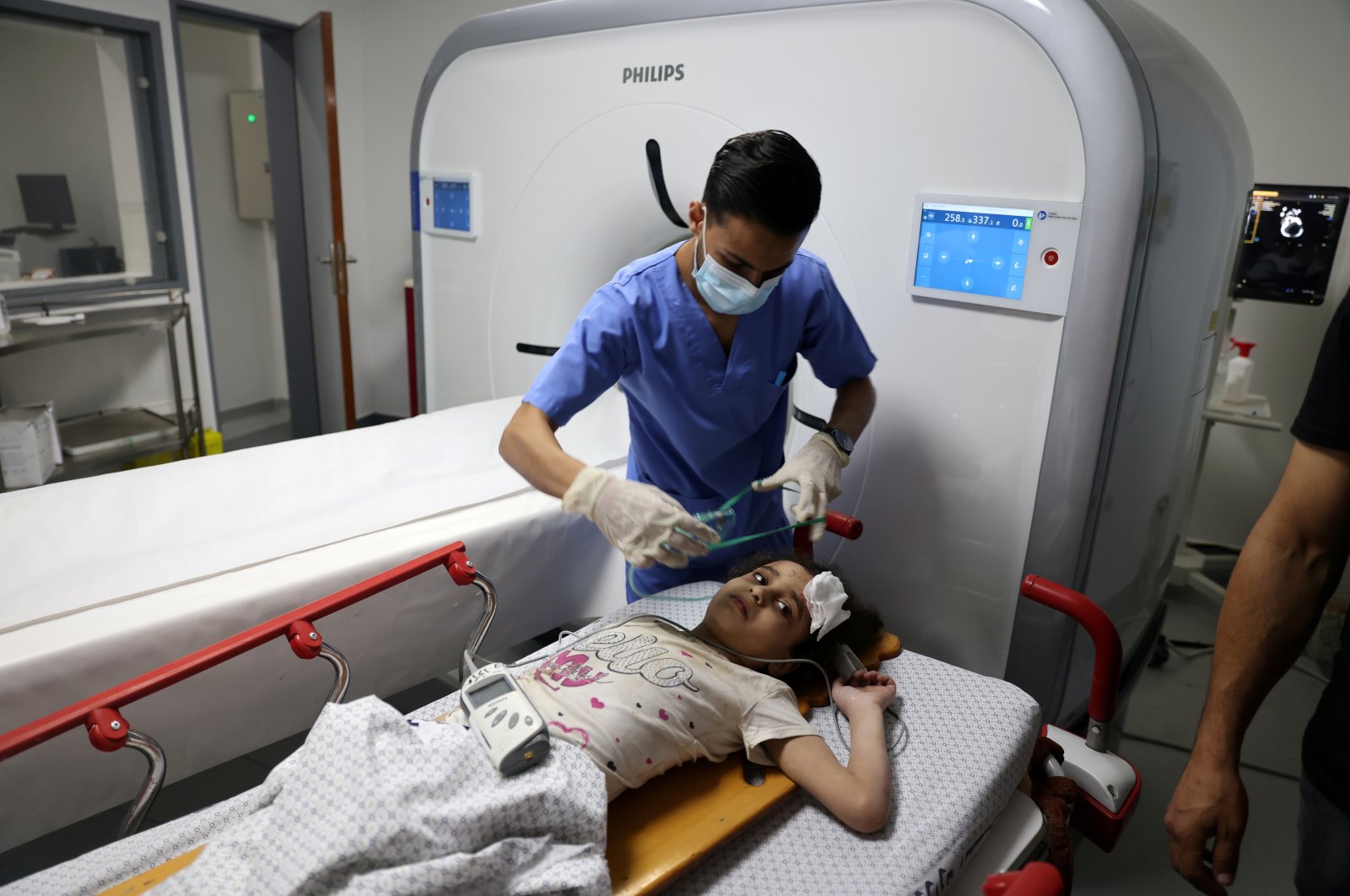 A Palestinian girl is treated by a medic at a hospital after being pulled from the rubble of a building amidst Israeli airstrikes, in Gaza City, Palestine, May 16, 2021. (Reuters Photo)
by French Press Agency - AFP May 17, 2021 6:21 pm
RECOMMENDED

It is "imperative in all circumstances" to protect health workers and medical facilities in the Gaza Strip, the World Health Organization chief said Monday in light of the indiscriminate Israeli attacks in the region.

In his first comments about the conflict that has killed more than 200 people in the past week, Tedros Adhanom Ghebreyesus said that in addition to deep concerns over the security and humanitarian crisis, "the health situation is also highly concerning."

"In the recent escalation of conflict, dozens of incidents involving health workers and health facilities have occurred," he told reporters.

"Furthermore, COVID-19 testing and vaccination has been severely impacted," he said, cautioning that "this creates health risks for the world as a whole."

"Protection of health workers and health facilities is an imperative in all circumstances," he insisted.

"Health workers and infrastructure should always be protected and I call for leaders on all sides to ensure respect for these vital humanitarian laws."

Since May 10, some 200 Palestinians have been killed in Gaza, including at least 59 children, and more than 1,300 wounded since Israel launched its air campaign against Hamas after the group fired rockets, according to the authorities there.

On Sunday alone, 42 Palestinians in Gaza – including at least eight children and two doctors, according to the health ministry – were killed in the worst daily death toll in the enclave since the bombardments began.

Israel says 10 people, including one child, have been killed and more than 309 wounded by rocket fire that has been the most intense to ever rain down on the Jewish state.

"All attacks on health care need to cease immediately, and access for people to appropriate health services needs to be guaranteed," he said.