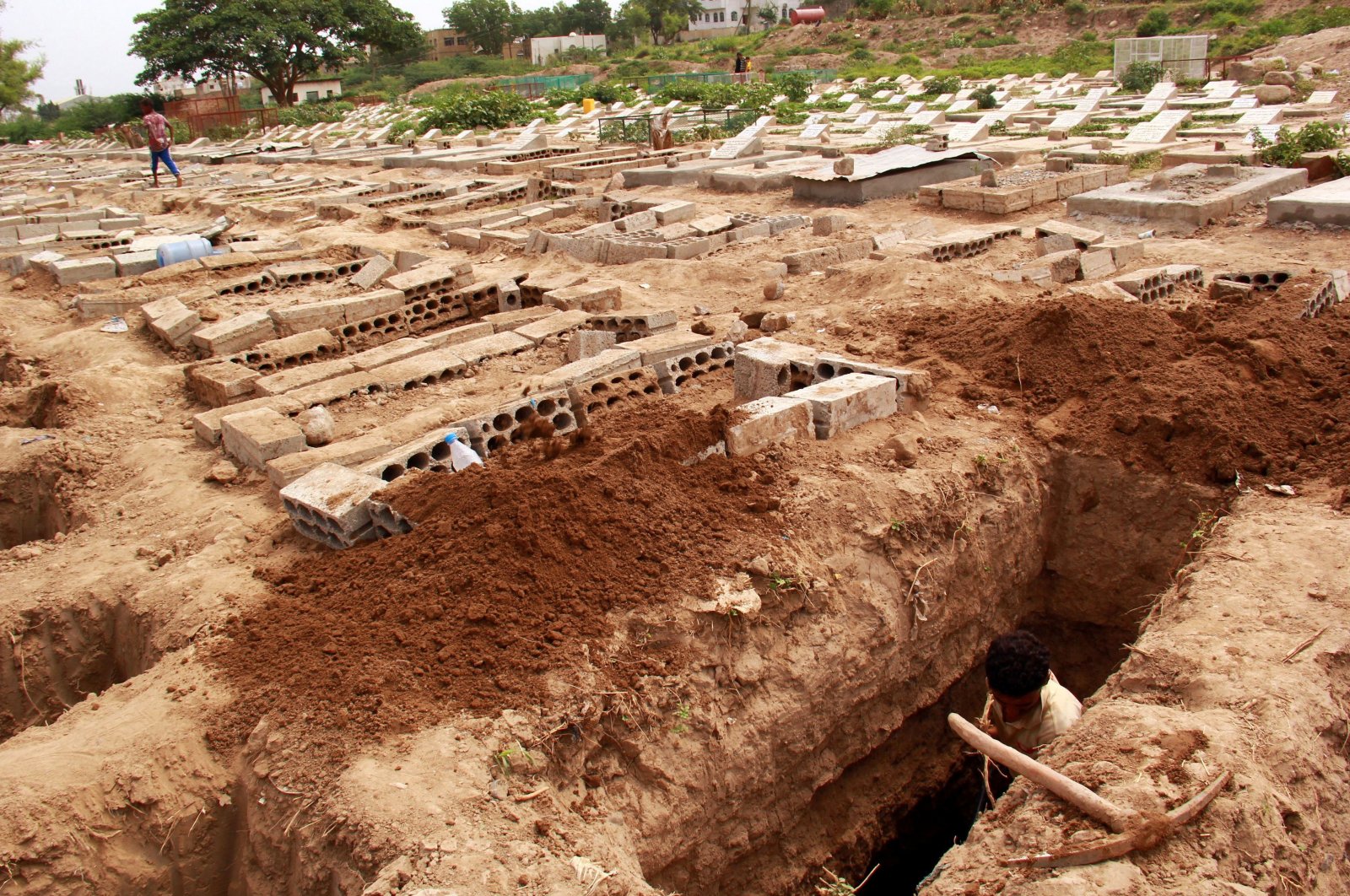 A first-of-its-kind study using satellite images to count fresh graves and analyze burial activity in Yemen has estimated the death toll there from COVID-19 or coronavirus-related causes is far higher than official government figures suggest.

Using high-resolution satellite imagery, researchers at the London School of Hygiene & Tropical Medicine (LSHTM) analyzed burial activity at all identifiable cemeteries in Yemen's Aden region and calculated an estimated 2,100 "excess deaths" during the COVID-19 outbreak between April and September.

"This total is best interpreted as the net sum of deaths due to COVID-19 infection and deaths indirectly attributable to the pandemic," they said. The indirect deaths would be those caused by disruptions to health services or by measures which may have caused problems accessing food, they added.

Humanitarian and global health experts had expected the COVID-19 pandemic's impact on Yemen to be severe, not least because the country's five-year conflict has disrupted already weak health services and led to overcrowding, food insecurity and shrinking humanitarian aid.

"The health system has been devastated, only half of the health facilities are fully functioning – and those which remain open usually lack qualified staff, essential medicines and medical equipment, such as masks and gloves, oxygen and other essential supplies," WHO spokesman Tarik Jasarevic told a briefing in Geneva.

No comment was immediately available from Yemen authorities on the satellite estimates, but the internationally recognized government has said previously that it reports figures daily for areas under its control and nothing is hidden.

Jasarevic said the WHO and other global health experts "remain concerned that the official epidemiological curve underestimates the extent of COVID-19 in Yemen." He said this was due to a number of factors, including low availability of testing and a lack of official reporting.

Francesco Checchi, who co-led the grave-counting study, noted that having an accurate picture of COVID-19's impact "is vital for effective government and humanitarian responses."

The researchers, whose study has not yet been peer-reviewed by other experts, cited supporting material in their analysis.

In May, videos posted on social media and information from informants reported high numbers of fresh graves, suggesting a spike in burial activity, they said, adding: "The use of mechanical excavators in place of human gravediggers suggested that demand exceeded routine capacity."

During the same period, the global medical charity Médecins sans Frontières reported a peak in hospital admissions, with a very high case-fatality ratio, and media said a shortage of personal protective equipment had forced several hospitals to close or reject patients with COVID-19-like symptoms.

The research was funded by aid from the U.K. government and led by LSHTM and the technology company Satellite Applications Catapult, which specializes in geospatial analysis.

The researchers said they are now conducting a similar study in Mogadishu, Somalia.