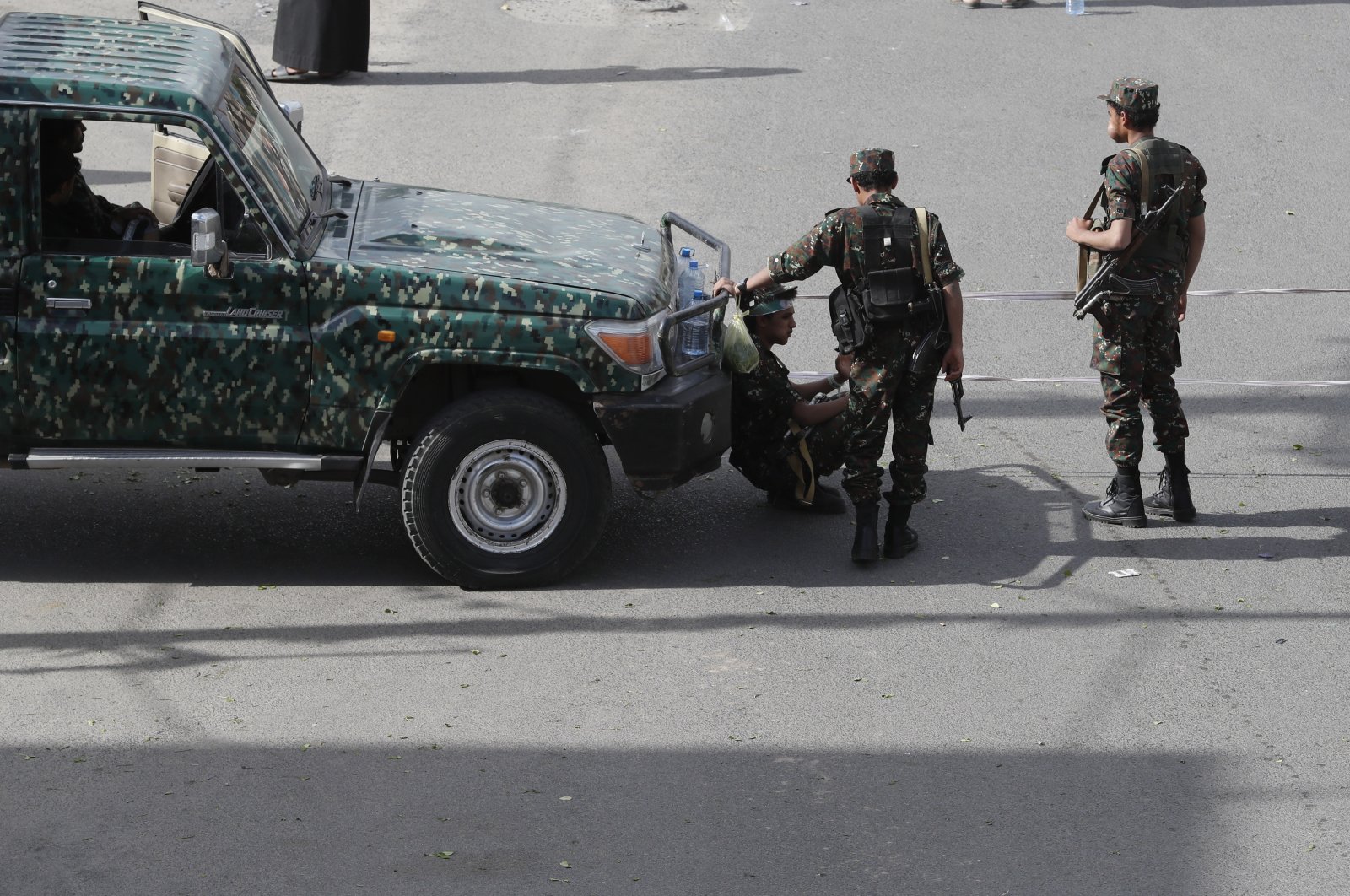 Houthi fighters stand guard during a rally as the prolonged fighting escalates between the warring factions in Yemen, in Sanaa, Yemen, Sept. 2, 2021. (EPA Photo)
by Reuters
Sep 05, 2021 1:00 pm

The Houthi movement, which has been at war against a Saudi-led coalition in Yemen since 2015, claimed responsibility for the attack, saying it had targeted Saudi oil giant Aramco's facilities at Ras Tanura in the city of Dammam with eight armed drones and a missile.

The Houthis also launched attacks on other Aramco facilities in the southern Saudi provinces of Jizan and Najran provinces, said Yahya Sarea, spokesperson for the group's armed forces.

Saudi Aramco did not immediately respond to a request for comment. A source familiar with the matter said there was no impact on the company's infrastructure and that the attack happened outside its facilities.

A missile was intercepted over a suburb of Dammam, with scattered shrapnel injuring the two children and causing minor damage to 14 houses, the Saudi ministry said. Other missiles and drones were intercepted over Jizan and Najran, it added.

The Eastern Province, home to significant oil infrastructure, has been targeted by previous aerial attacks, including one on two Aramco plants in September 2019 that temporarily knocked out half the country's oil production.

The Saudi-led military coalition intervened in Yemen after the Iran-aligned Houthis ousted the government of President Abed Rabbo Mansour Hadi from power in 2014.

The war, which has killed tens of thousands of people, mostly civilians, and triggered the world's worst humanitarian crisis, has been locked in a military stalemate for years.

Peace talks backed by the United Nations and the United States have been focused on lifting a blockade on Houthi-held ports and Sanaa airport in return for a commitment from the Iran-aligned group for truce talks.

But they have stalled in recent months, with the warring sides failing to reach a compromise.