Huge cache of arms for Houthis smuggled to Somalia: Study 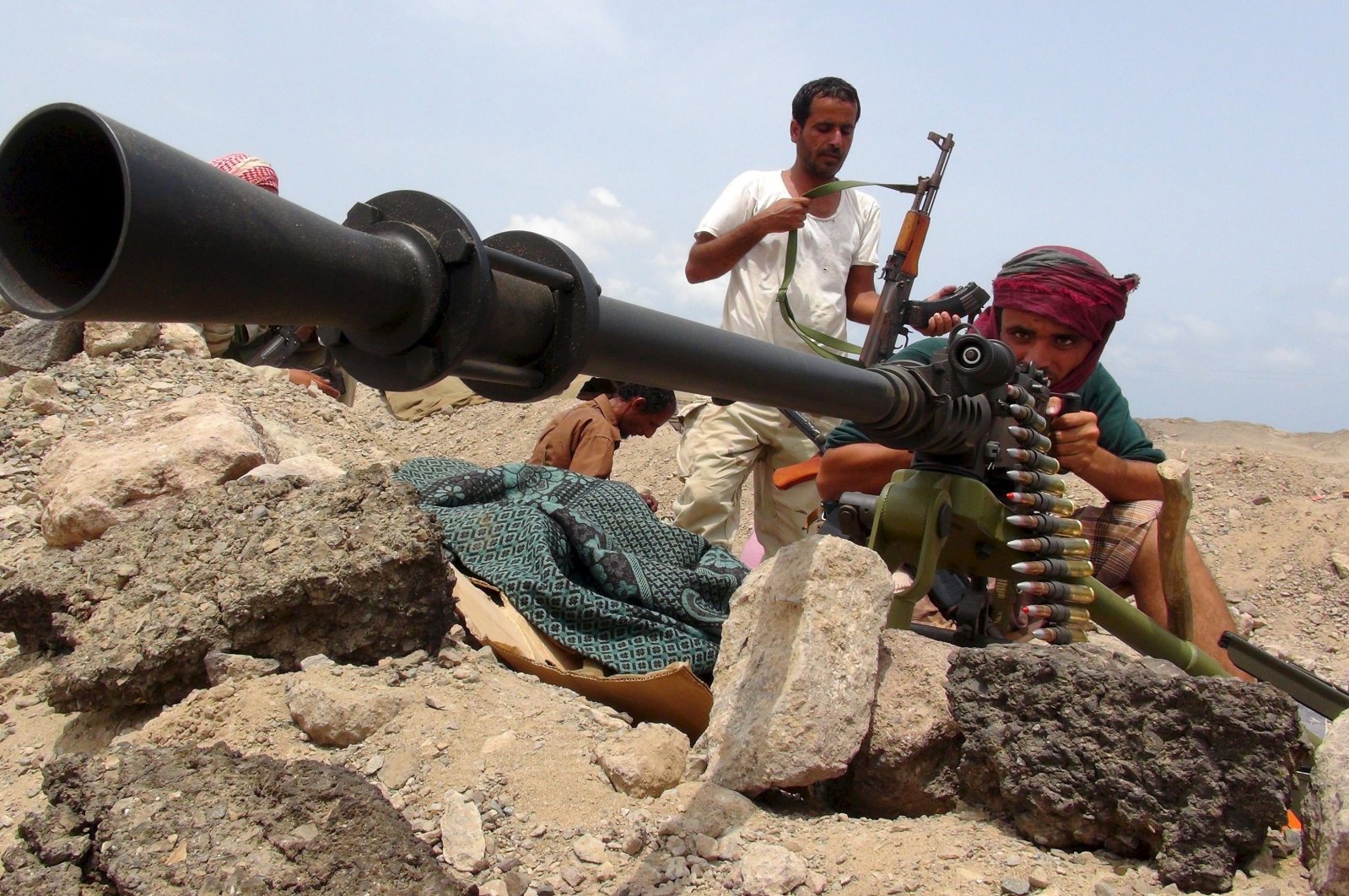 A fighter from the Southern Popular Resistance takes aim with a machine gun on the outskirts of the southern port city of Aden, Yemen, Jun 6, 2015. (Reuters Photo)
by French Press Agency - AFP Nov 10, 2021 3:08 pm
RECOMMENDED

According to a Geneva-based think tank, weapons supplied by Iran to its Houthi allies in Yemen are being smuggled across the Gulf of Aden to Somalia, where al-Qaida-linked al-Shabab insurgents are battling a weak and divided government.

The Global Initiative against Transnational Organized Crime said its study is based on data from more than 400 weapons documented in 13 locations across Somalia over eight months and inventories from 13 dhows (traditional sailing vessels) intercepted by naval vessels.

It is the first publicly available research into the scale of illicit arms smuggling from Yemen into the Horn of Africa country.

"Weapons originating in the Iran-Yemen arms trade are being trafficked onward into Somalia itself," said the study, which is due to be published on Wednesday. "Iran has repeatedly denied any involvement in the trafficking of arms to the Houthis. However, a preponderance of evidence points to Iranian state supply."

Iran's foreign ministry and a spokesperson for Houthi forces did not respond to a request for comment on the study. Iran has repeatedly denied any involvement in the trafficking of arms to its Houthi allies in Yemen, where the six years of civil war has killed tens of thousands.

The Somali government spokesman and the internal security minister did not return calls or messages seeking comment.

The study said the investigators were not able to fully document the buyers and sellers of the weapons. But it said signs showed that the Iranian state originally supplied the guns that included serial numbers from identical series, indicating they were part of the same shipment, information from satellite navigation systems on seized dhows, and human intelligence from trafficking gangs.

One dhow carrying weapons, which was seized by a U.S. navy vessel, had GPS with stored points in Iran, southern Yemen and Somalia, the report said, including a small anchorage near Jask port, which hosts an Iranian naval base, and "home" as the Yemeni port of Mukalla, a well-known arms smuggling hub.

The report stated that the guns end up with commercial smuggling networks whose customers can include armed factions seeking advantage ahead of Somalia's repeatedly delayed presidential elections and clan militias and rival insurgent groups linked to al-Qaida and Daesh.