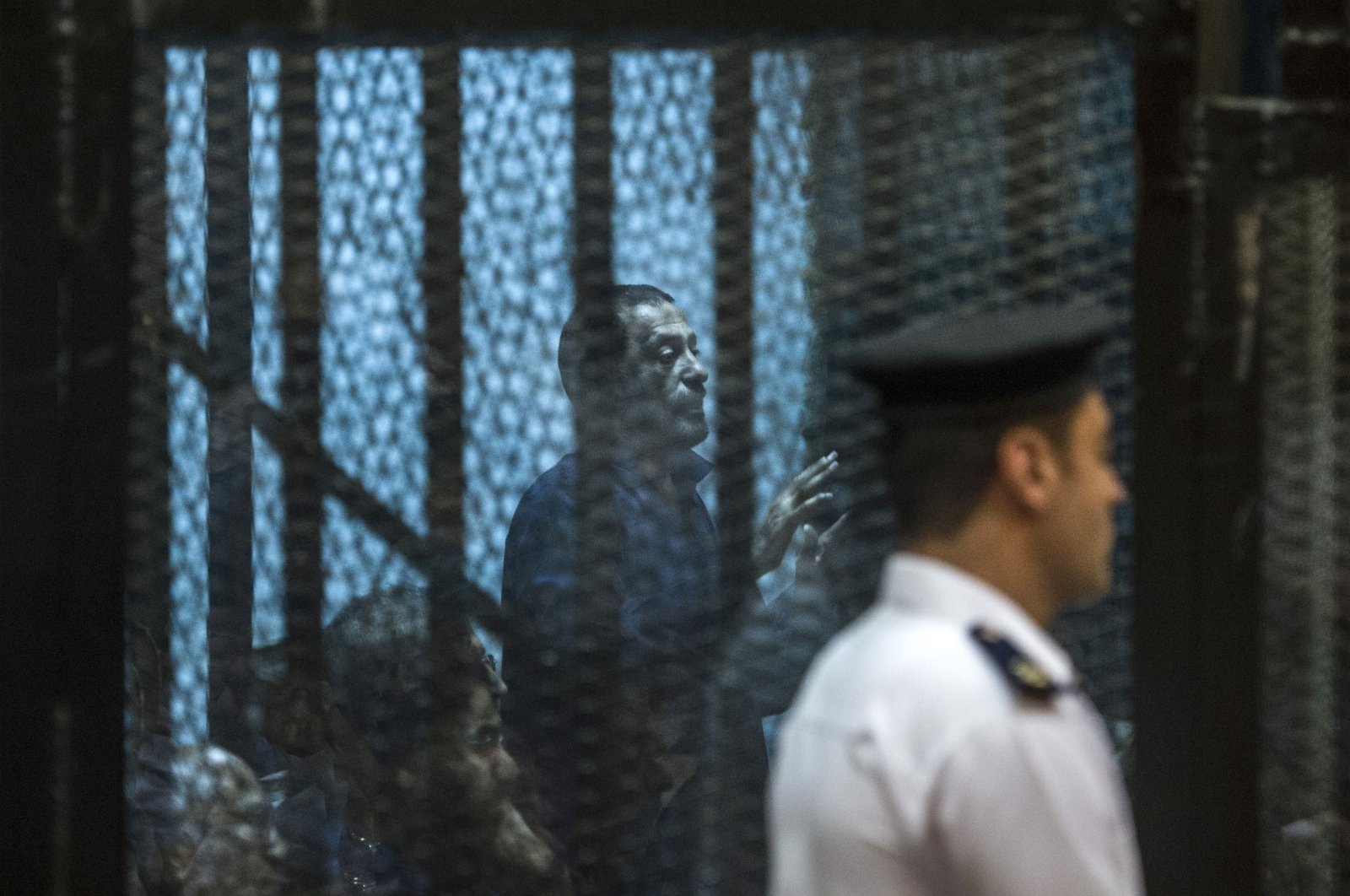 Muslim Brotherhood top figure Ahmed Abou Baraka gestures from behind the defendant's cage during trial for insulting the judiciary alongside 25 other defendants, Cairo, Egypt, May 23, 2015. (AFP Photo)
by French Press Agency - AFP Sep 07, 2021 9:16 am
RECOMMENDED

Human Rights Watch (HRW) urged international sanctions against Cairo as the group accused Egypt on Tuesday of routinely killing opponents in "unlawful extrajudicial executions" made to look like shootouts.

Citing interior ministry figures, the New York-based rights group found that at least 755 people were killed in 143 alleged shootouts – with only one suspect arrested.

"Egyptian security forces have for years carried out extrajudicial executions, claiming that the men had been killed in shootouts," HRW said.

The group's compilation of interior ministry statements covered the period from January 2015 until December 2020.

"The alleged armed militants killed in the so-called shootouts did not pose an imminent danger to security forces or others when they were killed and in many cases had already been in custody," the group claimed in its 101-page report.

The rights group said that in most of the statements authorities had claimed that suspected militants opened fire first, compelling security forces to shoot back. Authorities alleged that all those killed were sought for "terrorism" and most belonged to the Muslim Brotherhood.

The Muslim Brotherhood, one of Egypt's oldest political movements with spin-offs around the Muslim world, was outlawed as a "terrorist organization" in 2013 following the military ouster of the first democratically elected president, Mohammed Morsi. President Abdel-Fattah el-Sissi, who led the military takeover in 2013 and came to power in 2014, has overseen a wide-ranging crackdown against dissidents and activists.

HRW interviewed relatives, lawyers, activists and a journalist on the specific cases of 14 men who it says were slain in extrajudicial killings.

"Members of eight families said they saw what they believed were signs of abuse on the bodies of their killed relatives, including burns, cuts, broken bones or dislocated teeth," the report noted. "The conclusions drawn from the documented incidents demonstrate a clear pattern of unlawful killings and cast serious doubt on almost all reported 'shootouts'," it added.

In March, 31 countries staged a rare rebuke of Egypt at the U.N. Human Rights Council, expressing alarm over its use of anti-terrorism laws against government critics.