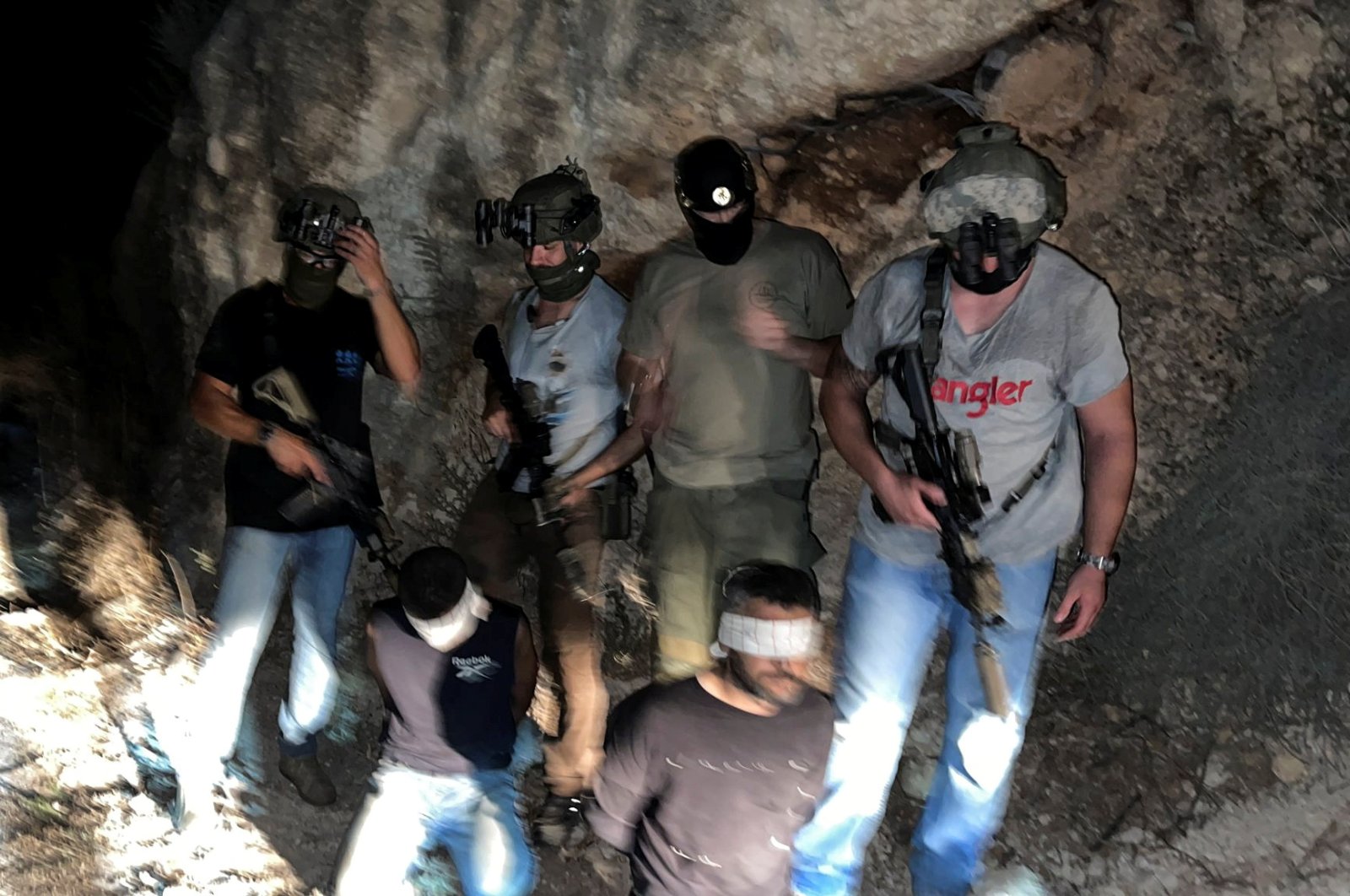 Israeli security forces stand next to Palestinians Zakaria Zubeidi and Mahmoud al-Arda after they had been arrested following their escape from Gilboa prison together with other four Palestinians, in the Israeli village of Umm Al Ghanam, Israel, September 11, 2021. (Reuters Photo)
by Agencies Sep 14, 2021 4:21 pm
RECOMMENDED

Almost 1,400 Palestinians held in Israeli prisons are to go on hunger strike to protest their detention conditions since a jailbreak last week, the Palestinian Authority (PA) said Tuesday.

Tensions have been running high since six inmates staged a dramatic escape from a high-security jail in northern Israel on September 6, via a tunnel dug under a sink.

Hundreds of their fellow inmates were transferred to other jails and personal items confiscated in searches carried out by guards, according to the Palestinian Prisoners' Club. Angry prisoners started protests in several jails.

"The situation is very bad in the prisons, that's why they're going on hunger strike," Qadri Abu Bakr, head of PA's commission for prisoners, told Agence France-Presse (AFP). He said 1,380 prisoners – of more than 4,000 Palestinians held in Israeli jails – were to start the strike action on Friday, to be joined by other inmates next week.

The Red Cross has said Israel has decided to allow visits to prisoners after they were suspended last week. But Qadri expressed concern over the fate of the four recaptured escapees, whom the Red Cross has not been allowed to visit.

Zubeidi, along with other five Palestinian prisoners, had escaped from the high-security Gilboa prison in northern Israel a week ago Monday. He and three other inmates, however, were caught by Israeli forces. His defense lawyer Avigdor Feldman had earlier asked the court to transfer the Palestinian prisoner to a hospital for treatment, saying that Israeli officers had hid Zubeidi’s face from cameras during Saturday’s court session to hide his injuries.

On Saturday, the court extended the police detention of Zubeidi and the three other prisoners till Sept. 19, as Anadolu Agency (AA) reported. The jailbreak has been hailed as a "big victory” by Palestinians, while Israelis decried it as a major security and intelligence failure.